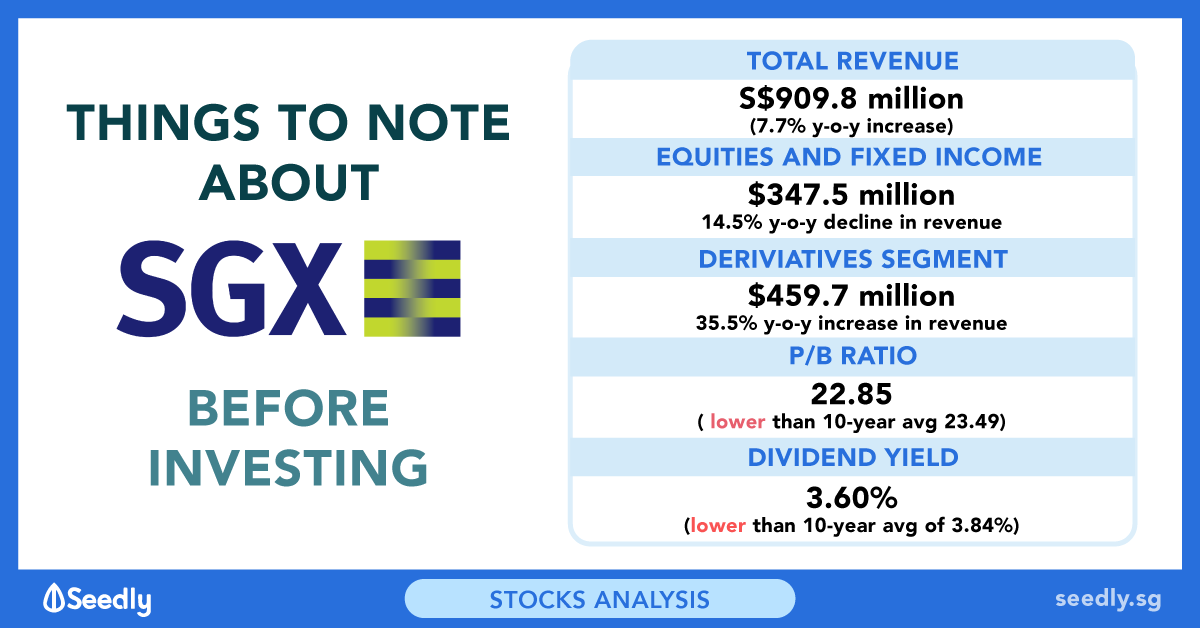 Singapore Exchange Limited (SGX: S68) is a leading multi-asset exchange in Asia. It offers listing, trading, clearing, settlement, depository and data-based services of both securities and derivatives from Singapore. As of 30 September 2019, it is worth S$9.08 billion in market capitalisation.

In this article, I’ll cover the performance for its three main segments, its annual financial results, and stock valuation. Here are 10 things to know about SGX before you invest:

1. The Equities and Fixed Income segment recorded a 14.5% year-on-year decline in revenue to S$347.5 million. The drop was mainly due to fewer bond and equity listings during the year, and a 17% drop in securities daily average traded value (SDAV). This led to a decrease in revenue in listing (-11%), securities clearing (-19%), and securities settlement (-13%).

2. The Derivatives segment recorded a 35.3% y-o-y increase in revenue to S$459.7 million. This was due to a 21% increase in total volume mainly from SGX FTSE China A50, MSCI Taiwan, and iron ore derivative contracts.

3. The Market Data and Connectivity segment recorded a 4.3% y-o-y increase in revenue to S$102.5 million. This was due to a higher usage of market data, growth in the company’s colocation services business, and higher derivatives connectivity subscriptions.

4. Total revenue increased 7.7% y-o-y to S$909.8 million. Since 2010, revenue has increased at a compound annual growth rate (CAGR) of 4.0%. This growth was mainly contributed by the Derivative and Market Data segments during the period. Net profit grew 7.7% y-o-y to S$391.1 million – the highest since the Global Financial Crisis. SGX has an average return on equity of 35.5% since 2010.

7. In September 2019, SGX announced that it entered a memorandum of deepening cooperation with the Chongqing Municipal Financial Regulatory Bureau to promote capital flows and enterprise fundraising. The parties will work together to promote capital flows from Chongqing’s domestic investors into Singapore’s capital markets, as well as explore fundraising opportunities in Singapore for enterprises from central and western China. 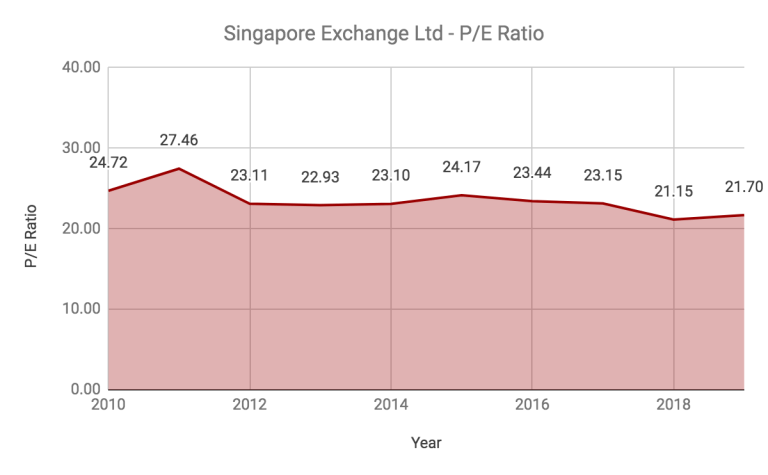 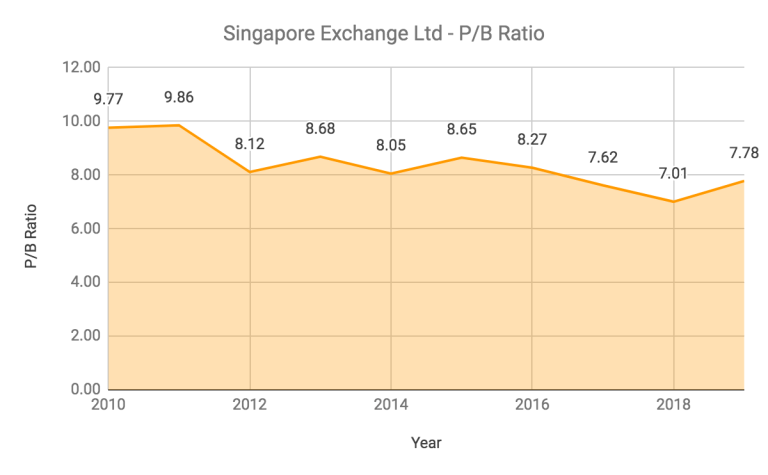 10. Dividend yield: SGX paid a dividend per share of S$0.30 for FY2019, continuing its track record of paying a consistent dividend to shareholders. 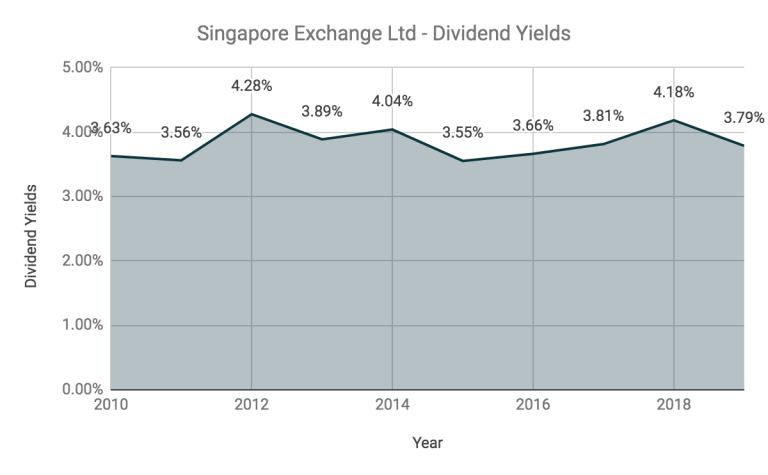 SGX has delivered steady results and consistent dividends to shareholders over the last 10 years. While growth in its Equities and Fixed Income segment has largely remained flat, its Derivatives segment has shown strong growth and now accounts for half of SGX’s total revenue.

In terms of valuation, SGX is trading near its long-term averages and can be considered fairly valued at this point.

Why not check out Seedly’s QnA and participate in the lively discussion surrounding stocks like (SGX: S68) and many more!