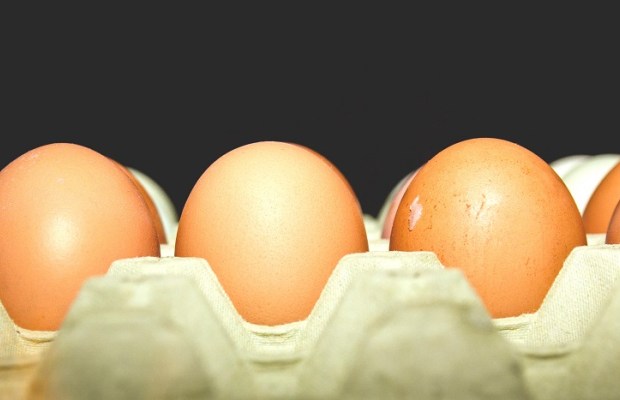 QL Resources Berhad is a multinational agro-food corporation which is primarily involved in three core businesses: integrated livestock farming, marine products manufacturing, and palm oil activities. As I write, the company is worth RM11.2 billion in market capitalization, making it one of the most notable homegrown success stories in Malaysia.

In this article, I’ll bring an update on QL’s financial results, its plans for growth, and introduce a few valuation metrics to assess its current stock price. Here are 13 things you need to know about QL Resources before you invest.

1. QL’s marine products manufacturing division includes deep-sea fishing, aquaculture activities, and the production of surimi, fishmeal, and consumer foods under brands such as Mushroom and Figo. Presently, QL is the largest surimi and fishmeal producer in Malaysia and its products are distributed over Asia, Europe, and North America. In 2018, this division made RM905.4 million in revenue – the 10th consecutive year of sales growth. 2. QL’s integrated livestock farming division is a leading operator of animal feed raw materials and poultry farms in Malaysia. It is able to produce 5.5 million eggs a day, 40 million day-old chicks (DOC) and 20 million broilers a year, and trades over one million metric tonnes (MT) of animal feed raw materials annually. Egg production increased by 20% from 2017, while DOC and broiler production remained the same. The increase in egg production contributed higher revenues of RM1.97 billion in 2018 — the highest over the last 10 years. 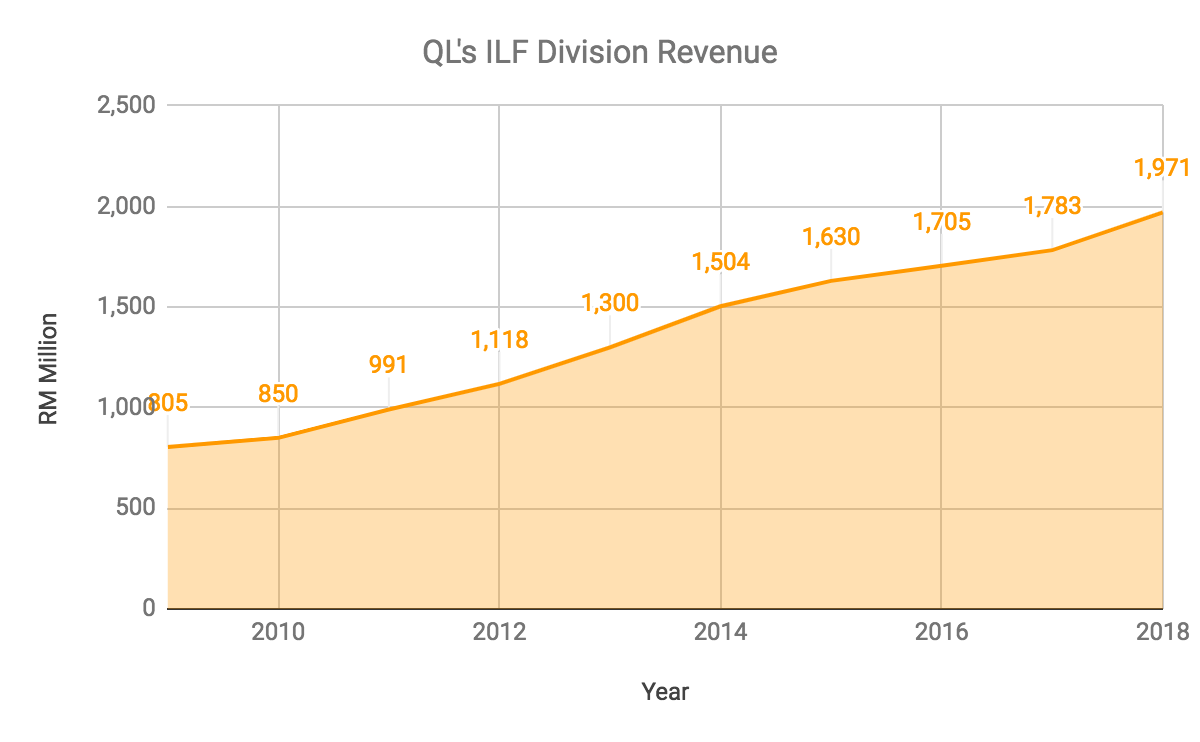 3. QL owns 1,200 hectares of mature palm oil estate in Sabah and 15,000 hectares (9,000 hectares mature) of palm oil estate in East Kalimantan, Indonesia. It also owns three palm oil mills and a 44% stake in Boilermech Holdings, the largest manufacturer of biomass boiler in Southeast Asia. In 2018, the palm oil activities division made RM387.3 million in revenue, up from RM351.9 million the year before. This was mainly contributed by improved fresh fruit bunches production in 2018. 4. QL has a compound annual growth rate (CAGR) of 9.9% and 9.7% in revenue and shareholders’ earnings respectively over the past 10 years. Revenue increased from RM1.40 billion in 2009 to RM3.26 billion in 2018, which contributed to growth in shareholders’ earnings from RM89.3 million to RM206.2 million over the same period. QL has maintained a stable net profit margin of 6-7% over the past 10 years. 5. As at 30 June 2018, QL reported non-current liabilities of RM569.8 million and has a gearing ratio of 30.5%. Over the past 10 years, QL has generated RM1.77 billion in cash flows from operations and raised RM1.07 billion in net equities and net long-term borrowings. Out of which, QL has:

QL’s cash balance increased from RM61.1 million in 2009 to RM282.3 million in 2018. Not only is QL a cash-generating business, but its management has reinvested its cash proceeds well which have resulted in higher sales, profits, and dividends over the last 10 years. 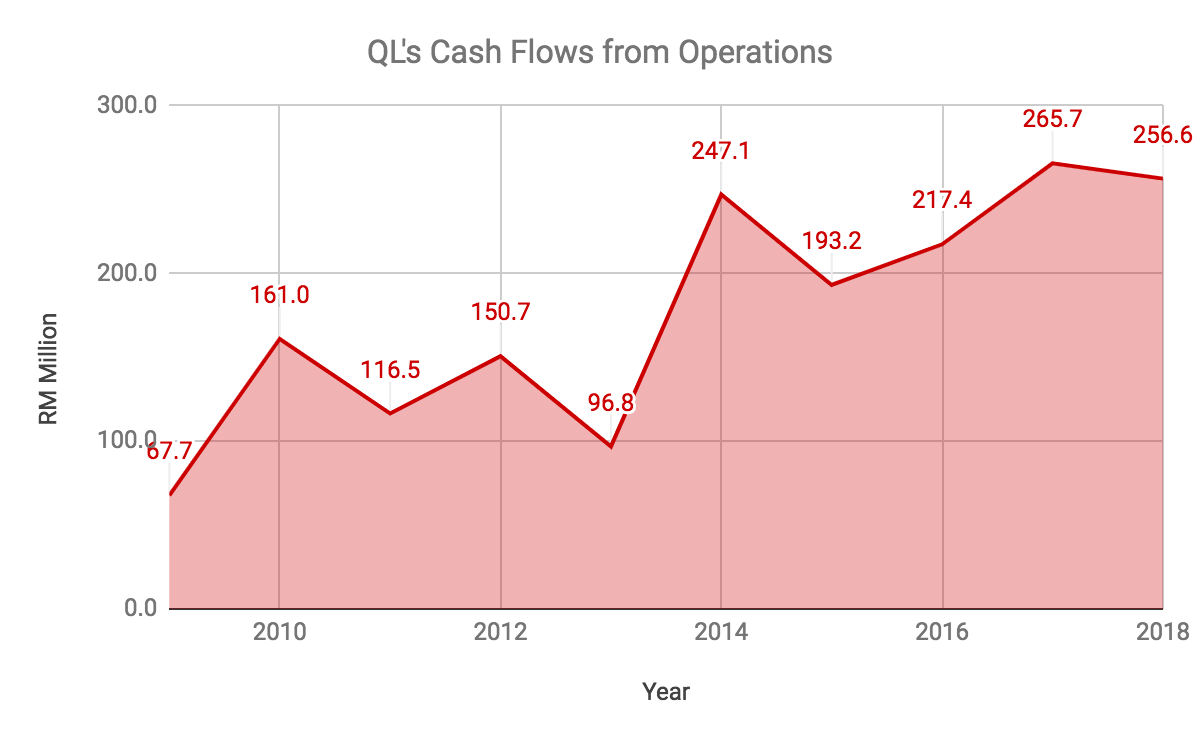 7. QL is expanding its new integrated layer farm in Raub, Pahang which would increase total egg production capacity by 30% to 650,000 eggs a day. The farm’s budgeted investment cost has increased from the original allocation of RM50 million to RM70 million, and the extension phase of this expansion project is scheduled to complete in FY2019.

8. QL’s oil palm plantations are relatively young as their ages range between four to eight years old. QL expects FFB production to increase in the future, especially from Indonesia, as the oil palms continue to mature. QL also has 6,000 hectares of plantation land which have yet to be utilised and would be an area of growth for its plantation division.

9. In April 2016, QL signed a 20-year master franchise agreement with Japan-based FamilyMart Co. Ltd where it was granted exclusive rights to operate FamilyMart convenience stores in Malaysia. As of July 2018, QL has opened 50 FamilyMart stores across Malaysia. QL intends to open a total of 89 stores by 31 March 2019 and 300 stores by FY2022. 11. PEG ratio: Based on QL’s P/E ratio of 53.6 and annualised shareholders’ earnings growth of 9.7% over the last 10 years, its PEG ratio is 5.5. Based on its PEG ratio, QL is currently overvalued as its stock price is growing at a faster pace compared to its earnings. 13. Dividend yield: In 2018, QL declared RM0.045 in dividend per share. If QL maintains its dividend, its yield is 0.66% based on its last closing share price of RM6.97. It is substantially lower than the 3% in interest rates offered by Malaysian banks presently.

QL has carried on its legacy of growth by delivering steady growth in sales, profits, and dividends to shareholders over the last 10 years. Its profit in 2018 is 131% higher than in 2009. Likewise, its stock price has grown tremendously, causing its market capitalization to rise by a whopping 575%, from RM1.66 billion in 2009 to RM11.2 billion in 2018. However, much of this growth happened over the last 12 months. 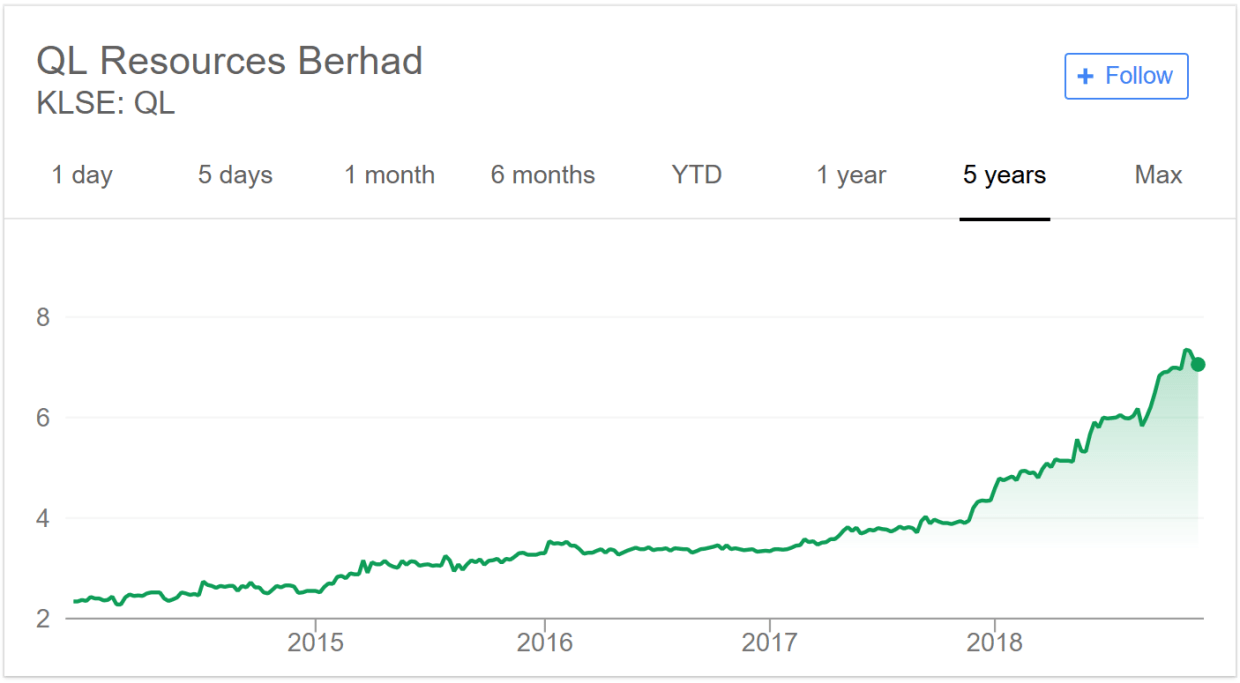 Value investors look to invest in fundamentally sound stocks at low prices. Obviously, this is not the case for QL as its stock price is at an all-time high, and its valuation metrics also indicate that it is overvalued at this time.

You could say: “Won’t QL go even higher?” The answer is no one really knows.  However, the more important question is: “What if QL falls in price? What do you intend to do if that happens?”

It can be easy to get carried looking at a high-performing stock thinking that share prices will continue to always rise. But as an investor, it’s critical to weigh your risks and protect your downside before you invest.