From my findings, I’ve learnt that it is not easy to find Small Caps which have paid out consistent dividends to its shareholders over the long-term. This is because Small Caps, typically:

Hence, if you’ve found Small Caps stocks that have a track record of consistent dividend payouts, they would stand out in the market as they are considered rare jewels.

I’ll share 3 of such “rare jewels” in the sections below. 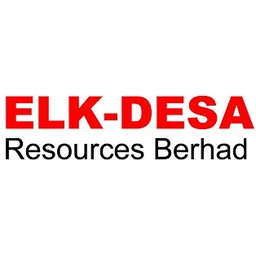 Elk-Desa Resources Bhd (Elk-Desa) have been offering hire purchase financing to purchasers of second-hand vehicles in Malaysia since 2004. Additionally, Elk-Desa had also begun to furniture trading in mid-2015.

Over the past 4 years, Elk-Desa has achieved a CAGR of 12% in its hire purchase loan portfolio. Its net hire purchase receivables increased steadily from RM 252.7 million in 2014 to RM 400.4 million in 2018. Further, its non-performing loan ratio remained low at 1.0% in 2018, contributing to Elk-Desa’s increase in both sales and profits.

It has maintained a dividends per share (after a rights issue in 2016) at 6.75 sen per annum for the past 3 years.

For the last 5 years, Wellcall increased its revenue from RM 146.4 million in 2014 to RM 171.1 million in 2018. This was due to higher export sales to the major markets listed above. Since 2015, Wellcall had maintained its shareholders’ earnings at RM 30 – 40 million per annum and thus, sustained its dividends per share (DPS) at 5 – 6 sen per annum.

Cocoaland Holdings Bhd (Cocoaland) is a manufacturer of a wide range of food & beverage (F&B) products mainly hard candies, gummies, wafer and snacks in Malaysia under well-known brands such as Lot 100 & Cocopie.