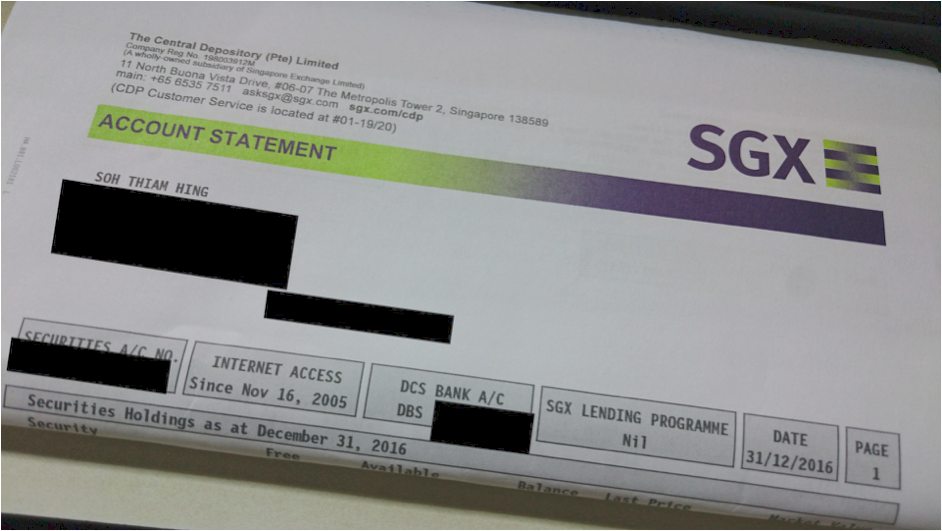 This article was written by Soh Thiam Hing, an avid contributor in the Seedly Personal Finance Community Group

Being a young 21-year old 12 years back, I first dabbled in investing in order to satisfy my curiosity at that time, which eventually turned out to be quite an important decision in “adulting”. After all, not many people invest now, by virtue of 3 out of 20 Singaporeans having a CDP account (even lesser for “active” accounts!), and there were definitely lesser CDP accounts back in 2005 when I first opened mine.

Along my investment journey, I enjoyed the benefit of a small inheritance, saw the euphoria of 2007, experienced the crash of 2008 and 2009 and got enlightened by the recovery of the stock market from 2010 onwards. The stock market never forgives, but it does forget from time to time, and I believe it’s an opportune time for me to distill some of its lessons, with sprinklings of my own personal experience here and there to share with everyone. 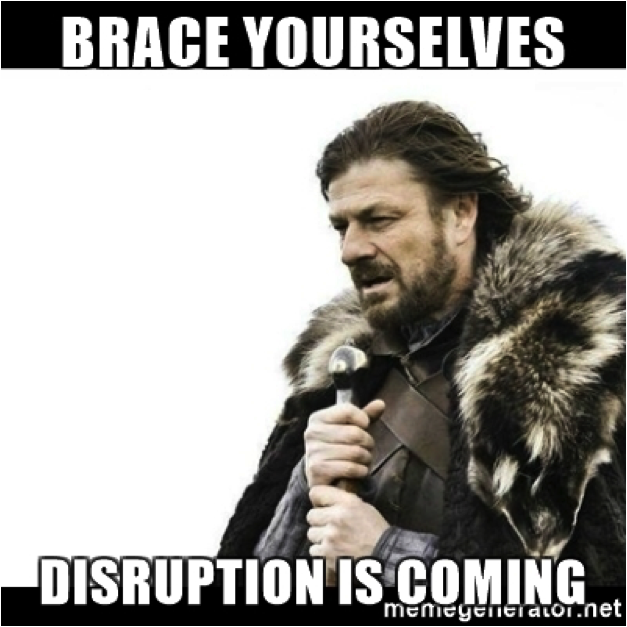 Talk of the town these days, isn’t it? Perhaps due to the financial crisis of 2008/2009, a huge shift towards innovation and technology has occurred, and industries of old are trying hard to shift their workforce towards this new business environment as well. Need a ride? Summon a car! Need a helper to clean up your house? Call for a helper! Forgot to withdraw money? Use your phone or tap your card! It’s so simple!

In all seriousness though, I think things will eventually work its way out, but as investors, we do have to be careful, as we don’t want to be on the losing end when a business is disrupted. Due diligence cannot be stressed enough, as we are more informed and better educated than our parents and grandparents, and there is no excuse for being an uninformed/uneducated investor. 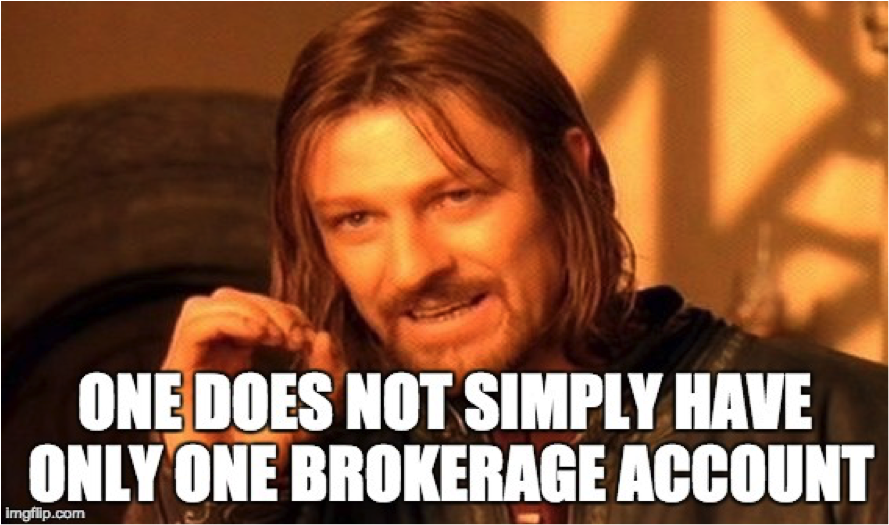 Having just one brokerage account is a bad idea, and as more people start taking risks and investing via the secondary market, it is inevitable that service outages will happen. I won’t go into the details of listing all the available brokerage houses here, but I would suggest that you have at least two to three brokerage accounts in order to mitigate execution risk.

Choosing a brokerage house over another is a highly subjective matter – so subjective, in fact, that I personally heard and witnessed an angry old man, shouting at his other broker (presumably) on his mobile phone, while I was at a certain branch of a brokerage firm to settle some matters recently. People can, and do get very emotional when it comes to their money, it seems!

Personally, I prefer benefits like being awarded points which I can spend at supermarkets or pharmacies whenever I make a trade. Some people might chase the lower commissions of 2 to 10 basis points compared to the “market rate”, while others prefer other things, like unique platform features such as stop loss, trailing stop, etc., which leads me to the next topic… 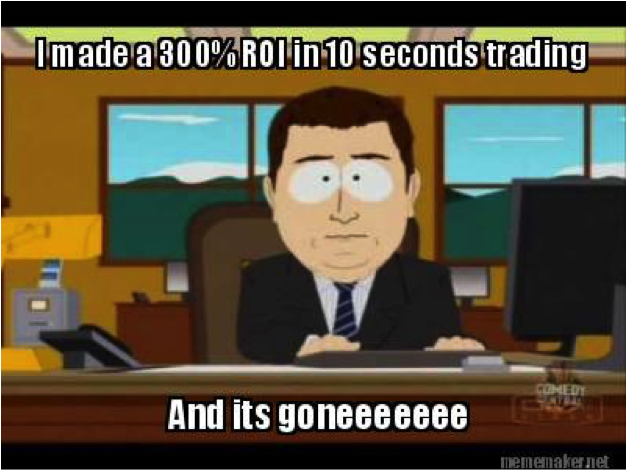 It really depends on whether you know what you’re doing, and especially more so for traders. I’ve seen less than a handful of traders earning good money (and most of them are employed full time doing this, armed with whatever tools their employer/company gives them), while everyone else is relying heavily on their “systems”. As the saying goes, “don’t fight fire with fire”.

Investing is far more easier, but while it isn’t as easy as picking 4 digits or a set of numbers between 1 to 49, at least you have easy access to value a security quantitatively through their audited annual reports, and to make a decision of your own discretion based on corporate filings and insider trades. 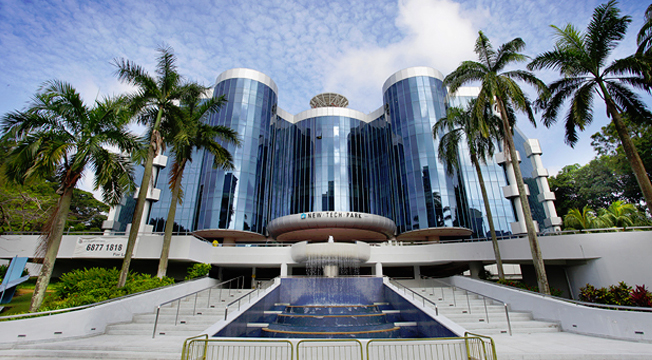 Being involved as a deeply concerned unitholder of Sabana REIT, shareholder activism is a rarity in Singapore, as most people tend to be apathetic in voicing out their concerns. While it is easy to “bail out” by selling your holdings and taking the loss, I find that while you certainly do have the option to do so, when there is something seriously wrong with a listed security, you have to stand for what is principled and right. This is why I was willing to assist in requisitioning the 50 signatures required to convene a shareholders’ meeting to talk with the management earlier this year, and I am glad that our efforts have resulted in SGX and SISV collaborating to review valuation practices of real estate assets.

Mental Acuity At 33 & Beyond

A side effect of investing is that your mental sharpness is somewhat retained when you are investing regularly and keeping track of your investments, and this is quite an important factor in aging gracefully as you grow older.

I’ve recently met up with an insurance agent friend of mine, and we came across a section where he wanted to illustrate how much it would cost for paying the annual premiums for two elderly parents. Somehow I reacted faster than his fingers pressing the calculator, and my mental sum was accurate! Never in my life I expected to calculate faster than my friend, who was definitely better at studies than me, as we both were classmates back in secondary school.

While it’s not really something to shout about, it was an interesting experience, as most people would expect someone working in the finance industry to be good at this.

Off the top of my head, that is all I can provide for now. I hope you guys benefited from my wisdom and experience, and may it guide you well on your investing and money path in life.