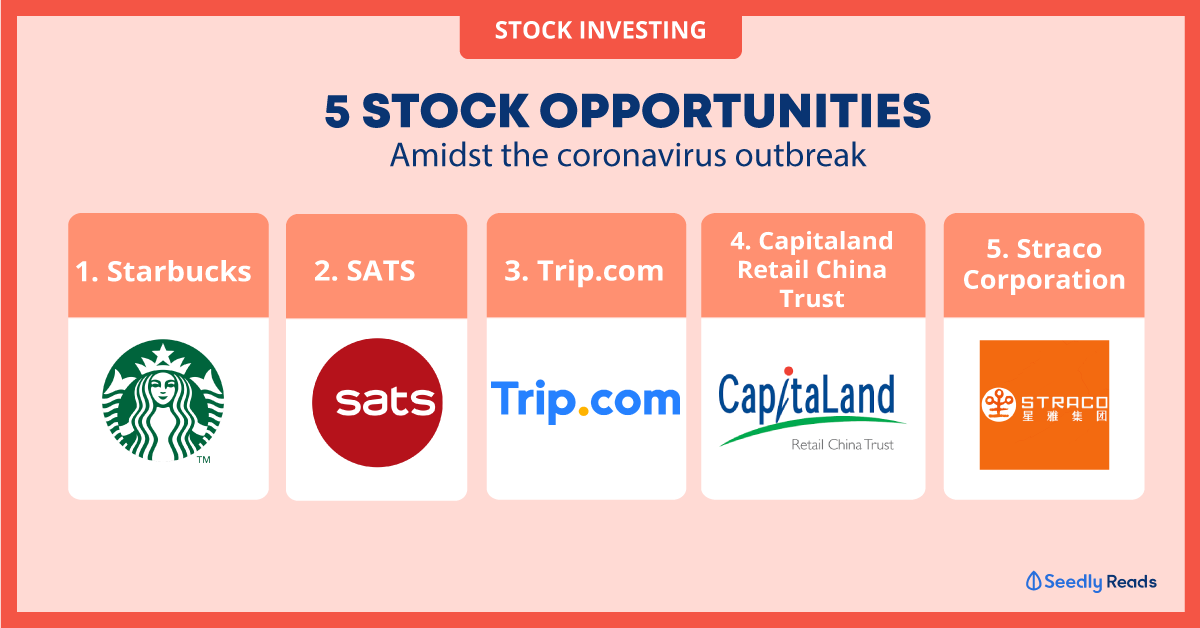 5 Stock Opportunities Amidst the Coronavirus Outbreak

It’s been a chaotic and frantic four weeks as the world copes with a dangerous threat — a new type of pneumonia-causing coronavirus termed the ‘novel coronavirus’ that has sickened over 37,000 and killed more than 800 people, mostly in China, as at the time of writing.

For those old enough to recall, Singapore experienced something similar back in 2003 during the SARS (Severe Acute Respiratory Syndrome) epidemic.

As the situation is still evolving and fluid, no one knows what the eventual outcome and death toll will be for the coronavirus.

If we use the timeline for SARS, the world managed to contain the outbreak in around 12 to 15 months.

As the coronavirus outbreak was only discovered on 31 December 2019, it has not even been two full months since the outbreak, yet the damage wrought has been alarming and extremely concerning.

The virus has spread rapidly in China despite containment and quarantine efforts.

Not only has a lockdown been ordered in Wuhan city and Hubei province (where the virus allegedly originated), but the clampdown has been extended to more Chinese cities too.

Many tourist attractions and shopping malls have been ordered to shut by the authorities in order to limit the spread of the virus.

Countries such as Australia, the U.S., and Singapore have imposed travel restrictions for travellers from mainland China in an effort to limit the spread of the virus across borders.

This will severely impact the tourism, travel and transport industries in the respective countries, as more countries are now reporting local transmission (i.e. transmission that did not come from a Chinese source).

Investors in Asia would have seen a sharp sell-off in companies whose industries are impacted by the virus outbreak.

With Chinese tourists and travellers making up a large bulk of overseas spending, these curbs and unprecedented measures will definitely cause many companies’ operations to be disrupted. This will result in significantly poorer financial performance and will no doubt impact valuations and share prices.

While no one truly wishes for this outbreak to happen and affect the lives of so many people, there will be investment opportunities that emerge due to the uncertainty of the situation.

Do note that the following is NOT a recommendation to purchase any of the stocks mentioned and is meant for informational purposes only.

Please always do your own due diligence and exercise your individual responsibility as an investor.

But if you’re ready, let’s have a look at five such potential opportunities for the astute investor:

Starbucks Corporation needs no introduction as the largest global coffee chain with a strong store presence in multiple countries.

The company has been rapidly expanding in China over the last few years and had more than doubled its store count from 1,540 stores in FY2017 to 4,125 stores as at end-FY2019.

With the outbreak of the virus however, Starbucks has closed more than 2,000 outlets in China or nearly half of its total store count. Investors should note that China is one of the countries that is enjoying double-digit growth in revenue and positive same-store sales numbers for Starbucks.

As a result of this temporary closure, Starbucks CEO Kevin Johnson mentioned that the company will be financially impacted when it announces its Q1 2020 earnings and possibly later into the year if the outbreak continues.

If investors view the store closures as temporary, this may be a chance to look at shares in Starbucks for the long term. 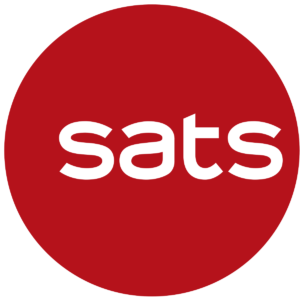 SATS Limited is a leading provider of food solutions and gateway services.

The group provides gateway services such as baggage handling and airfreight handling for many airports, while its catering division provides airline food catering. The group also has central kitchens that serve food-service chains and institutions.

With the expected sharp fall in tourist arrivals and air travel due to the quarantine measures, SATS’ share price has also taken a beating, falling 12.5% from a high of S$5.06 to the current S$4.42.

There is no doubt that the group will suffer from lower cargo and food catering volumes as a result of this outbreak while its central kitchens in China will also be hit by lower demand as fewer people dine out.

However, investors need to remember that the group has a three-year plan to build and grow its overall business through acquisitions and has budgeted a total of S$1 billion for such acquisitions.

Assuming the group can maintain its annual dividend of 19 cents per share, this means that the shares are now offering an attractive dividend yield of 4.3% due to the lower share valuation.

Trip.com Group Ltd is the number one online travel agent in China. Millions of Chinese travellers use the company’s site to book fights, hotel reservations, and tours for overseas and domestic travel.

With the imposition of lockdowns in Chinese cities and the travel ban initiated by various countries, this will definitely negatively impact Trip.com’s business.

The stock has been hammered in the last two weeks, falling from a high of US$38.94 to the current U$33.87 — a fall of 13.0%. But if investors believe that the travel industry is going to recover strongly post-crisis, then this may be a good opportunity to have a look at Trip.com. 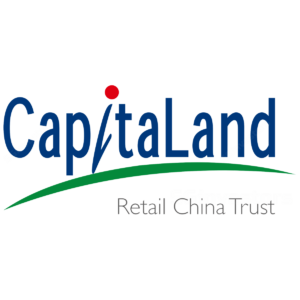 With this crisis, CapitaMall Minzhongleyuan in Wuhan (the epicentre of the viral outbreak) has been closed and will reopen when local conditions allow.

CRCT’s other malls in various provinces in China are operating shorter hours, in line with local government guidelines. CRCT’s shares have declined by around 10% since the crisis began.

As the situation is still fluid and dynamic, the REIT manager will provide more updates in due course.

CapitaMall Minzhongleyuan only contributes 0.5% to CRCT’s net property income, so the impact from this asset alone is expected to be negligible.

However, the shortened hours for the other malls may adversely impact footfall, causing tenants to more difficulty in keeping up with rental payments.

As a result, CRCT may face issues on the collection of rent and may even have to provide tenants with rental rebates to compensate for the shorter operating hours. 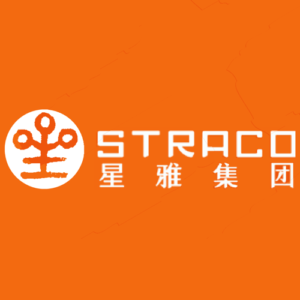 Straco Corporation Limited is an operator of tourism assets in both China and Singapore.

The group owns two aquarium assets in Shanghai and Xiamen, as well as 90% of the Singapore Flyer, a giant observation wheel. In addition, the group also operates the Lintong Cable Car in Xi’An province and has the rights to develop a historical attraction there known as Chao Yuan Ge.

With the outbreak, Straco has announced that since 25 January, it has closed both its aquariums in China to limit the spread of the virus.

For FY2018, the aquariums contributed nearly 70% of revenue and almost 88% of net profit, so the closures will have a significant adverse impact on the group’s operations.

To make matters worse, the Singapore Flyer developed a technical issue and has stopped operations since 19 November 2019 for rectification and repair works.

There is no news as to when these attractions will be able to reopen. In the meantime, the company is only earning a trickle of revenue from the leases at the Singapore Flyer, and also has to contend with fixed costs such as staff salary and wages.

Investors who see long-term value in its business may consider Straco during this period of pessimism.

The group has well-located tourism assets and possesses a strong balance sheet with minimal debt, so I am fairly confident they can outlast this crisis.

Make no mistake about it though — buying into any of the above companies means that investors will have to tolerate generous doses of short-term risk, as the current virus situation remains fluid and it’s uncertain as to when the infections (and deaths) will peak.

Going by the previous SARS episode, it could drag on for many months before resolving.

It’s going to be a rollercoaster ride of emotions that investors need to be mentally prepared for.

However, such crises and their beaten-down stock valuations are what throws up investment opportunities for the astute investor.