6 Financial Woes (In GIFs) Everyday Singaporeans Can Relate To 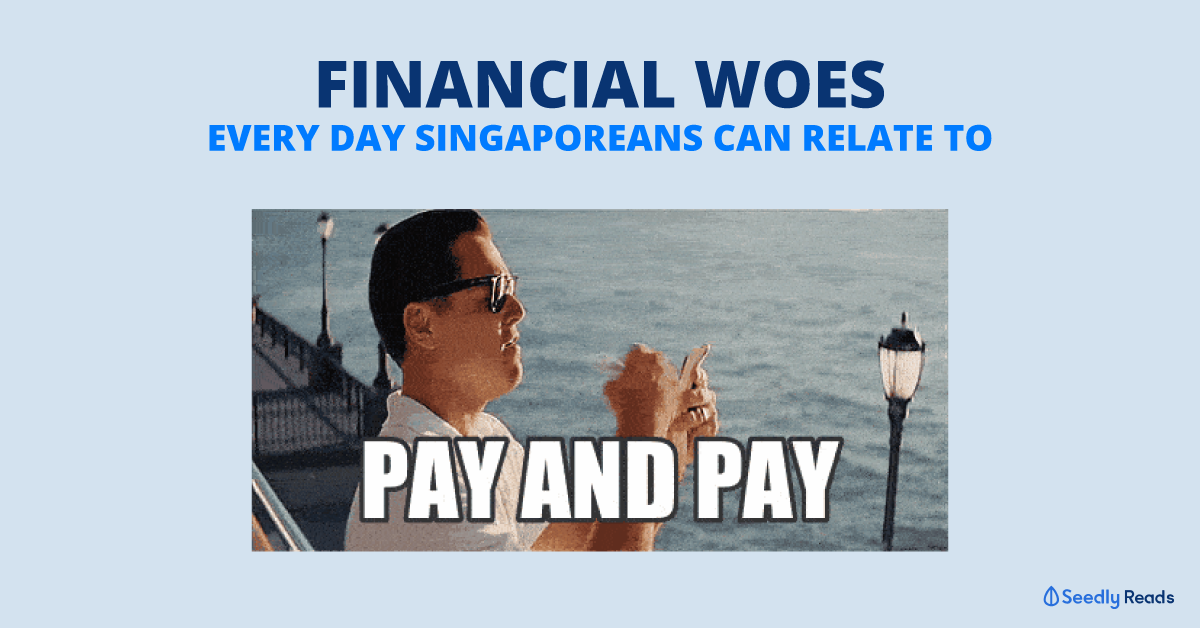 6 Financial Woes (In GIFs) Everyday Singaporeans Can Relate To

If you’re a Singaporean, you’ve probably heard or said this yourself at least once this week.

I mean, complaining is an art that we’ve all pretty much perfected over the years.

As we find things in our daily lives to nitpick and bellyache about over kopi (or a latte, if you’re atas like that).

What are the top things that we usually complain about?

You would have heard about this if you were not living in a well (pun intended).

Anyway, water prices will increase for the first time in 17 years by 30%!

Yup, your same Bak Chor Mee will probably increase at a rate of 2% every year amid stronger growth in developed markets.

According to our government, taxpayers have been long subsidising the high operating costs of the public transport network.

This was deemed to be an unsustainable approach.

Thus, fares will definitely have to go up. Let’s pray that the trains stop breaking down though!

4) Wages Stagnating (Tough to find job in a slow market)

This was announced about 1.5 years back but the effects are being felt now.

Wages may be rising in a tight labour market but they could stagnate or even fall back if productivity does not catch up, said PM Lee.

Property prices are reportedly set to DOUBLE by 2030.

This is a double-edged sword because, for existing property owners, this would probably be your fastest appreciating asset.

But for new homeowners, let’s hope and pray that enough BTOs get released by the housing government.

In Singapore, people like to use the sentence: “Work until die”.

It was again announced that re-employment age will go up from 65 to 67 and employers will no longer have the option to cut employees’ wages at the age of 60.

Is Singapore REALLY That Bad…?

Honestly, Singapore is also known for many positive things!

Here are some things which Singaporeans love (secretly):

Be creative, resourceful, and prosper!

We Singaporeans are a rather confusing bunch.

We’re vocal when it comes to expressing our discontent — whether it is online or offline.

But at the end of the day, we accept it, move on, and find ways to live with the problems.

I suppose that these are signs of resourcefulness and creativity.