PSA: Apple is Partnering HPB on National Health Initiative: Singaporeans Can Earn Up to $380 Worth of HPB Vouchers
254
shares 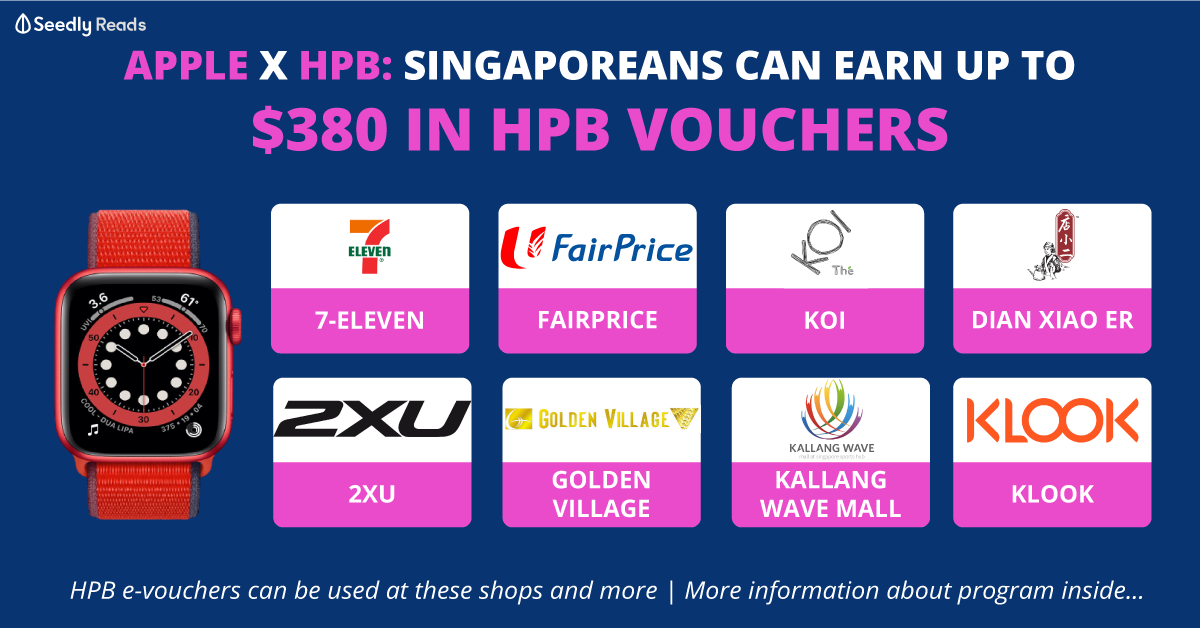 Earlier today (16 September), Apple and the Health Promotion Board (HPB), Singapore announced their partnership on the LumiHealth app; an initiative to motivate Singaporeans to make healthy lifestyle changes with technology and behavioural insights

LumiHealth is a free personalised health program that aims to encourage healthy activity and behaviours using the Apple Watch and the LumiHealth app.

Participants of this two-year program will be rewarded with $380 worth of HPB eVouchers for completing their personalised activity and wellness challenges.

Couldn’t help but think of this:

Jokes aside, this program seems like a pretty good initiative.

But, is the program worth your time, effort and the money needed to buy an Apple Watch?

Note: Information is accurate at the time of writing (16 September 2020).

The app itself uses gamification to motivate Singaporeans to develop healthier habits with personalised reminders, programs, activity coaching and incentives. 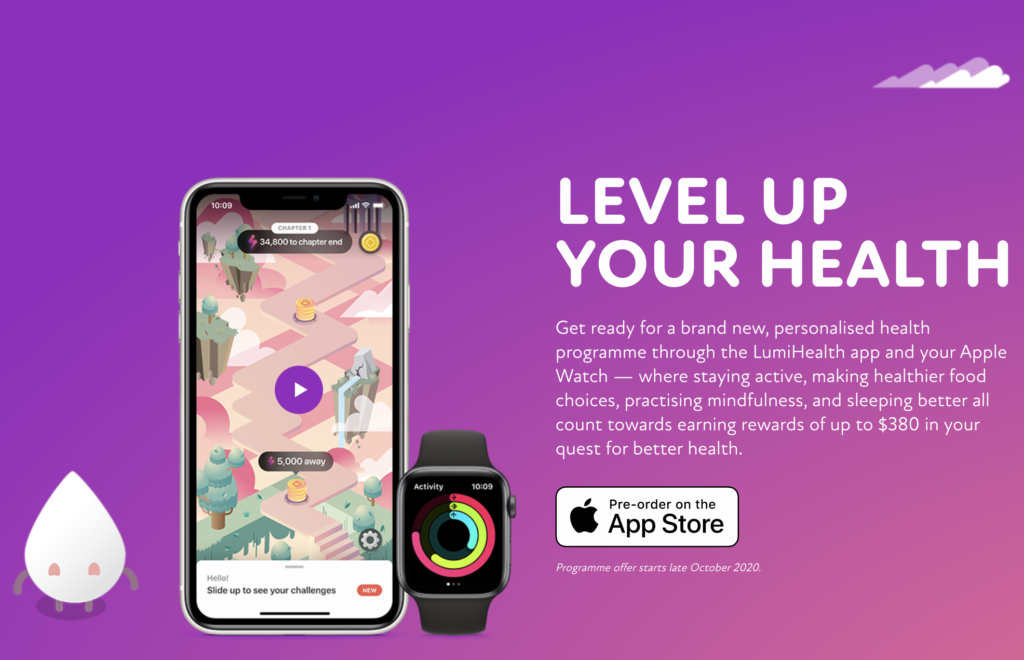 With the app and an Apple Watch, users explore worlds with a friendly intergalactic companion who brings them through highly personalised health goals and challenges based on factors like age, gender and weight.

These tasks include weekly activity goals that can be fulfilled through activities like walking, swimming, yoga and more.

The app also will remind participants to go for health screening, get immunised and take part in wellness challenges that encourage better sleep habits, mindfulness and healthier food choices.

Aside from the satisfaction of helping the intergalactic companion find his way home, the completion of the app’s goals and challenges will reward you with $380 worth of HPB e-vouchers over the two-year duration of the program.

FYI: the HPB e-vouchers can be used at the following stores:

Well, Apple states that the LumiHealh app was created with customer privacy and data security built into its design.

The program is completely voluntary, and you must opt-in and agree to provide information to LumiHealth if you would like to join. You may also choose to opt-out at any time.

In addition, Apple assures that:

LumiHealth is set to launch in late October.

Which Apple Watch to Get?

To participate in the program, you will need to have an Apple Watch with an iPhone 6s or later on IOS 13.0 or later.

Unfortunately, your Apple Watch won’t work with an iPad as the watch is designed to be used with an iPhone and is not compatible with the iPad in any way.

But you can still buy the older Apple Watch Series 3 that was launched in 2017. 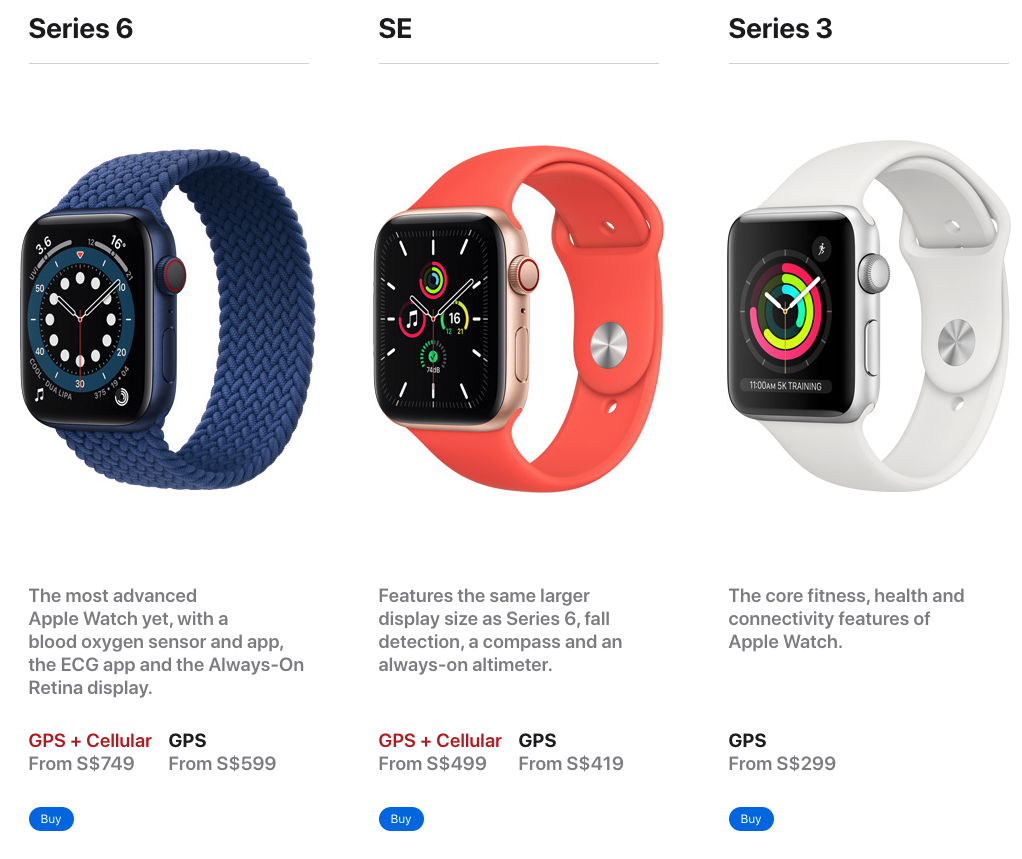 The flagship Apple Watch Series 6 builds on the Apple Watch’s reputation as a health-centric device, as it comes with a cool new blood oxygen monitor that can check your blood oxygen levels in just 15 seconds.

The watch also comes with an electrocardiogram (ECG) feature, fall detection and features an exclusive always-on retina display not found on other models of the Apple Watch.

The new watch also comes with a new S6 chip that Apple claims is more power-efficient. The display is also about two and a half times brighter than the Apple Series Watch 5 and comes in the new Product RED and blue aluminium case colours.

The thing I find a bit shocking is that Apple will not be bundling a power adapter with this watch.

The Apple Watch SE shares many similarities with the more expensive Series 6, as it supports fitness and heart rate tracking and fall detection. Although the SE is using last year’s S5 chip, you get the same larger display, albeit without the always-on display feature.

However, the SE does not have Apple’s ECG sensor and the new blood oxygen sensor.

The Series 3 is now only available with an aluminium case, either silver or space grey. It comes in 38mm and 42mm size options, but it is only available in a GPS only model with an optical heart sensor.

You can pick up a GPS + Cellular version with the Telcos, but you will have to pay considerably more. There is also no Nike model.

To help you get a rough feel of the watches, here are the key specifications of each model in the table below.

Should You Participate in This Program?

If you already have an Apple Watch, this LumiHealth program is a no-brainer as you can get $380 worth of HPB vouchers over two years. 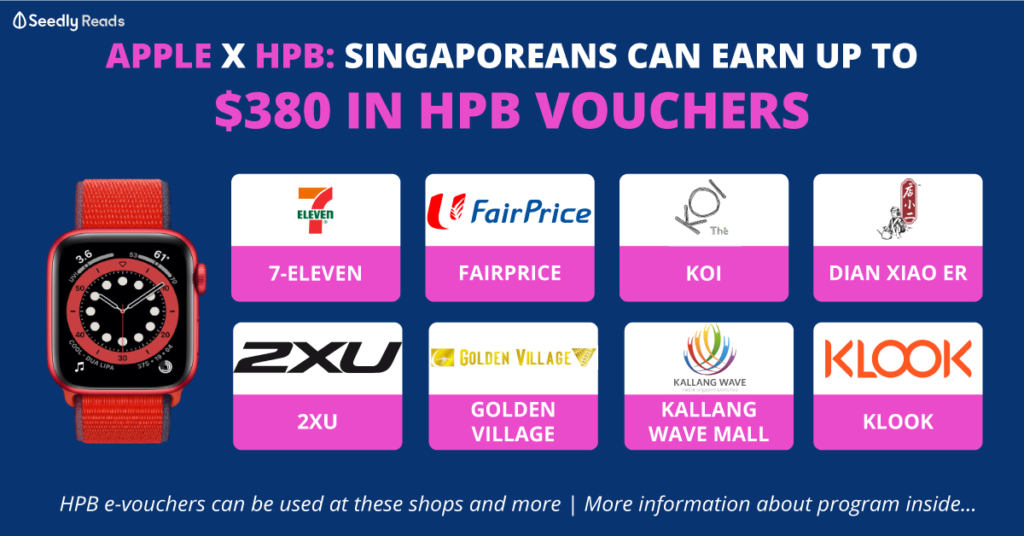 Not to mention that following the program will improve your health too.

But if you do not have the Apple Watch and want to participate in the program, I would think that getting the Apple Watch Series 3 is a good option to consider, as the watch pays for itself in the form of the HPB vouchers.

Do note that the places where you can spend the vouchers are limited to the table above.

But if you are willing to spend a bit more, I think the Apple Watch SE would be a better choice than the Series 3 as it has more features for about $119 more.

I would only buy the most expensive Apple Watch Series 6 if I had the budget and really wanted the blood oxygen monitor.

Otherwise, the Apple Watch SE makes the most sense to me.

What Are Your Thoughts on Apple and HPB’s LumiHealth Program?