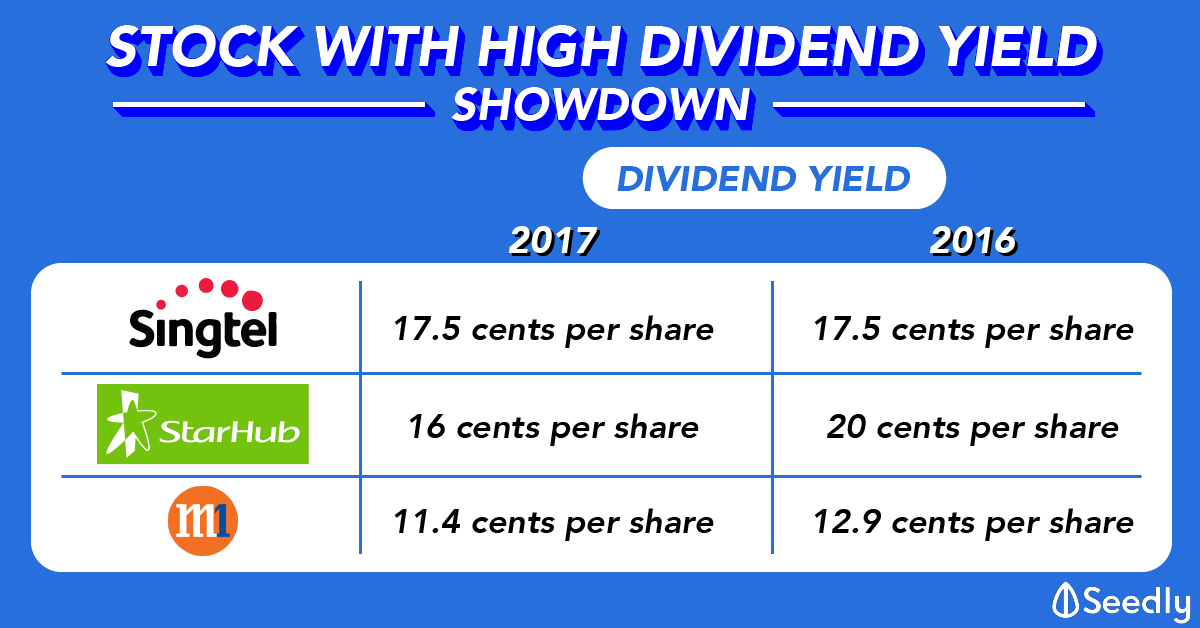 Singapore’s telecom industry has come under massive pressure in the recent years. Due to the change in competitive dynamics amid the entrance of the fourth player – TPG Telecom, the incumbents saw their financial performance and share price tumbling.

With each of their respective market cap at:

All of them are currently trading near all-time low and offer enticing dividend yields.

Is it wise to buy them now? Let’s have a look.

Closing at S$1.65 on 28 Aug 2018, StarHub clinched on the number one spot with a distribution yield of 9.6%. For its FY2017, the company recorded a revenue and net income of S$2.4 billion and S$978.2 million respectively. Around 54% of StarHub’s revenue was contributed by Singapore mobile.

The company’s dividend for 2017 was 16 cents per share, down 20% from 2016’s dividend on 20 cents per share. StarHub did not include an official dividend policy in its annual report. However, it stated in the report as below:

“The Board takes a forward three-year view of our earnings, free cash flow, growth prospects, investment needs and an optimal balance sheet. The appropriate level of dividend payment is determined by the combination of these factors. Their preference is to make sustainable payments.”

Looking into the future, StarHub’s growth will depend on its fixed network services (FNS) with the acquisition of Accel System & Technologies Pte Ltd (ASTL) and D’Crypt.

D’Crypt is involved in providing leading-edge cryptographic technology for high-security applications, systems and products. With the acquisition of D’Crypt, StarHub could enhance its solutions in areas such as cryptographic and digital security, secure info-communications technologies (ICT) and the Internet of Things (IoT), which are vital to Singapore’s Smart Nation platform.

The company’s total dividend for 2017 was 11.4 cents per share, down from 2016’s dividend of 12.9 cents per share. Barring unforeseen circumstances, M1 aims to make a total cash distribution to shareholders equivalent to at least 80% of its full-year net profit after tax for FY2018. 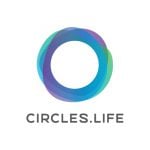 Liberty Wireless is the first MVNO operating in Singapore with an operating brand named Circles Asia. Successfully securing the deal, M1 is likely to be the first incumbent to capitalise on the MVNO arrangement. 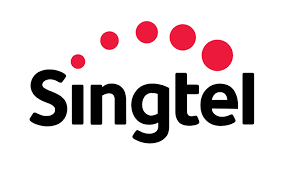 Coming in third is SingTel Limited with a yield of 5.4%. In FY2018, the Singapore’s largest telecommunication service provider recorded revenue of S$17.53 billion, 4.9% higher than in FY2017. Net profit was S$5.45 billion which included an exceptional gain of S$2.03 billion from the divestment of NetLink Trust.

Excluding the one-off gain, its net profit should be around S$3.42 billion, which is 11.2% lower than in FY2017. SingTel would be the least affected by the fourth mobile operator in Singapore among others as its overseas business account for about 70% of its bottom-line.

SingTel has been paying a consistent dividend per share of S$0.175 since FY2015 and it plans to continue distributing the same amount over the next two years (FY2019 and FY2020). Thereafter, the company plans to revert its payout of between 60% and 75% of the underlying net profit. Singtel is going to ex-dividend of S$0.107 on 26 Jul 2018.

SingTel plans to diversify its business into digital payment systems by partnering with Razer, a video gaming company.

The memorandum of understanding also covered gaming-related online and offline opportunities. In which Singtel and Razer are agreeing to explore developing digital media products & services such as

Through the partnership, SingTel and Razer are able to leverage each other’s strengths and capabilities to grow the vibrant esports ecosystem.