From the Mesopotamian shekel, Chinese paper money, to the modern paper money we use today, currency has evolved throughout history.

And if central banks around the world have their way, the next step in the evolution of currency could be Central Digital Bank Currencies (CBDC).

According to American non-partisan think thank Atlantic Council’s CBDC tracker, 87 countries that account for a little over 90 per cent of global Gross Domestic Product (GDP) are exploring CBDCs.

This international interest has been driven by declining cash use and increasing adoption of electronic payment methods like credit cards, e-wallets and digital payment platforms.

Not to mention that CBDCs will improve the efficiency of wholesale and retail payment systems.

Developing economies will also benefit as the implementation of CBDCs will eliminate the need for low-value coins in the monetary system that are expensive and cumbersome to maintain.

What is a Central Bank Digital Currency (CBDC) and How Does it Work?

Simply put, a CBDC is the digital form of fiat currency that is issued and regulated by a country’s central bank or monetary authority.

Although the technology behind it may differ, CBDCs either utilise a digital token or electronic record to represent the digital version of a fiat currency.

For example, we have China and its Digital renminbi or digital RMB and e-CNY CBDC issued by the People’s Bank of China (PBOC) — China’s central bank.

In terms of implementation, a CBDC will most likely be issued using conventional technology, i.e. a database operated by the central bank, monetary authority or even private companies.

This database will function as a ledger that records how much currency is held by entities like individuals, the Government, businesses and more.

Unlike most cryptocurrencies, CBDCs are not decentralised as they are controlled by a central authority like central banks or monetary authorities even if they implement Distributed Ledger Technology (DLT).

As such, blockchains or DLTs may not be necessary or beneficial for CBDCs.

However, CBDCs might use Distributed-Ledger-Technology (DLT) to facilitate transactions — the same technology most cryptocurrencies use.

There are two main types of CBDCs.

First, we have Wholesale CBDCs, which can only be used within the commercial banking system and are similar to private banks’ reserves with the central banks.

Secondly, we have retail CBDCs which are digital currency issued by the central bank to the public and are similar to the paper money and notes we have today.

How will CBDCs Disrupt Banking?

Don’t we already have CBDCs with the current electronic payment methods like credit cards, e-wallets and digital payment platforms?

Our current banking system, which is used by most countries around the world, has been around for about 200 years, is the fractional reserve banking system.

Here is how the system works.

Individuals or corporations take their hard-earned money (e.g. from salary or investments) and deposit it with the banks.

Instead of leaving the deposited money there to rot, banks will reserve a fraction of the money (~10% as mandated by central banks) for depositors to withdraw into cold hard cash.

Whereas the rest of the cash will be used to provide loans and earn interest. This is why banks can afford to give you interest on your savings accounts.

But here’s the problem.

Because of all this loaning, there is an excessive amount of credit sloshing around the banking system.

For example, when banks provide loans to individuals, the loaned money is typically deposited into savings accounts. This loaned cash is viewed as a fresh deposit and is loaned out again by the bank.

This can be problematic when entities default on their loans. And as evidenced by the 2008 Global Financial Crisis (GFC), households will bear the burden of these defaults.

Potentially, CBDCs can challenge the status quo of the traditional banking system as each dollar of CBDC issued by the central banks will have a unique immutable digital identity.

In addition, the central banks are directly liable for CBDCs, like how the U.S. dollar or the Renminbi is backed by America and China, respectively.

This is in contrast to today’s digital money, which is backed by the issuing bank. In theory, you can convert your cash into physical cash as and when you want.

But if everyone (individuals and financial institutions) were to withdraw their money at once over fears that the bank may default, it may cause a bank run.

The worst-case scenario here would be that the bank will default if it does not have enough reserves.

However, CBDCs require a tremendous amount of resources to develop, and the jury is still out on CBDCs as the concept is very new.

But, Governments are still willing to invest in CBDCs as, according to the International Monetary Fund (IMF), CBDCs have the following benefits.

Unfortunately, CBDCs have their downsides as well as they are not:

Will a CBDC be Adopted in Singapore?

Well, you have to look at the speech Ravi Menon, the managing director of the Monetary Authority of Singapore (MAS), gave at the recent Singapore Fintech Festival in November.

Mr Menon highlighted that (emphasis are mine):

On balance, the case for a retail CBDC in Singapore is not urgent.

For a subject that has attracted much attention, there are neither strong reasons for or against a retail CBDC in Singapore. Why do I say that?

Physical cash is likely to be with us for quite some time more and so the need for a digital version of cash is moot at this point.

The financial inclusion benefits of a digital Singapore dollar are not compelling. A high proportion of Singaporeans have bank accounts and electronic payments in Singapore are pervasive, highly efficient, and competitive.

Possible currency substitution by foreign digital currencies is a remote tail risk at this point.

The issuance of a retail CBDC is ultimately a socio-economic rather than monetary consideration. Moving to a fully cashless society with all money in the form of bank deposits will not make a significant difference to the conduct of monetary policy. The question is whether the public is comfortable with holding only bank deposits and whether there is public demand for a state-issued currency that is as safe as cash but in digital form.

So for now, there is no strong case for a retail CBDC.

At the same time, MAS recognises there could be potential benefits offered by innovative retail CBDC solutions in the future.

MAS is therefore embarking on Project Orchid – to build the technology infrastructure and technical competencies necessary to issue a digital Singapore dollar should Singapore decide to do so in future.

MAS will pursue Project Orchid in close partnership with the private sector, building on the rich findings from the Global CBDC Challenge that MAS launched earlier this year.

Why not head on over to our recently revamped Seedly community page and continue your learning there! 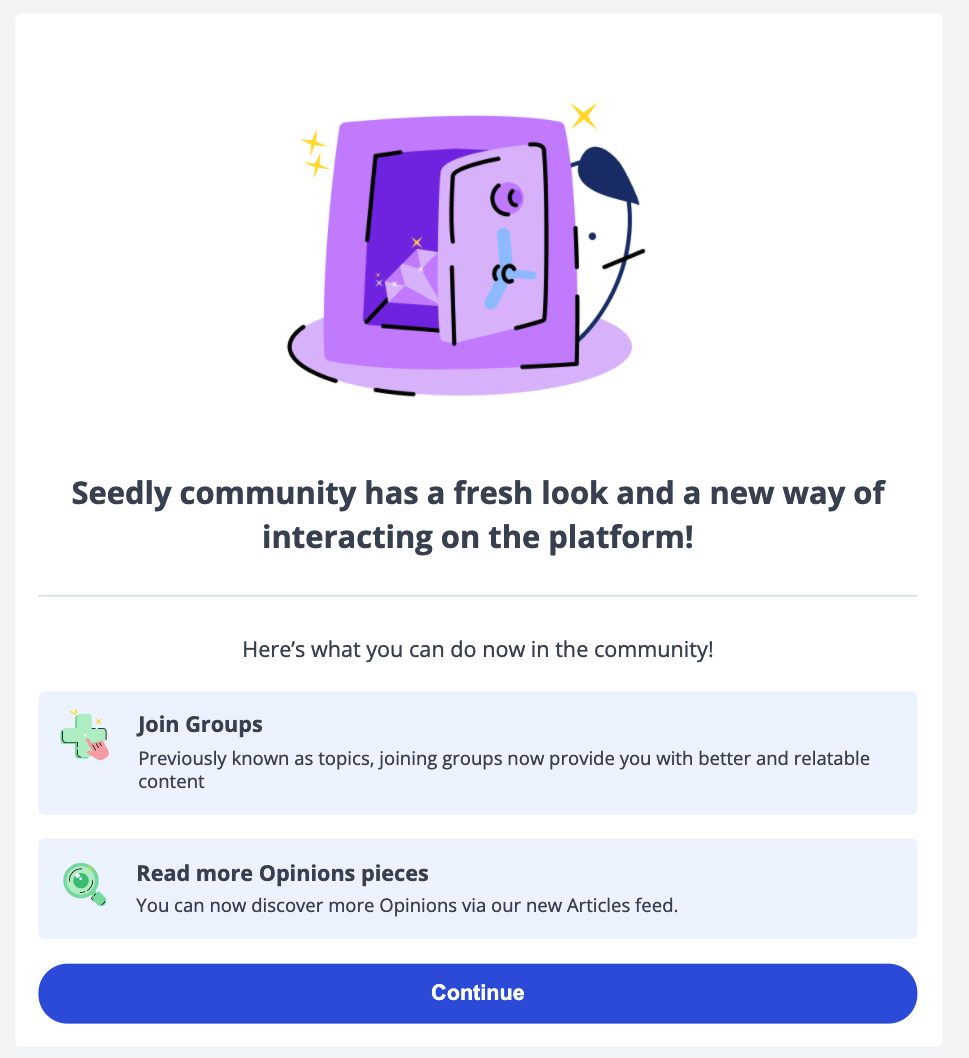