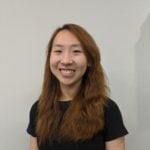 As much as I am very tempted by all the 1-for-1 buffet deals, I am still not so much of a buffet fan if you ask me.

For big eaters, going for buffets is value for money. They can probably consume more food than they paid for, in terms of the perceived value of the food.

Most of the buffet lovers will not understand my pain.

I had difficulty finishing my Yakun set for breakfast this morning, barely making past half of my Kaya toast…

This makes going for buffet a total waste of money until I compiled this list of cheap buffet venues in Singapore! 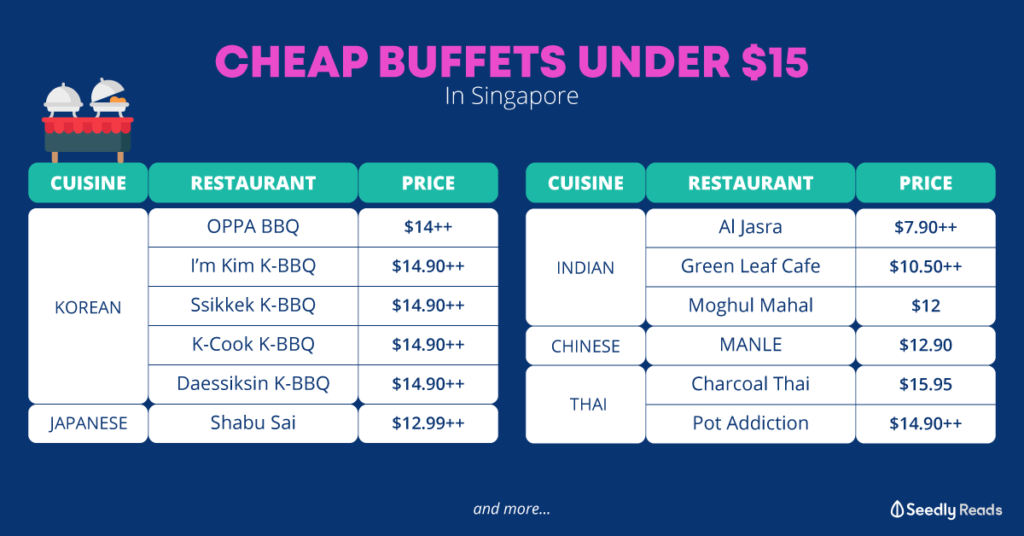 Disclaimer: Prices indicated here are for weekday lunches, updated as of January 2020

Here are some cheap buffets under $15++ that we have compiled and categorised based on the different type of cuisines.

When you think of Korean Cusine, Korean BBQ is probably the first thing that pops into your head.

It appears in most of the Korean dramas we watch. Paired with a glass of soju and the sizzling of the meat, the thought of it is enough to make you salivate.

If you have watched the Weightlifting Fairy Kim Bok Joo, you would have known and mastered the 4 steps BFN routine to make the most out of your Korean BBQ experience.

To know more details about each KBBQ outlet, you can check out a more comprehensive list at KBBQ Buffets You Can Get Below $25++.

They have different ranges of soup bases as well, from Sukiya to Tomyum. You can choose to top up $1.99 for free-flow drinks and ice cream!

When I think of Indian Cuisine, Prata would be my go-to meal!

All-you-can-eat pratas? Wonder if I can stack it up like crepes.

At $7.90, you get to eat an entire prata buffet with up to 16 different varieties – sweet and savoury, of your pick!

Open for 24/7, you can have it for breakfast, lunch, dinner or supper! Or all meals if you like as well!

If you’re looking for more Halal buffet options and not restricted to a $15 budget, we’ve also compiled a list of restaurants and their Halal buffet promotions.

For just $15 nett, indulge in a healthy vegetarian feast from 11am to 4pm with 21 different items on the menu!

Priced at $12 nett, you get to enjoy an Indian buffet which specialises in North Indian cuisines during the weekdays from 11.30am to 2.30pm.

Available daily from 11:30am – 3pm (last order at 2:30pm), you can enjoy the Teochew Porridge Lunch Buffet at Downtown East with a scrumptious spread of traditional and modern Teochew dishes.

Fret not even if it is now 2:30 pm, you can still rush down to their other outlet at City Square Mall, which takes it last order at 3:30pm for the same Buffet Spread!

At $15.95, you get to have a Mookata Buffet, with a wide variety of meat and seafood of your choice. You can either have it grilled or boiled.

For steamboat soup bases, there is a variety of flavours to choose from – Tonkotsu, Chicken and everyone’s favourite Mala. There is also an extensive range of seafood, meat and other dishes that are provided.

If your child is less than 0.8m, he or she gets to dine for free as well!

About Dion Lim
Busy undergrad by day, an aspiring entrepreneur by night. Fuelled by floorball and doodling, I chomp on bite-size pieces of finance to prep for an adventure that won’t make me yawn.
You can contribute your thoughts like Dion Lim here.