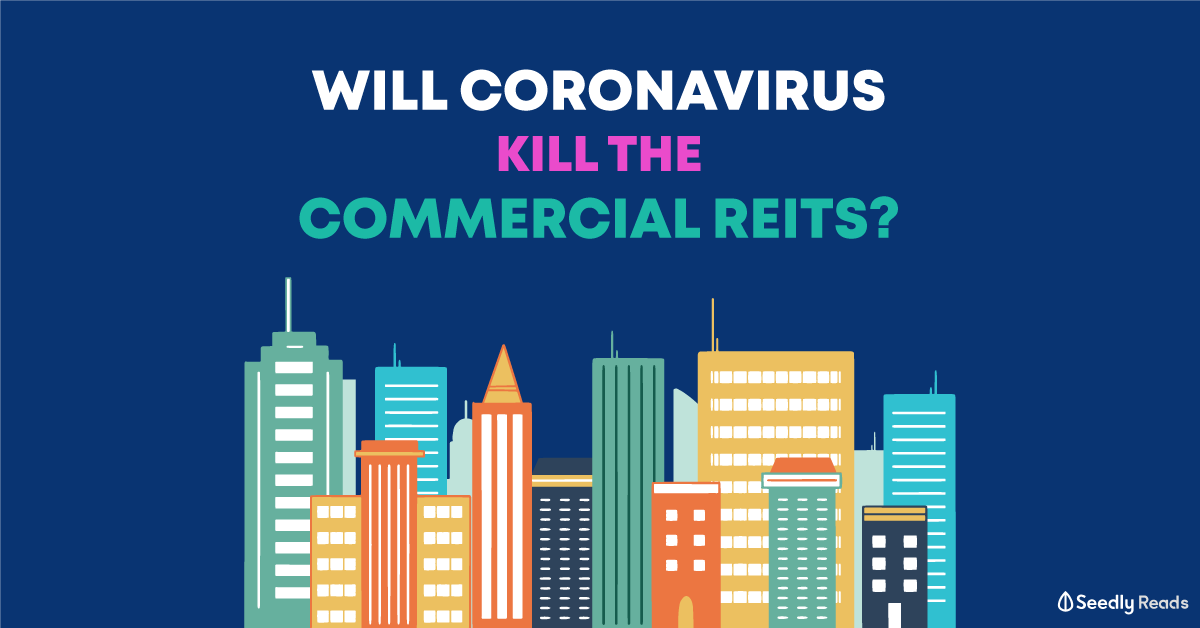 Will Coronavirus Kill the Commercial REITs?

Almost instantaneously, COVID-19 has changed the way we work, live, and play.

For one, the office is no longer the traditional space as we know it.

Tobi Lutke, founder and CEO of Shopify, daringly went on to declare in a recent tweet that “office centricity is over” for the e-commerce company.

Apart from Shopify, other well-known companies have announced plans to continue remote working to various degrees, even as world economies are opening up.

This begs the question: Will the telecommuting trend be a permanent feature and cause a structural decline for commercial REITs, including those in Singapore, over the long-term?

In a recent survey conducted in Singapore covering 9,000 respondents from almost 90 companies, 90% of employees wish to continue working from home to a certain extent.

The benefits of remote working include not having to travel to and fro and more time flexibility to do what we want.

Money is also saved on transport and eating out, especially so for those working in town, where each meal can easily cost upwards of S$5.

For me, I relish the prospect of not thinking about what to wear to work.

Companies that have employees working from home entirely can also save on electricity bills and cost incurred to hire cleaning staff, for example.

It’s Not All Rosy

As utopian as it may sound, remote working has its drawbacks.

We, humans, are social creatures.

As such, after almost two months of circuit breaker here, we might already be missing those random water cooler talks…

… or bumping into our colleagues along the corridor and exchanging pleasantries.

On top of the social aspect, it’s also easier to communicate with our colleagues and get feedback immediately on a project in an office environment than now.

(I think I’m not the only one who feels that it’s cumbersome to set-up a Zoom meeting just for a quick 3-minute discussion?)

Brainstorming for ideas doesn’t feel the same in an online meeting as well. We might just end up staring at each others’ faces than productively squeezing our brain juice for the next best idea.

Maintaining the company culture may seem more challenging with the whole firm working from home.

Due to the need for human interaction on a physical level and for long-term productivity reasons, I feel office space is here to stay.

The question would then be how much is too much.

Still Figuring It Out

90% of Mastercard’s workforce worldwide is telecommuting amid the COVID-19 pandemic.

The world’s second-largest payment processor said that its employees can continue working from home until they are comfortable going back to the office.

It has created a “future of work” task force to figure out how best to handle real estate and employee needs during the current situation.

UK bank Barclays, with around 70,000 of its staff worldwide telecommuting currently, is also pondering about its long-term “location strategy”.

Closer to home, Piyush Gupta, chief executive of Singapore banking giant, DBS Group (SGX: D05), in a conversation with Mike Milken on 19 May 2020, shared his views when quizzed about how the bank is rethinking the way it operates amid the coronavirus outbreak.

He replied (emphases are mine):

“The second way things will change is, what amount of work happens remote, working from home? Do we really change our physical premises? Do we need branches? I do believe that all of this is going to be reevaluated in substantial measure. Productivity works in the short term, but will productivity be consistent in the long-term? Already there are some things which we think are easier to do away from office. But when it comes to more creative stuff, starting things anew, afresh, I think productivity might not be able to keep pace certainly for what we can see right now.

The second big challenge, which we’re struggling with right now, is this idea of how much risk are we prepared to take in letting people work from home at scale. There is no question but that we have dialled up our risk appetite. What all of this means to an increased degree of cybersecurity and cyber-risk is a third dimension that we are not entirely clear about at this stage.

So I guess the answer to your question is that we are going to be experimenting with a lot of these things. I’m convinced that the world will change, the method of working will change, but how far it gets, how rapid the change is, and what the most productive way to approach it might be, is something which I think we will only learn with time.”

The takeaway from Gupta’s sharing is that we will never know for sure what the future holds for office space; we will only know as we move along.

End of the Traditional Office Model?

Despite the fuzziness, one thing we can safely glean is that the office as we traditionally know it will never be the same again.

Companies could embrace a certain degree of a “hybrid” model, where there’s a team working remotely while another team works from the office.

This allows companies to take advantage of both the perks of telecommuting and having people come together for creative work.

There could also be a “core-and-flex” model, where the main team will be in a placed in a permanent location with the rest of the teams having a more flexible arrangement in a co-working space.

If teleworking remains prevalent, it is highly likely for companies to right-size their real estate footprint to save on costs.

This could then have a knock-on effect for commercial REITs.

To be sure, most REITs have leases that are locked-in for a certain period of time, with early terminations bringing about financial penalties.

However, when the leases expire, companies that don’t see a need for the excess space would give it up. If there isn’t enough demand to soak up the supply, gross revenue of the commercial REITs is likely to fall, ultimately affecting the distribution per unit (DPU) to unitholders.

Singapore is home to nine office REITs and a couple of diversified REITs that have office components in their portfolios.

The biggest of them all is CapitaLand Commercial Trust (SGX: C61U), which is also part of the Straits Times Index.

In its 2020 first-quarter update, the REIT said that it has managed to renew a significant proportion expiring leases or is in advanced negotiations for most major leases due in 2020.

As of the end of March, it only has a remainder of around 10% of committed office space to be renewed for the rest of 2020.

It added that it remains “confident that our offering of core and flex solutions in CCT’s portfolio will be even more relevant to meet the future needs of tenants in a post COVID-19 world.”

The “core-and-flex” model isn’t something new announced by the REIT.

In fact, this strategy was mooted way back in 2018 when its sponsor CapitaLand Limited (SGX: C31) initiated an “office of the future” strategy with one of the aims to optimise cost efficiency for tenants of its office buildings.

The strategy involves combining a building’s conventional office space (core) and flexible space (flex) to create innovative workplace solutions. For the flexible space, co-working space is one of the types. With this new core-flex offering, tenants can have the flexibility to change their requirements as they wish.

COVID-19 could just accelerate the pick-up of a flexible work arrangement trend.

What Does This Mean for Investors?

Since it’s too early to tell what the future of work exactly looks like, investors might want to monitor this space and adjust their portfolio exposure to commercial properties accordingly as more information emerges.

Investors should ensure that their portfolio is sufficiently diversified across different sectors as well.

If investors are uncomfortable with having too much exposure to commercial REITs or office property developers, they could also look to reduce exposure to this sector.

Why not check out the Seedly Community and participate in the lively discussion regarding REITs and more!