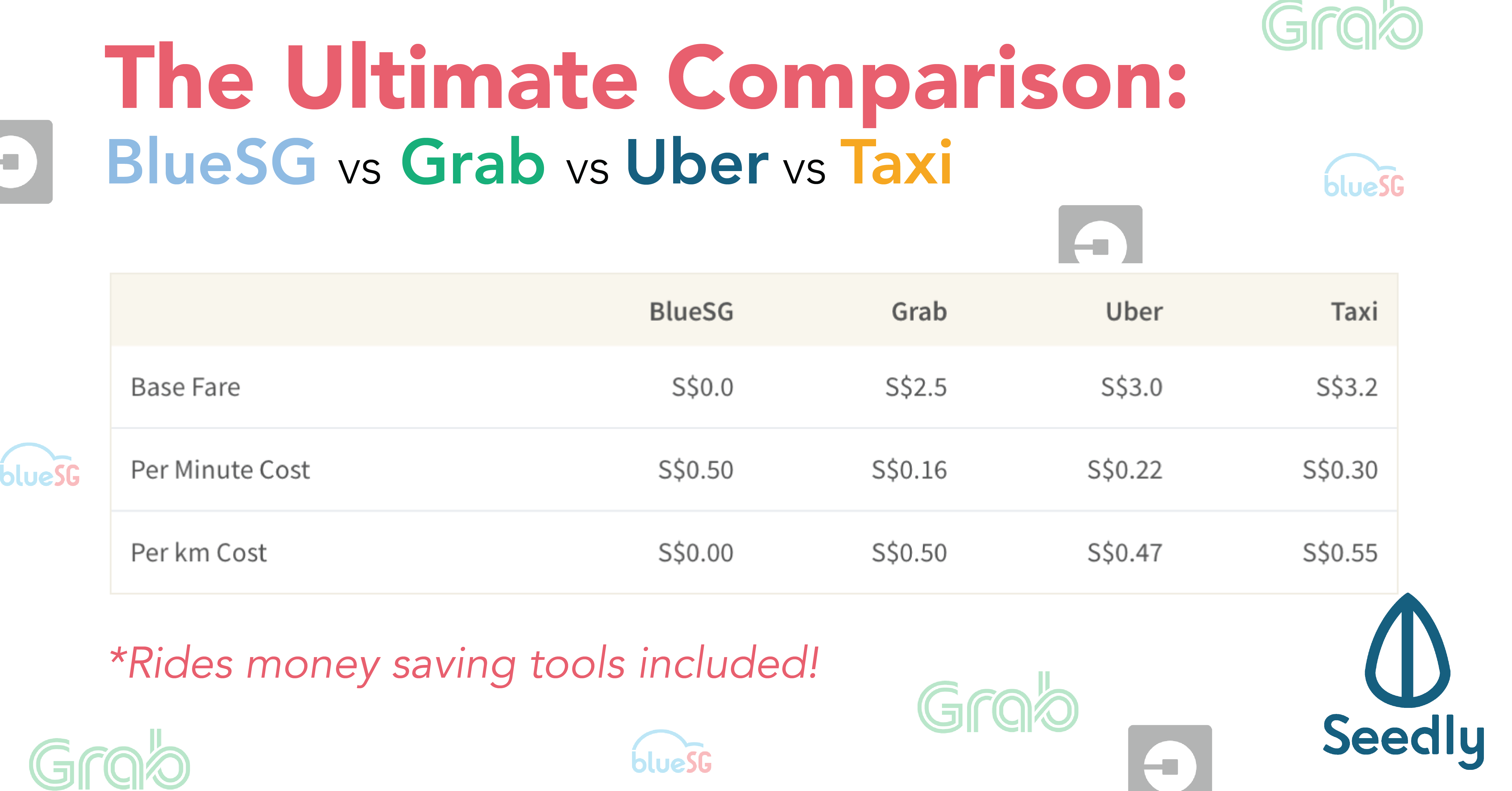 It is funny how mobile technology such ride-sharing app has changed the way we commute. I cannot really remember the last time I stood by the roadside to flag a taxi, just to have them drive off when I mutter the word “Yishun”. In fact, tools such as TAXIBOT helps complete the list of money saving tools in the year 2017, and we foresee ride-sharing to be an important part of our lives moving forward in the year 2018.

Having done a comparison between Uber, Grab and Taxi, we now have a new player in the market.

BlueSG, an electric car sharing service that recently launched in Singapore at the end of 2017, has been making headlines as it already served 5,000 rentals within 3 weeks of operation. It is a service meant to lower the cost of car access that is inflated by things like COE, loans and insurance. Though its “success” is still in question, especially with a number of reports on damaged, faulty BlueSG cars already, the team at ValuePenguin wanted to examine whether this service is actually economically superior to other options like ride-sharing services: can Singaporeans actually save money by sharing electric cars instead of using already-cheap ride-hailing services? As always, it seems like the answer isn’t a clear yes or no.

One clear advantage that BlueSG has over other, potentially more “convenient” options like Grab or taxis, is that it does not charge a base fare or a distance-based fare. Instead, it simply charges a fee of S$0.5 per minute. This difference essentially makes it such that BlueSG is much cheaper than its alternatives when there isn’t much traffic causes long delays. 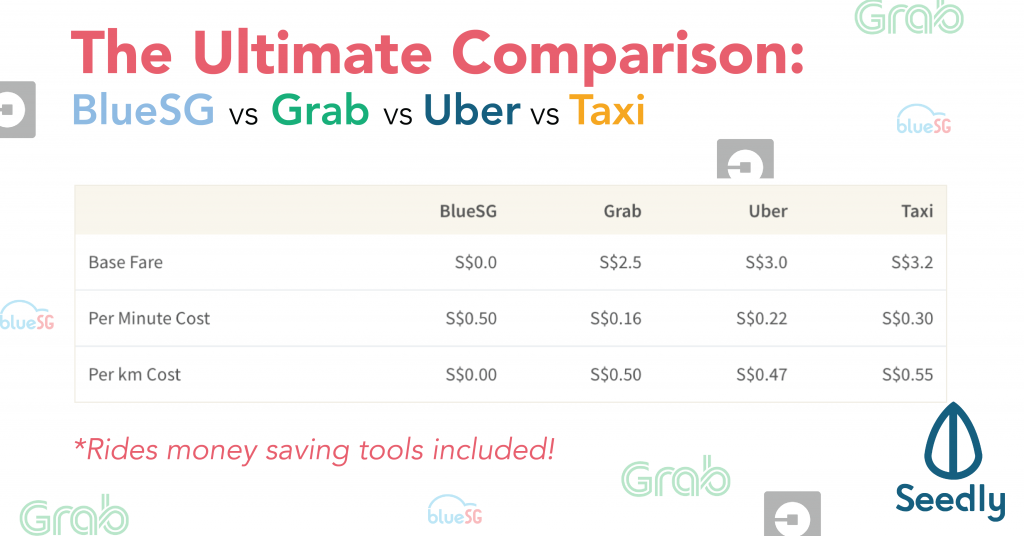 Uber or Grab could be cheaper during congested hours

However, here’s what we actually found out: This dynamic occurs because of BlueSG’s high per minute cost. Although it doesn’t charge a base fair or a distance based fair, BlueSG’s time based fair is about 2x higher than that of other services and inflates your cost significantly if you are stuck in traffic and waste time on the road. If the traffic so severe that your trip duration doubles, then ride hailing services could be cheaper than BlueSG by 15-20%.

Furthermore, BlueSG has a significant cost that is difficult to capture with numbers and calculations: convenience and productivity.

That’s not all. Given that BlueSG still has a very limited set of operational experience, it still has a lot to figure out.

These include how to ensure all the cars are well serviced and are in good condition or how to maintain a sufficiently sized fleet so that its customers can always find a car when they need one. It would be difficult to predict or the quantify the true cost of frustration and other complications that could result from not being able to find a properly working car when you really need one.

Still, BlueSG’s could potentially be a difference maker, especially its annual plan

Still, BlueSG is a much cheaper alternative to owning cars.

Further Reading: Tools to help you save money on rides

A player familiar to many in the eCommerce scene, and ShopBack helps users save on a daily basis. It is now even more unique that consumers can directly input and pull out promos. Simply input your destination and location, a list of prices from the different players eg. GRAB, UBER, COMFORT, and RYDE will be generated for you to choose from. You can even apply promo codes which they update on a weekly basis. 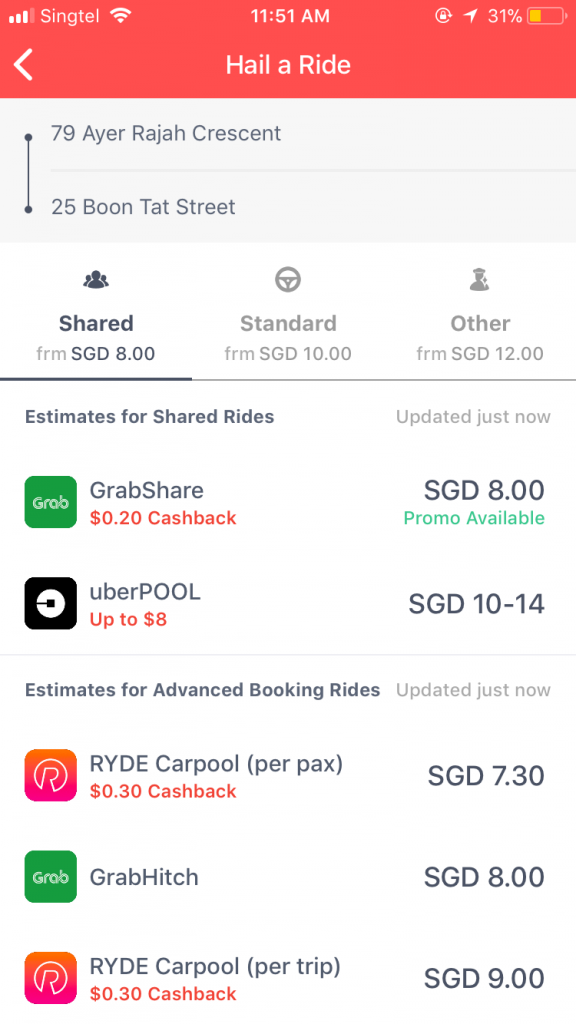 This is on top of the possible cashback when you use the feature! Keeping track of your expenses plays an even more important role, now that ride-hailing is made easy. 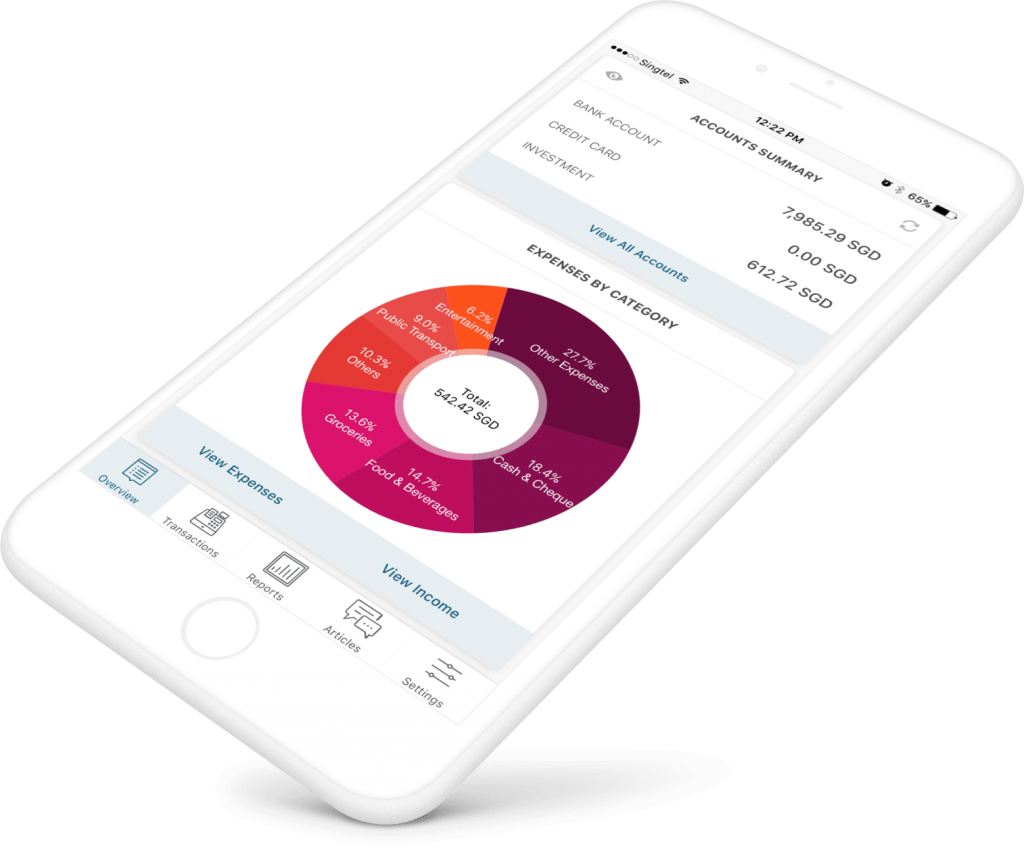 The convenience can result in a spending habit on rides which can erode away your savings. Seedly allows you to view all your finances in one place and better keep track of your expenses on Grab and Uber.