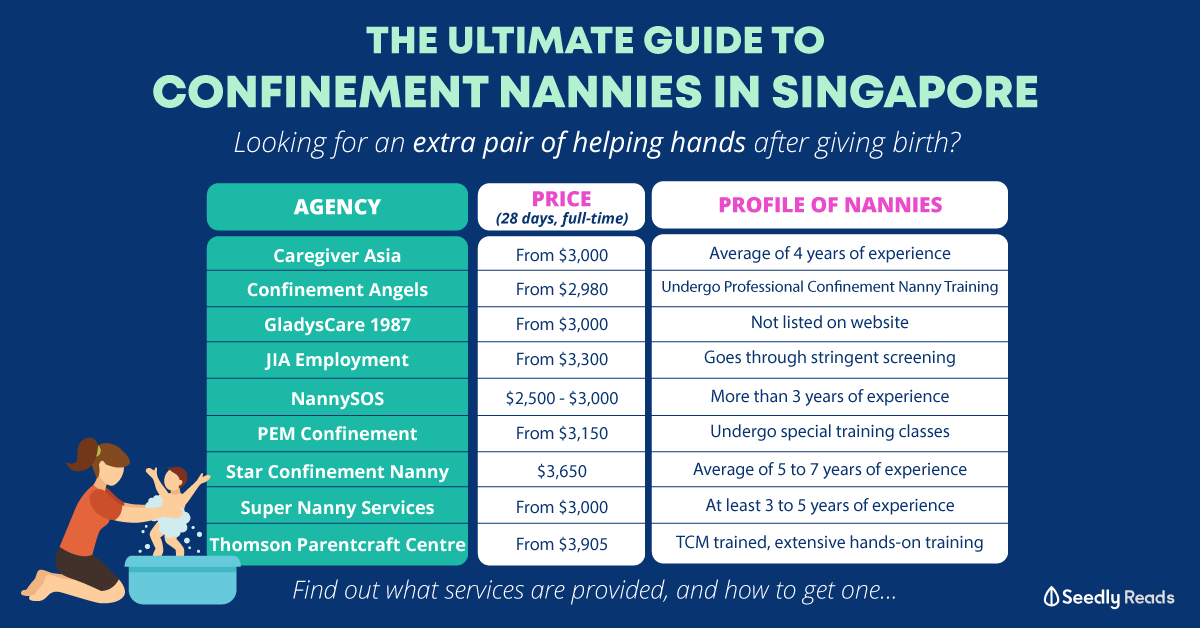 When I read how COVID-19 has caused confinement nanny woes for many new parents, I thought to myself:

“Wah, I never knew there were so few confinement nannies in Singapore.”

As if going through pregnancy and childbirth wasn’t tiring enough, this became a new worry for many parents during this unprecedented crisis.

Given that there is a possibility of me becoming a mother in the future, I started wondering.

With this ongoing demand in Singapore…

Is it possible for me to become a confinement nanny too?

Yes, a role which is stereotypically for motherly figures in their 50s or 60s.

But why hasn’t a 27-year-old thought about it?

It could be a prelude to mummy duties… or for me to decide whether I even want kids in the future.

I also can learn some baby caring techniques, and maybe even… have it as a side hustle?

I saw how confinement nannies could earn about $25 per hour on a part-time basis.

So I started to dive into the Confinement Nanny Training Programmes (wah got skillsfuture subsidy somemore!) tunnel, only to find out that… these programmes specifically mentioned the eligibility criteria to be for mature women.

Well, maybe my side hustle in 20 years then.

Nevertheless, I got curious as to what REALLY constitutes a confinement nanny’s job scope, and how these domestic angels provide help in a new mother’s journey.

In this article, we cover the following:

Duties of a Confinement Nanny 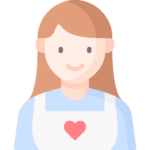 Being parents (especially new ones) can be overwhelming and stressful.

Many parents also tend to place a lot of pressure on themselves, and along with the feeling of inadequacy and the lack of support and sleep, it is easy to compromise on one’s own wellbeing.

Confinement nannies would function as dedicated caregivers and could help provide these parents with some breathing space.

They would provide extra pair of hands to help with parenting duties such as diaper changes and baths, and also to feed the baby and sometimes even the parents.

Some duties of a confinement nanny would usually include:

Confinement nannies are usually hired for one month (28 days), though shorter or longer periods could usually be requested too.

So what’s the difference between hiring a confinement nanny and a maid?

A maid (foreign domestic worker) is normally trained in housework, and is usually hired to help with domestic chores such as cleaning, grocery shopping, laundry and ironing.

They may, however, be inexperienced in taking care of babies, as well as postpartum care.

As for confinement nannies, they are usually women who have specialised knowledge and experience in caring for babies, and would go through rigorous training (or even certification) for baby duties.

Confinement nannies would also be armed with knowledge in confinement meals, and sometimes provide pre- or post-natal services such as massages or unblocking of ducts.

However, this specialisation comes with a huge price tag – a maid costs about $600 a month, while a confinement nanny costs more than $2,000 a month.

When Would Be Best Time To Book A Confinement Nanny? It is recommended that you book at least 3 to 6 months before your estimated delivery date (EDD).

Some even suggest doing at the beginning of your pregnancy.

Doing so as early as possible ensures a confinement nanny at your availability, as they usually get snagged up really fast (especially the reputable ones).

So do start looking for one early, if you’re planning to engage one!

Getting a Confinement Nanny

There are mainly two ways of getting a confinement nanny – either by yourself or via an agency.

Depending on personal preferences, both methods come with their own sets of pros and cons.

Besides the prices that are quoted, do note that there would usually be other miscellaneous costs involved as well (if you’re hiring via an agency, do check whether they are included in the package).

For instance, it is common to gift red packets to the confinement nanny.

This is done on the first day of arrival, as well as the last day of duty, and the amount would vary according to her performance.

There will also be medical insurance and work permit costs, where employees must pay a monthly levy if the nanny is a foreign worker.

Also, do note that there are currently additional costs due to COVID-19, where employers have to pay for the COVID-19 test (up to $200) and dedicated Stay-At-Home facility ($1,500) for overseas confinement nannies.

Getting a Confinement Nanny Yourself

Some couples might prefer to get a confinement nanny by themselves, either from word-from-mouth or through forums or portals.

Here are some useful websites if this is the option you wish to consider:

If you’re hiring an independent or freelance confinement nanny, it might be helpful to interview prospective nannies before deciding on one.

Some of the things you might want to check would include:

Hiring a nanny by yourself would also mean having to look into the application of a work permit and paying of levy fees.

Also, in an unfortunate case of dispute or misconduct, settling an independent nanny might be more troublesome than one hired through an agency.

Getting a Confinement Nanny via an Agency

For couples who would prefer more certainty, it might be more suitable to hire a confinement nanny via an agency.

Hiring a nanny via licensed confinement nanny agencies would mean that the interests of the customers will be safeguarded.

For instance, there will not be any risk of no-shows as confinement nannies will be guaranteed if they are hired through agencies.

Also, there would be no risk of breaching any MOM’s rules and regulations as licensed agencies are regulated.

Agencies would usually also help with the administrative portions of the hiring process (such as application of work permits), allowing the process to be more hassle-free.

Here are some of the well-known confinement nanny agencies in Singapore:

Many of these packages are highly customisable, so do inform the agencies of your needs to ensure an accurate quotation for the services provided.

Besides the regular caring of the mother and baby, agencies usually offer additional services that cater to the mother’s needs.

If you’re hiring an independent nanny, groceries costs or cooking are sometimes not included in the package price.

For this, there are also several confinement food packages available in the market right now.

These packages are usually specially curated to provide nutrition to recuperating mothers.

These confinement food are also usually cooked home-style, providing some familiarity and comfort to the mothers (and sometimes also fathers!).

Given that they are packed with nutrition using fresh and healthy ingredients, they do not come cheap.

For instance, a meal package of 7 days (single meal) from NannySOS would cost $430.

Which is why it is something that most confinement agencies would offer, along with regular confinement services.

After giving birth, mothers often wish to get back to their pre-pregnancy body.

The blood circulation also helps with the clearing of blocked ducts, allowing an increase in breast milk supply.

Other benefits would include releasing of muscle tensions and improves womb recovery.

There are several packages available for mothers to choose from.

Do I REALLY Need a Confinement Nanny? Post-natal support could be tremendously helpful for mothers, especially first-time mothers where everything is new and foreign.

Parenting is definitely one of the most tiring things on Earth.

However, some of us might be hesitant to sign up for such help, as confinement services definitely do not come cheap.

With various services like confinement meal deliveries being readily available, we can choose which specific services we wish to have instead of having a full-time stay-in nanny.

Ultimately, we should choose the ones we can afford, and the ones that meet our needs.

If you’re someone with unanswered questions on parenting, hop over to our SeedlyCommunity to get some friendly advice!