Could Singaporeans Be Using a New Form of Currency in the Future? 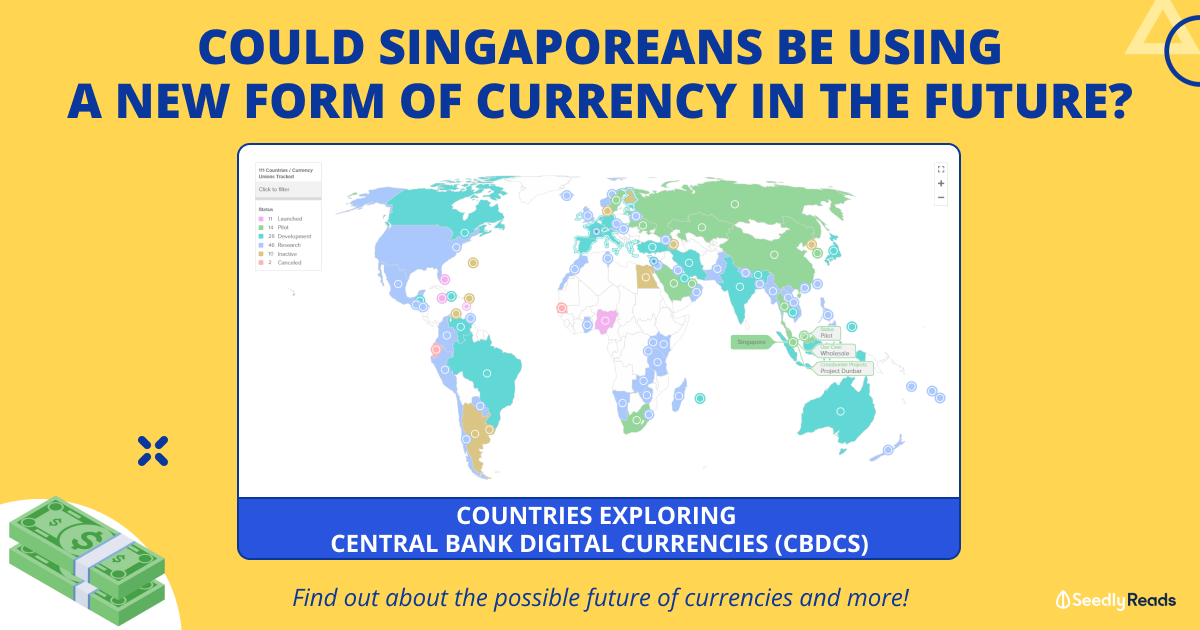 Could Singaporeans Be Using a New Form of Currency in the Future?

We use it to buy car, buy house, buy chicken rice, buy gf…

You get the point; the Singapore Dollar has been Singapore’s legal tender and remains largely unchanged since its inception in 1967.

And while we do have the option of going cashless in recent years thanks to the digital form of SGD, the Singapore Dollar still has its limitations.

After attending Blockchain Week 2022, organised by the Blockchain Association of Singapore and even graced by a Member of Parliament (MP) and the Monetary Authority of Singapore (MAS), one of their panels titled “CBDCs vs Stablecoin” had me wondering:

Could it be time for a new Singaporean currency? And if so, what would it be? 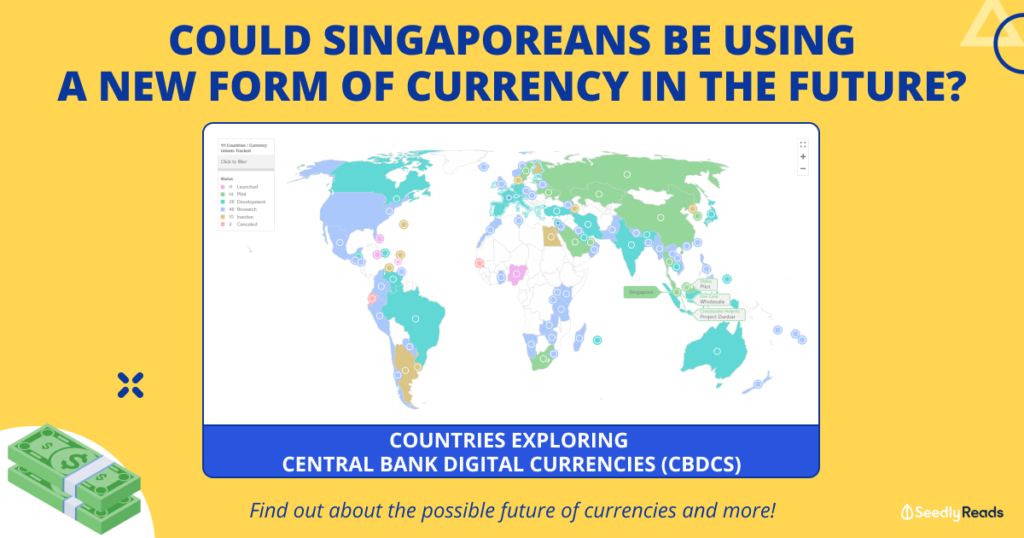 The Possible New Forms of SGD: CBDCs vs Stablecoins

With the advent of new technologies, new forms of currencies such as stablecoins and Central Bank Digital Currencies (CBDCs) have popped up.

These currencies provide a more efficient way of transacting and address some of the issues that fiat currencies have.

Let’s dive into what these currencies are and the pros and cons of using them as legal tender.

Ideally, stablecoins have all the benefits of a cryptocurrency: decentralisation, fast transactions, and a transparent ledger, on top of having stable value.

They sound great on paper…

Until you realise that some (algorithmic) stablecoins have completely collapsed due to over-leveraging. 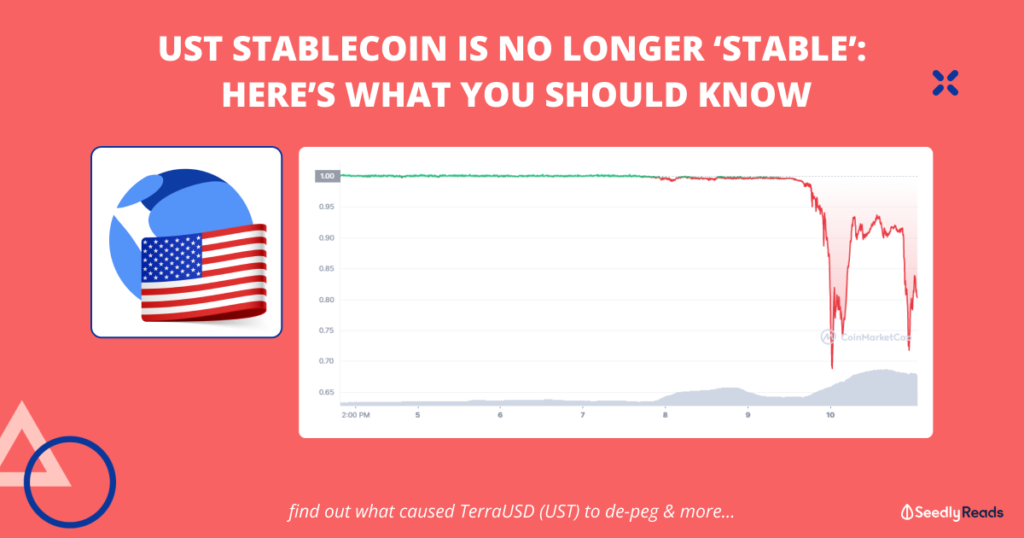 But when you go out to shop for your phone after a couple days, you get a shock that your 1,000 UST is now only worth S$100.

It would be something unthinkable for most of us.

Yet, it happened to those who put their life savings in this particular stablecoin.

I won’t go into detail about the problems with algorithmic stablecoins, but for those who have read the article linked above, it is clear that regulation is needed, along with proper audits should a stablecoin be used.

This sentiment is also echoed by Kunaal Patel, the Head of Business Development at Partior who said during the panel that the “price (of stablecoins) needs to be closely controlled, and that leads to regulation”.

While stablecoins do have their benefits and specific use-cases in the cryptocurrency world, it is quite clear that stablecoins will not be legal tender, given MAS’ stance on cryptocurrencies.

Cryptocurrencies have had a long tussle with regulations and it does not seem likely that stablecoins can overcome this hurdle for a while.

So, is there an alternative that can be regulated and possesses similar benefits to cryptocurrencies?

You can send CBDCs to your friends digitally, pay employees, buy chicken rice and make other transactions.

But wait, how is that different from the digital SGD that we see in our bank app?

Well, firstly, CBDCs are NOT backed by physical commodities such as gold and silver but are pegged to the value of the country’s fiat currency.

Another key difference is that CBDC transactions, like cryptocurrencies, are recorded digitally on a digital ledger.

There are also two types of CBDCs, wholesale (for banks) and retail (for us consumers).

You might be wondering, why go through so much trouble to use CBDCs since they basically do the same thing as any other traditional currencies?

In essence, CBDCs allow for cheaper, faster, and more secure transactions as everything is recorded digitally without the need to pass through multiple financial institutions.

CBDCs also allow people who are unbanked or underbanked to be included in the financial system.

It will be more accessible and cheaper for the Central Bank to reach those who usually don’t have access to savings accounts, insurance products, and other financial services provided.

Moreover, CBDCs greatly reduce the risk of bank failures or bank runs and establish a connection between Central Banks and the public.

But of course, CBDCs aren’t a silver bullet to the current limitations of fiat currencies.

First of all, there needs to be changes to financial structure, monetary policy and laws.

There is also the concern of financial system stability, privacy, protection, and cybersecurity.

That said, around 100 countries (representing 95 per cent of global GDP) are already exploring CBDCs. As of today, 11 countries have already launched their CBDCs.

The largest market, the U.S., is also experimenting with a retail CBDC.

No doubt, CBDCs have been picking up traction globally.

Back home, MAS has already been experimenting with wholesale CBDCs for interbank transactions under the title “Project Dunbar”.

As for retail CBDCs, MAS has clearly stated that it does not plan to implement CBDCs for the public at the moment.

According to Sopnendu Mohanty, Chief FinTech Officer at MAS, there is not enough justification for retail CBDCs and hence will be “still far off”.

Although there aren’t any plans now for a new legal currency, it is indeed interesting to know what’s out there and what could be in store for Singapore.

Personally, I still have my doubts about adopting a new currency, given that the cashless push in recent years hasn’t kept up with expectations.

Be that as it may, we, Singaporeans must continue to stay open to new opportunities and adapt when the time comes.