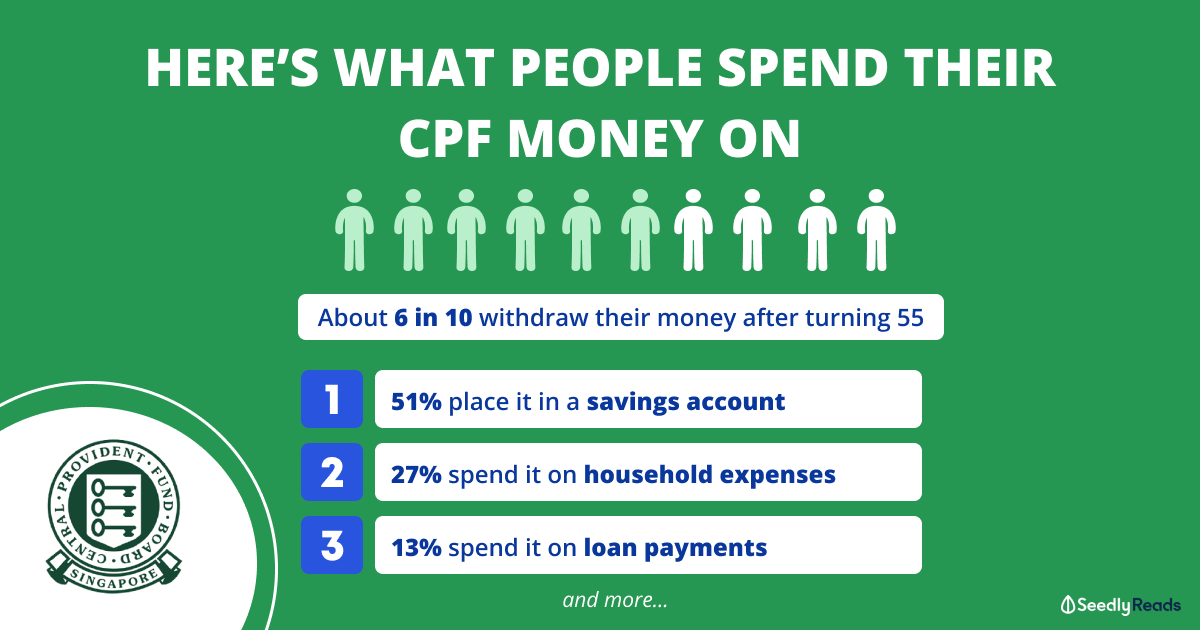 If there’s one thing Singaporeans are good at – it’ll be being kaypoh (read: a busybody).

Even though the Central Provident Fund (CPF) is something that most of us have, as with all personal finance topics, it is still something that is not widely discussed.

But that doesn’t diminish our interest in how other people handle their personal finance.

With all the talk on CPF Retirement Sums, how much we need to earn to reach it, hacks to maximise CPF interest rates, or the popular 1M65 (or 4M65) strategy, using CPF as our retirement fund is definitely part of the plan for most Singaporeans.

So how are Singaporeans REALLY using their CPF money after 55 years old?

Wanna kaypoh how others are handling their CPF? Get to do so right here…

TL;DR: What CPF Members Are Doing With Their Cash Withdrawals After Age 55

CPF conducts a Retirement and Health Study (RHS) which is a survey of Singapore residents’ retirement and healthcare needs.

This study was published in 2018, where the results were based on the data that has been received from 7,200 respondents aged 55 to 70.

The results are as follows:

Are you planning to withdraw your CPF money after you turn 55?

For the uninitiated, when you turn 55, you can withdraw:

About 4 in 10 of those who were interviewed did not make any withdrawals after turning 55 years old.

This is mainly due to these individuals having no immediate need for these funds, and therefore leaving it in the account to accumulate interest.

As we know, at 55 years old, the ability to take investment risks decreases significantly. 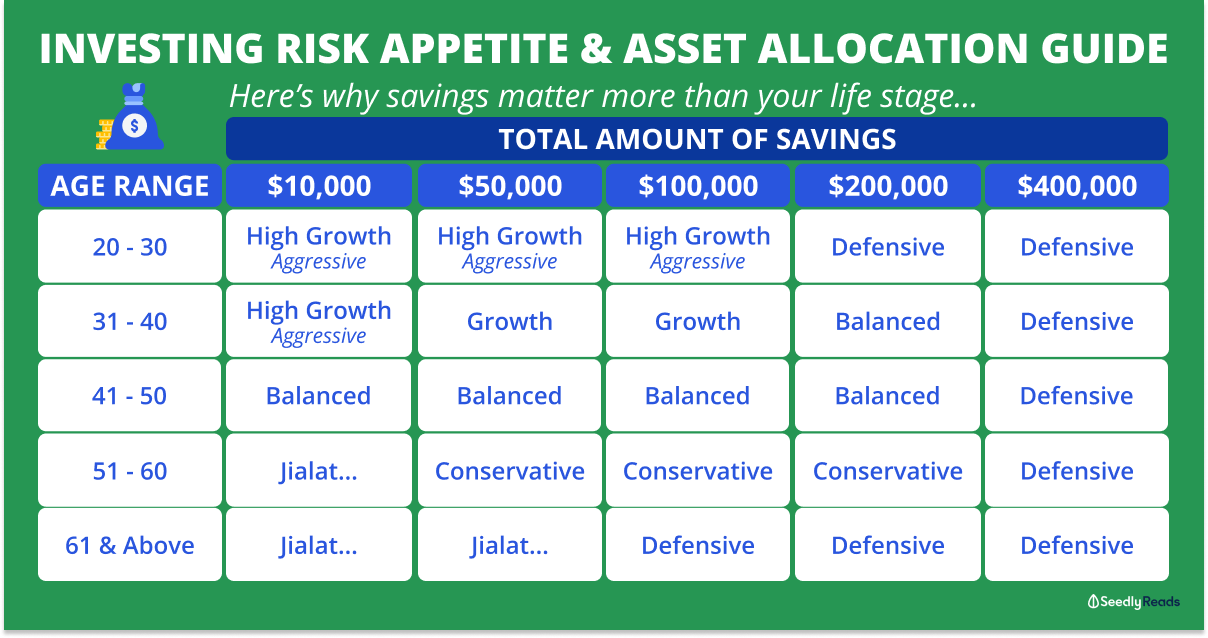 Therefore, having guaranteed risk-free 2.5 to 4% returns is not something that can be found easily elsewhere.

As such, it is a good method to keep the monies in your CPF account to let the interest keep rolling even further, for as long as you can afford to. 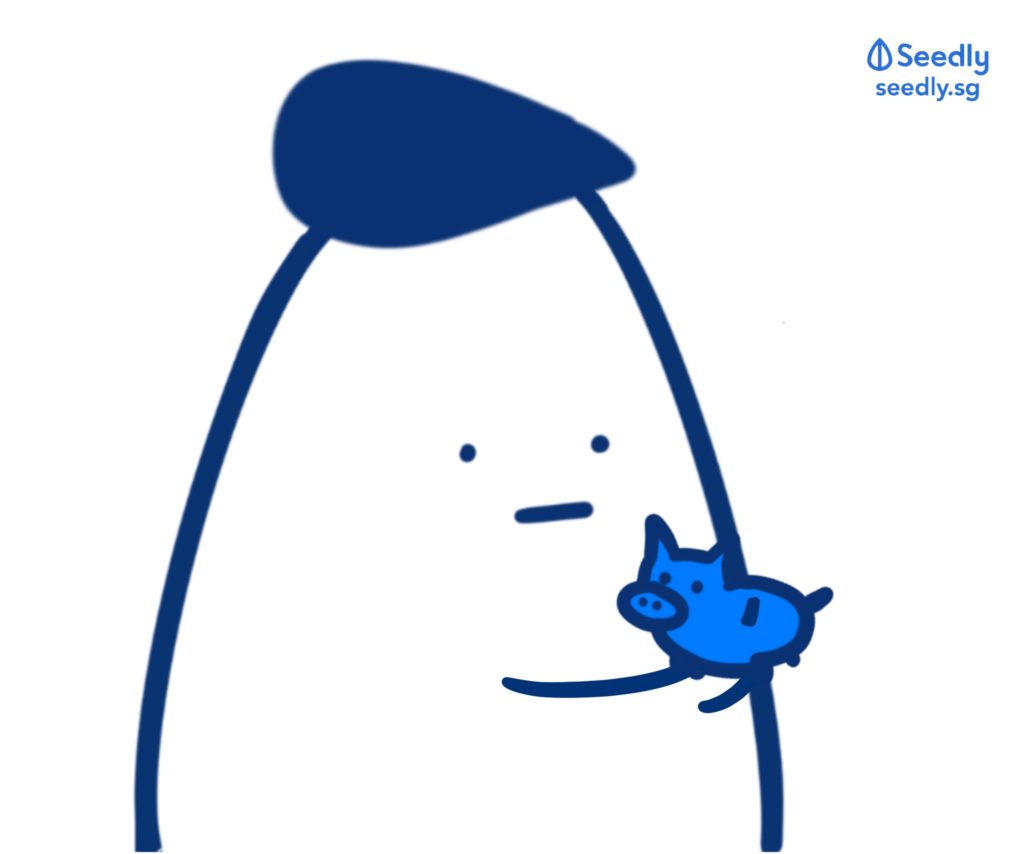 More than half of those who have withdrawn their savings are leaving it in a savings account at financial institutions.

The median amount deposited was about $8,000.

With these individuals storing their funds in a savings account, this suggests that these funds are not used for their immediate needs as well.

Such behaviour might be due to the perception of the money being more liquid in these savings account, even though CPF withdrawals can be received within a day through PayNow.

In addition, interest rates provided by the CPF are higher than these savings account rates as well.

So if we do have our loved ones who are looking to do this to their CPF money, let’s encourage them to leave it in their CPF accounts to get higher interest rates instead! 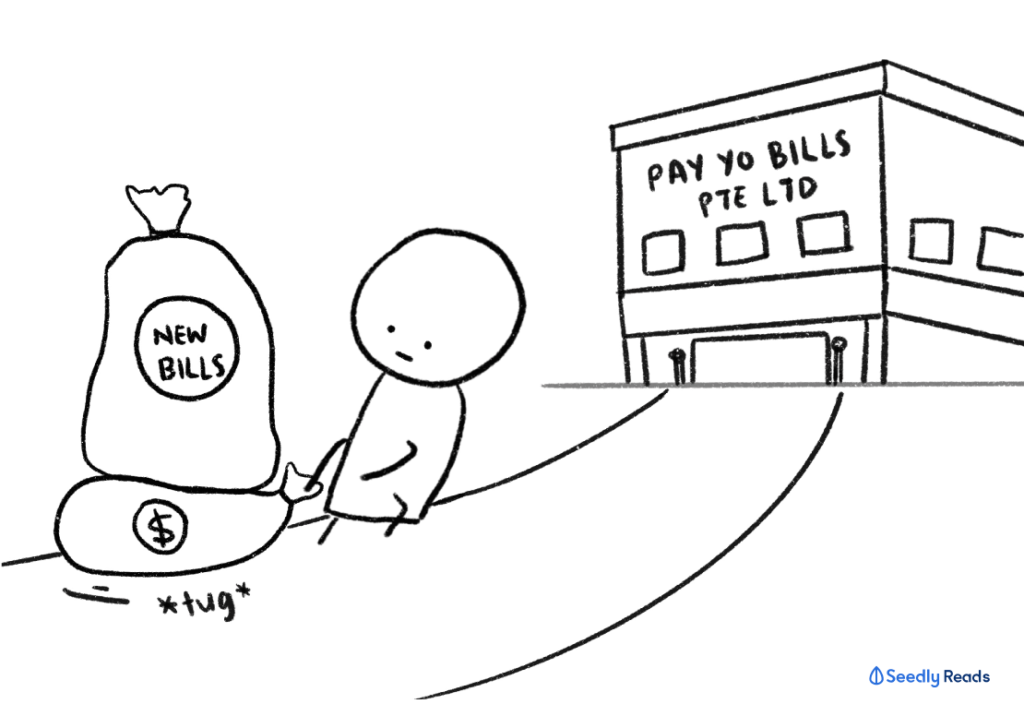 The next most common use for CPF withdrawals is on immediate expenditure needs, which includes household expenses (27%) or loans (13%).

This group of people also have more children as compared to other groups, where some have used their withdrawal to fund their children’s education.

It was also noted that a relatively higher proportion of individuals from this group had poorer health, which might translate to these withdrawn CPF funds being used for medical bills and expenses.

This reminds us of the importance to create a buffer for medical emergencies, especially how a health crisis could easily disrupt our retirement plans.

Are you someone who started planning for retirement early so that you can spend your retirement years satisfying your wanderlust?

About 20% of the respondents have withdrawn their CPF money to spend it on big-ticket items, which includes holidays and home renovations.

Most of those who belong to this group were still employed when they were surveyed, and some of them viewed this sum of CPF money as additional funds that could be spent on items that could benefit them and their loved ones.

Something like collecting a bonus gift for crossing that 55-year-old mark.

Will I Ever Have Enough In My CPF Account To Withdraw My Money at Age 55?

A lot of us have the worry of not having enough in our CPF account for it to be withdrawn when we reach the eligible age.

Fret not, because there are now various ways (many that we’ve covered) to maximise the advantages of CPF and grow our retirement fund!

Some of them would include:

If you’re interested in other CPF tips and tricks, you should probably check this out before it’s too late…