CryptoCurrency: A Year in Review 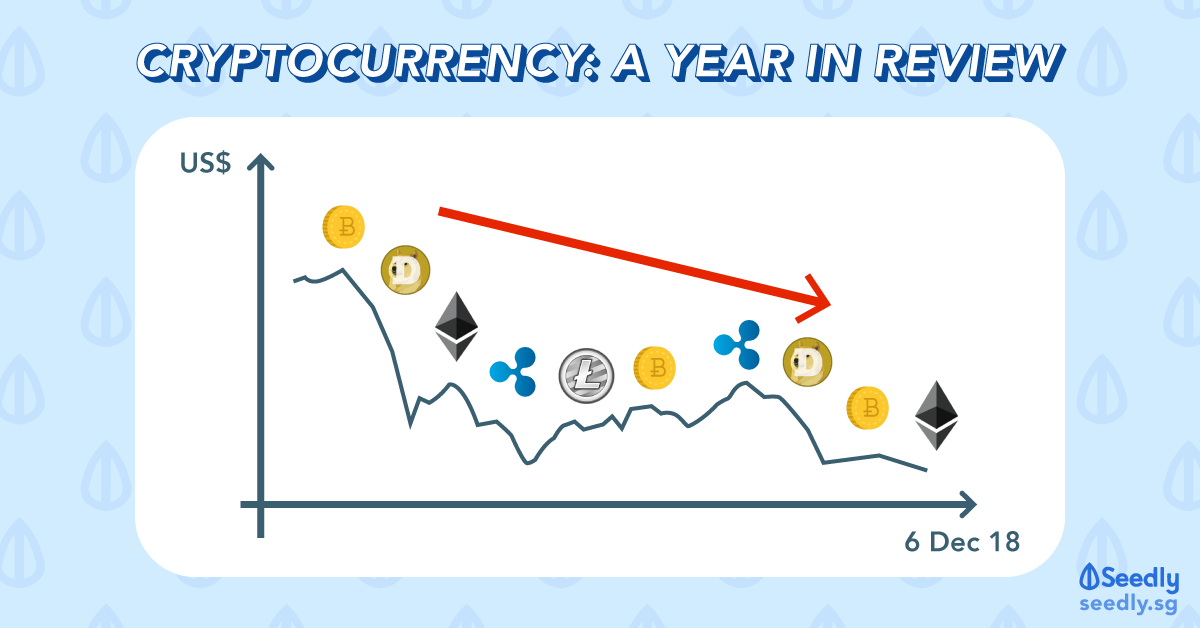 CryptoCurrency: A Year in Review

You’ve probably heard the news by now – what with Bitcoin’s crash to its newest adjusted closing price of US$4,197.46 (as of 1st December 2018). Representing an approximate loss of 68.78% from its initial closing of US$13,444.88 in 1st January, it’s no wonder global investor confidence has dipped in direct response.

Similarly, Ethereum has also experienced a decrease of approximately 85.01% from its initial closing of US$756.20 in 1st January. Coupled with increasing securities regulations in response to the cryptocurrency “bubble”, investor tensions are high.

Here’s a quick insight on a quarterly basis!

Given the level of volatility over the past year, its credibility as a valued alternative to fiat currency has suffered in light of recent events. However, worldwide attention to cryptocurrencies has not been stifled.

On the home-front, the Monetary Authority of Singapore (MAS) has been actively preparing for the next generation of cryptocurrencies, collectively working with Nasdaq, Deloitte and others, towards addressing long standing issues surrounding transaction security, price stability and energy costs amongst many others.

Specifically, Project Ubin, Singapore’s own digital currency, has entered its final phase of development and is expected to be completed in 2019.

Not to be confused with restorative works at Pulau Ubin. Touted as a tokenised form of the Singapore dollar to be used as an alternative to settling exchanges and payments, the induction of this Singapore-led initiative is set to further enable interconnectivity across various blockchain platforms, demonstrating its potential for a multitude of real world opportunities.

In fact, countries such as Russia and China are already in the midst of developing their own cryptocurrencies, perhaps signifying the initiation towards a fully cashless economy. But what about Singapore? Are we truely ready for such monumentous advancement in financial systems?

In a way, it’s not hard to blame the ordinary layman for his deep-seeded doubts in arguably such an experimental digital financial system. Personally, I think of cryptocurrency as a malleable product, characteristically defined as a continuously morphing and adapting to digital commerce.

By now, I’m sure most of you would be all too familiar with these numbers and its illustration of “impending doom and gloom” as widely proclaimed by coin investors.

A glance into 2019’s performance

For all its popularity, performances of cryptocurrencies across the board have been dismal in 2018. In part, their poor performances could perhaps be attributed to a number of key factors, mainly:

Global outlook remains bearish as 2019 rounds the corner and it would seem as if cryptocurrencies are on its last legs. To that end, I strongly disagree. Admittedly, it remains in my self-interest (as with majority of coin investors, I would assume), that cryptocurrencies make a discernible comeback in 2019. Noticeably, there may still be hope for the crypto market.

While BTC remains undeniably the king of cryptocurrencies in terms of trading volume alone (2 billion in 24 hours across all currencies), it has yet to achieve day to day adoption across the masses. With the increasing number of financial regulations targeting cryptocurrencies, perhaps its credibility as an institutionalised asset would finally make its mark.

That said, there is still much to be accomplished before both traditional banking and cryptocurrency are able to coexist frictionlessly.

Is the idea of a single dominant digital currency really that hard to accept? I think not. However, this proposal does come with its own caveats. Firstly, for much of its successes and failures, I believe cryptocurrency is still very much in its infancy stage, arguably moving towards early mainstream adoption, but still somewhat reliant on community behaviour (as with any other fiat currency).

Simply put, people still attribute a range of values towards each cryptocurrency. Notably, trust in its decentralised design, varying community beliefs and wealth protection are very much still some of the key fundamentals that prohibit a winner-take-all scenario – A necessary and healthy pre-caution for the financial ecosystem if I might add.

In a sense, the decentralised operating systems behind cryptocurrencies presents an interesting proposition to conventional finance – could this just be another tech bubble waiting to implode? Or could this be the digital David that takes down the banking Goliath.

Just as how technology stocks are incredibly pervasive in today’s stock markets, cryptocurrencies could very well be on its way to replacing traditional banking mediums, similar to how Facebook eradicated friendster or how Amazon “destroyed” retail.

Realistically, the path to such hostilities would no doubt face immense pressure from central banks and securities regulators globally. That said, the possibilities are endless as we gear up for the next wave of technology upgrades in the coming century.

Accounting for advances in blockchain sophistication and its increasing adoption across banking networks, cryptocurrencies are here to stay. Noticeably, their current valuation still leaves much to be desired. Be that as it may, coin enthusiasts must be ready to accept the risks that come along with arguably, speculative rewards.

For beginner investors, you can check out this article for simplified break down on risks if you’re interested!