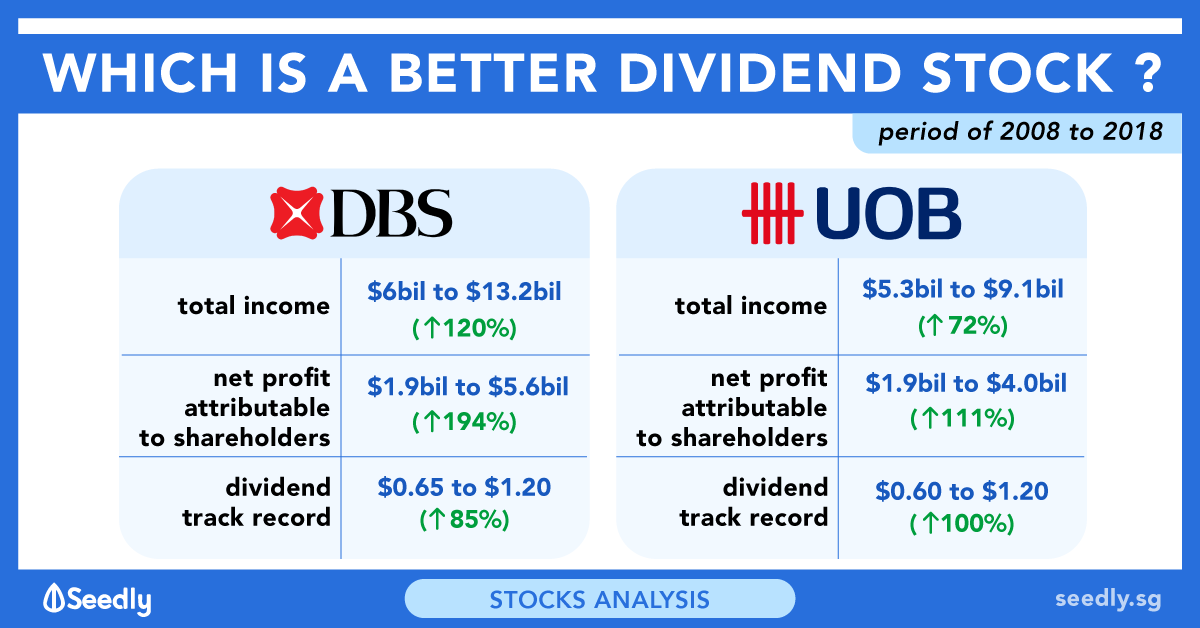 One of the most stable industries in Singapore is our banking industry.

In particular, our local banks have demonstrated an enviable track record of sustaining profitability over a long period of time. As such, these banks have become popular among conservative investors who want to generate stable returns over the long term, both in the form of dividends and capital appreciation.

The idea is to get a quick overview of which bank might be a better buy now for dividend investors.

Disclaimer: This is not a sponsored post. Opinions expressed in the article by the author should not be taken as investment advice. Please do your own research and due diligence.

To start with, we will compare the financial performance of both banks in the last decade.

This will help us assess the sustainability of the banks’ performance in the future.

Also, we can find out which bank did better, financially, in the last decade. With that, let’s look at some numbers for both banks.

Again, we will start with DBS Group.

Both banks did well in growing their business in the last decade. Comparatively, DBS Group did better in growing its business, financially.

The next comparison that we have here is to compare the dividend track record of the banks for the last 10 years. This will give us some indication of what we should expect in the future.

As we can see, both banks have done reasonably well by sustaining, as well as growing their dividends over the decade. Among the two, UOB did better in growing its dividend during that period.

From the above analysis, we can conclude that both banks have demonstrated stable financial and dividend track records, which render both of them worthy for dividend investors’ consideration.

Why not check out Seedly’s QnA and participate in the lively discussion surrounding stocks like DBS Group Holdings Ltd, United Overseas Bank Ltd and many more!