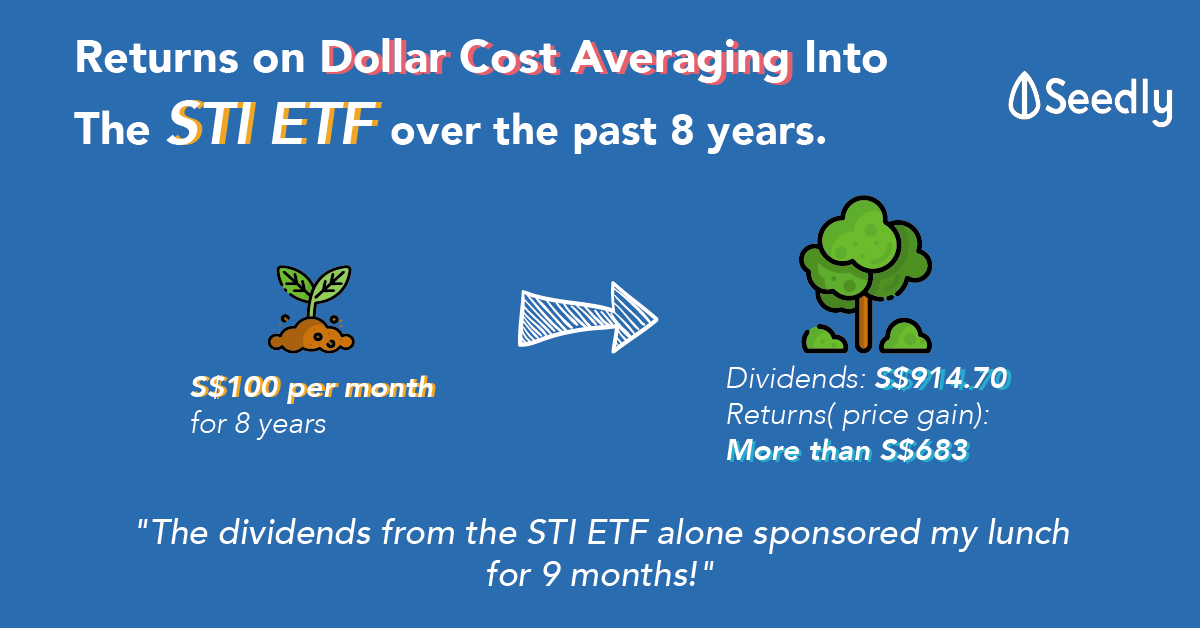 ” Invest into the STI ETF they say. It is good, they say.”

That was exactly what I did upon graduation.

The reason behind it was simple back then.

With time totally not on my side, I can finally write this article on the returns if you invest in the STI ETF over the past 8 years.

What is STI ETF?

To do a quick recap, the STI ETF stands for Straits Times Index Exchange Traded Fund. 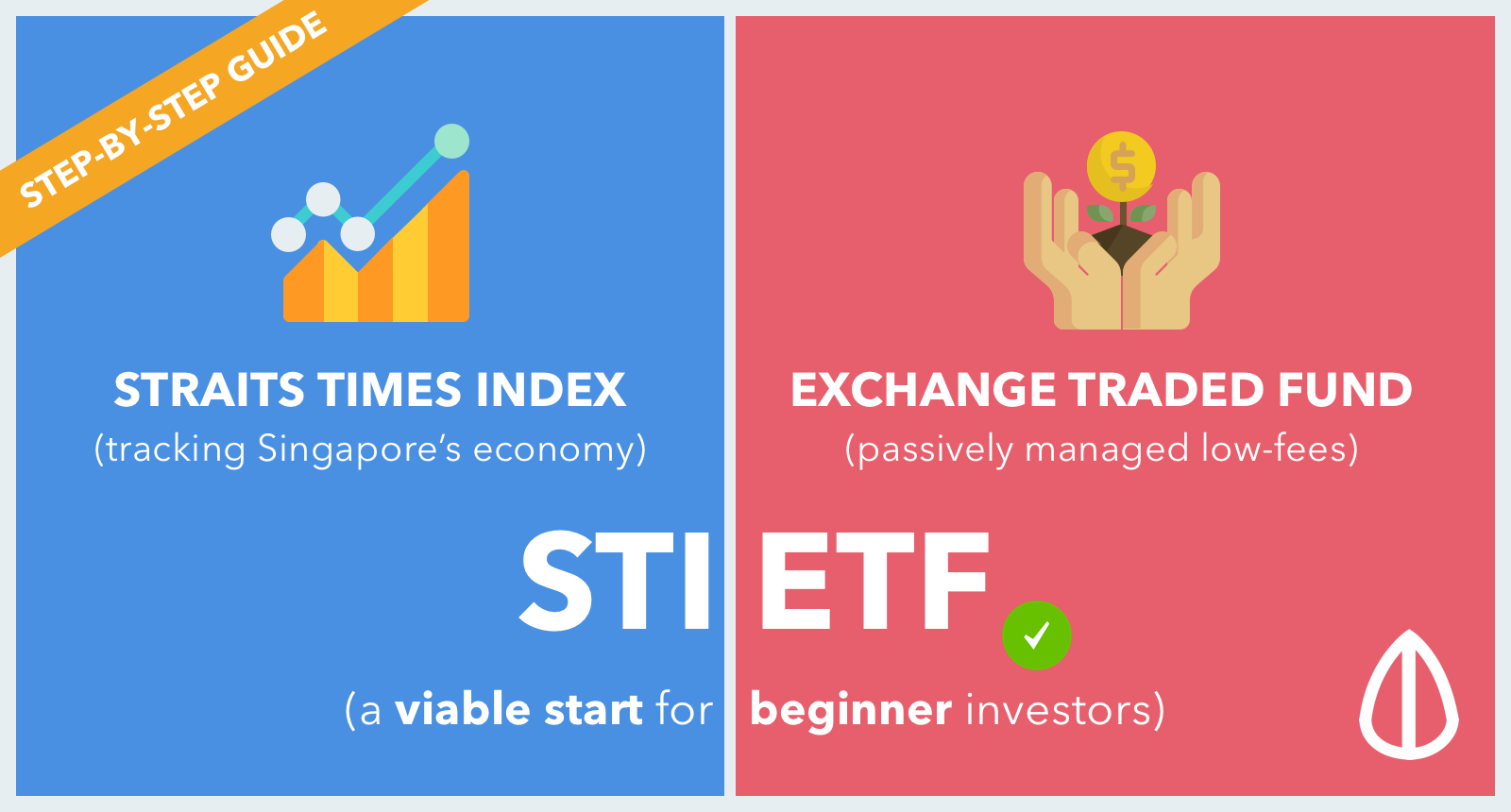 There are 2 methods to invest in the STI ETF, be it using

The dollar-cost averaging method goes well with most beginner investors simply because:

Further Reading: S$100 per month investment, over 8 years into the STI ETF

“Brace yourself for some crazy numbers!”

To determine the total gains of this investor’s Dollar-cost averaging strategy into the STI ETF over the years, we will be running two sets of numbers:

For convenience, we use the monthly closing price in the illustration.

Read also: Which Regular Savings Plan Is The Cheapest?

Changes in the price of STI ETF (G3B.SI) over the years

Below, we calculate the returns over the years in terms of price and also, to find out the number of stocks he bought over the 8 years.

Of course, it does not simply end here. The STI ETF gives out dividends twice annually.

The amount of dividends are one received depends on how many units one has during the exercise date and the amount dictated.

The history of dividends given out by NIKKO AM STI ETF looks like this: 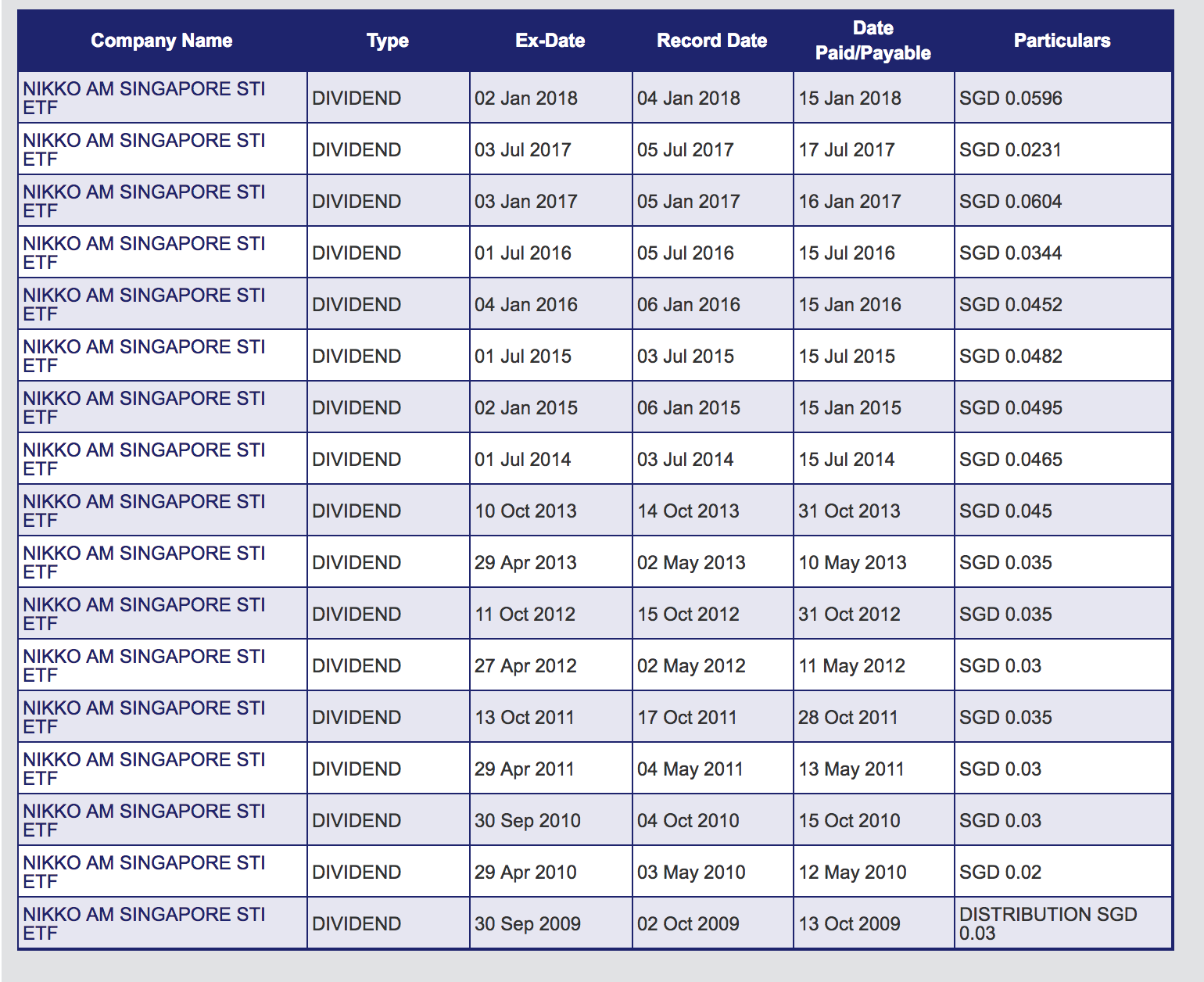 In the above example, where one dollar cost averaged in the STI ETF at S$100 per month, this is the total amount of dividends he would have received:

Based on the above calculating, using Dollar Cost Averaging Method, an investor would have invested a total of S$9,433.16 on 2,972 units of STI ETF.

This works out to be an average price of S$3.17 per unit.

We cross-reference that to the latest price:

Dividends of STI ETF bought him lunch for 9 months

Assuming an investor survive on his favourite fried rice for lunch at work every day.