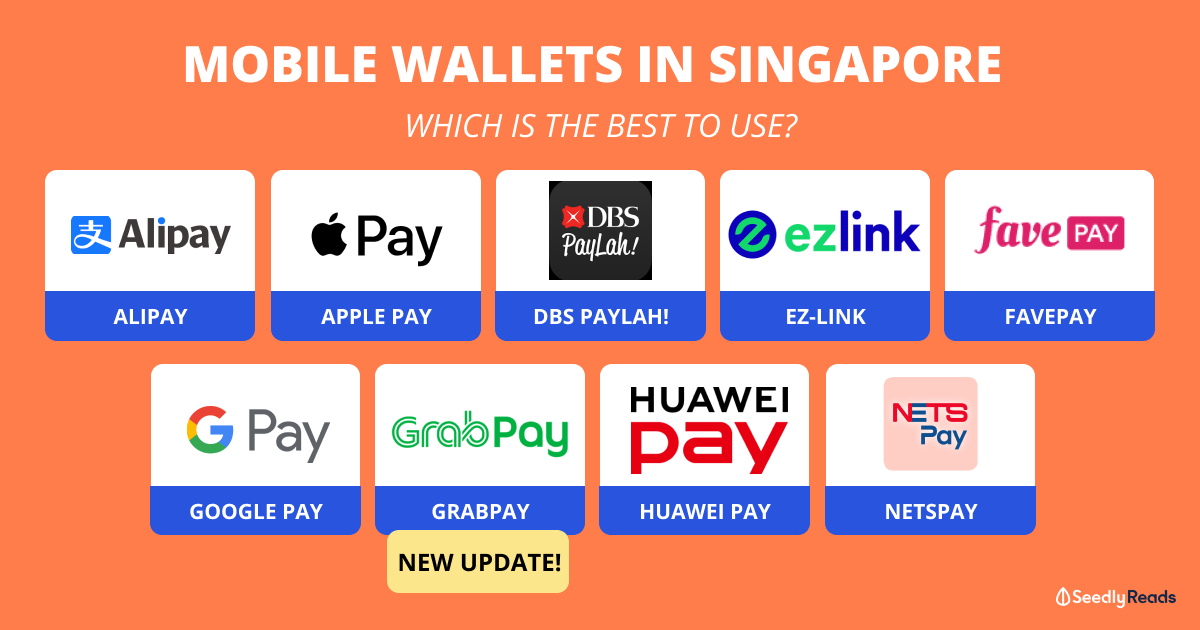 From 8 Feb 2021 onwards, Grab users can transfer the funds from their GrabPay wallet to their own bank account, other bank accounts, and e-wallets in Singapore.

Here are the locations that can be transferred to:

Here’s a quick glance of which funds can be transferred out:

You can make up to 2 transfers a day, and the maximum transfer amount is $5,000, which is the same as the GrabPay Wallet spending limit.

Transfers to your own PayNow account (account linked to Grab mobile number) will not be counted towards the annual spend limit.

Transfers to other accounts or e-wallets will count towards the annual spend limit of $30,000.

Do note that your Grab account has to be verified before being able to transfer money to a bank account.

Everything You Need to Know About Mobile Wallets in Singapore

Singapore’s e-payments journey started back in 1984 with the introduction of GIRO.

Since then, our digital cashless payment capabilities have evolved to the point where we can pay for things instantaneously with a tap of a button or using our smartphones.

Soon, this will be a thing of the past:

All of this is made possible through electronic wallets (e-wallets).

With so many offerings available to consumers like DBS PayLah!, FavePay, Google Pay, and GrabPay.

You’re probably wondering what’re the differences between them.

And which is the best mobile wallet to use.

That’s where we come in…

To break things down simply for you so you can make the best choice.

(Editor’s note: Apps like Apple Pay, FavePay, and Google Pay aren’t technically e-wallets since money is not stored in-app. But we’ve included such apps here as they also perform the same functions — if not more — as traditional e-wallets.)

TL;DR: Which Is the Best Mobile Wallet to Use in Singapore?

E-wallets, also known as digital wallets or mobile wallets, allow you to store credit cards, debit cards, credits, and sometimes loyalty cards on your smartphone, instead of traditionally in a physical wallet.

By doing so, when you are out and about shopping, you just have to bring your smartphone to pay for your purchases.

Gone are the days you have to lug your wallet or purse around.

You can use the e-wallets for digital payments when you do your online shopping as well.

Some e-wallets allow you to send, receive and store money too.

According to consulting firm McKinsey, the majority of Singaporeans, at 77%, use e-wallets.

It’s not surprising, given their benefits.

For one, digital wallets provide the convenience that cash payment doesn’t.

With mobile wallets, you don’t have to handle physical cash, which is especially great during the COVID-19 pandemic.

In fact, since we are able to use mobile wallets widely in Singapore, we may feel inconvenienced if a certain merchant doesn’t accept any form of e-payment.

Another benefit is that some e-wallets are tagged to reward programs for you to stretch that dollar.

However, no matter the convenience offered by digital wallets, it’s advisable not to store large amounts of money in your e-wallet in case you lose your smartphone or the issuer gets into financial problems.

What Are Some Things to Consider Before Using E-Wallets?

If you use an e-wallet where you can transfer money into the app, consider the following:

Which Is the Best E-Wallet App in Singapore?

According to a study by iPrice Group and App Annie Intelligence, the top e-wallet app in Singapore is GrabPay.

It had the highest number of monthly active users and total downloads in the last eight quarters from the third quarter of 2019.

Coming in as the second most popular e-wallet was DBS PayLah!, followed by FavePay, EZ-Link, and Alipay.

In terms of combined iOS and Google Play downloads, NetsPay and Singtel Dash also featured in the top five, with their rankings fluctuating through the past eight quarters.

What Are the E-Wallets Available in Singapore?

There are many types of mobile wallets available in Singapore.

Broadly, I’ve broken them down into:

DBS PayLah! is an e-wallet app that allows users to perform transactions such as funds transfer, NETS payment, QR code payments, bill payments, and other in-app and online purchases.

To sign up for it, you need a DBS/POSB digibank account (for personal or joint-alternate accounts only).

If you are a Singaporean or permanent resident without a DBS/POSB deposit account, you need to have a MyInfo account to authenticate yourself to allow retrieval of financial data for registration.

Additionally, you will also need the following:

OCBC Pay Anyone allows OCBC customers to send money to anyone and pay for meals and taxi rides, among other things.

Users can also request for money via a personalised QR code.

To use the OCBC Pay Anyone app, you need an OCBC online banking account, OCBC savings or current account and a supported smartphone (with iOS 10 and above or Android version 4.1 and above).

Find out more about DBS PayLah! and OCBC Pay Anyone right here!

UOB Mighty allows you to bank with UOB, make payments on the go through PayNow and QR Pay, and redeem rewards as well.

You can pay more than 25,000 merchant outlets such as Popular, ComfortDelGro taxi, Topman, G2000 with QR PAY.

To bank with UOB Mighty, you need to be a customer with UOB by having any of the following:

Furthermore, your device must be able to support UOB Mighty (devices to have iOS 10 or higher or Android version 6.0 or higher).

Think of it as a digital version of your NETS card.

With the NETSPay app, you can simply tap or scan with your mobile phone to pay (supported on Near Field Communication (NFC)-enabled Android handsets only).

One major benefit of NETSPay is that don’t need to input your PIN (Personal Identification Number) for transactions S$100 and below.

With NETSPay Prepaid Wallet, you can also perform peer transfers and send electronic gifts such as e-ang baos!

NETSPay app works with iPhone 5s and above, and with iOS 9 or higher. For Android, NFC-enabled phones with Android 6.0 and above are needed.

Its primary product is the digital wallet, Alipay Wallet, which allows customers to conduct transactions directly from their mobile devices.

But they’ve opened up their services and allowed international customers to add their own local credit cards too.

Alipay can be used on ComfortDelGro taxis, and at Resorts World Sentosa, Singapore Zoo, and Universal Studios Singapore, among other places.

The EZ-Link card was the very first contactless stored value card introduced in Singapore for public transport use.

Now with the EZ-Link Wallet, which resides within the EZ-Link app, users can make payments at retail outlets in Singapore by scanning an SG QR code or in Japan at an Alipay Connect-enabled merchant.

You can also earn EZ-Link rewards points for your digital wallet transactions.

FavePay is a cashless mobile payment feature on the Fave app. It doesn’t store any money in-app, unlike its peers.

Users can receive cashback or discounts when you use FavePay to pay selected merchants with the FavePay QR code.

You can link up your Fave app to pay for merchants using your credit or debit card, or GrabPay.

With GrabPay, you can earn up to four GrabRewards points for every dollar spent.

Google Pay is a non-banking payment app which allows you to:

Note: to use Google Pay for in-store payments, you have to ensure that your device supports NFC and Host Card Emulation (HCE) functions.

However, it’s more than just a payments app.

Google Pay also allows you to:

Early users of Google Pay will already know that you can collect scratchcards (worth up to $30) where you can earn cashback whenever you pay using the app.

Since 24 September 2020, the latest iteration of the app will be available on both Android and iOS with a couple of new features.

Like the ability to split and pay bills, while chatting with friends in-app.

The PayNow function which was previously only for OCBC customers have now been expanded to DBS/POSB and Standard Chartered customers too!

GrabPay is the brainchild of Grab, which operates ride-hailing and food delivery services in Singapore.

You can use GrabPay for in-store purchases by scanning the GrabPay QR code and also pay for Grab rides and GrabFood deliveries.

In addition, GrabPay allows you to go Dutch without the need to use physical cash to split bills.

There’s also the GrabPay Card, which can be used just like a debit card at places that accept Mastercard (which is almost everywhere).

To top it all off, each GrabPay transaction earns you GrabRewards points that you can use to redeem rewards.

It allows you to make online and in-store purchases, both locally and globally, pay using the app for public transport in Singapore, send money to countries such as China, India, Indonesia and Malaysia.

Singtel Dash also allows you to send money to your friends locally.

To sign up for Singtel Dash, you need a valid Singapore registered mobile number and be a Singapore citizen, permanent resident, or foreigner with an Employment Pass, S Pass or Work Permit.

Just like Alipay, WeChat Pay is also one of the top players in China’s mobile payment industry.

In Singapore, WeChat Pay can be used onboard ComfortDelGro taxis, and at 7-Eleven, Cold Storage, Giant, Guardian, and so on.

On top of those e-wallet apps listed above, there are also other mobile wallet players available that readers can check out:

These type of mobile wallets don’t store e-money but enable you to park your credit and debit cards in a virtual wallet.

Apple Pay was one of the first mobile payment operators to be launched here in 2016, even before its competitors Samsung Pay and Google Pay did.

Apple Pay works with your Apple devices and allows you to add your credit and debit cards to the Wallet to pay for purchases.

You can also link up your Singtel Dash Visa virtual card and pay merchants via Apple Pay.

It allows you to make payments with your Huawei or Honor devices by adding your bank cards.

Devices that support Huawei Pay are:

Right now, ICBC Singapore is the only bank supported by the app.

Samsung Pay is a mobile payment service that enables the use of both credit and debit cards to make purchases. It was launched in Singapore on 16 June 2016.

You can add your loyalty cards to Samsung Pay as well.

Every transaction you make using the app earns you up to 30 Samsung rewards points, which you can use to redeem rewards and win prizes.

The devices that support Samsung Pay are:

Best Credit Cards To Use With Your E-Wallet Apps

If you don’t own any credit cards now but would like to get the best one to link up with the e-wallet apps, we’ve got you covered as well!

Head over to Seedly Reviews to find out what kind of credit cards are available in Singapore and choose your favourite out of ’em! 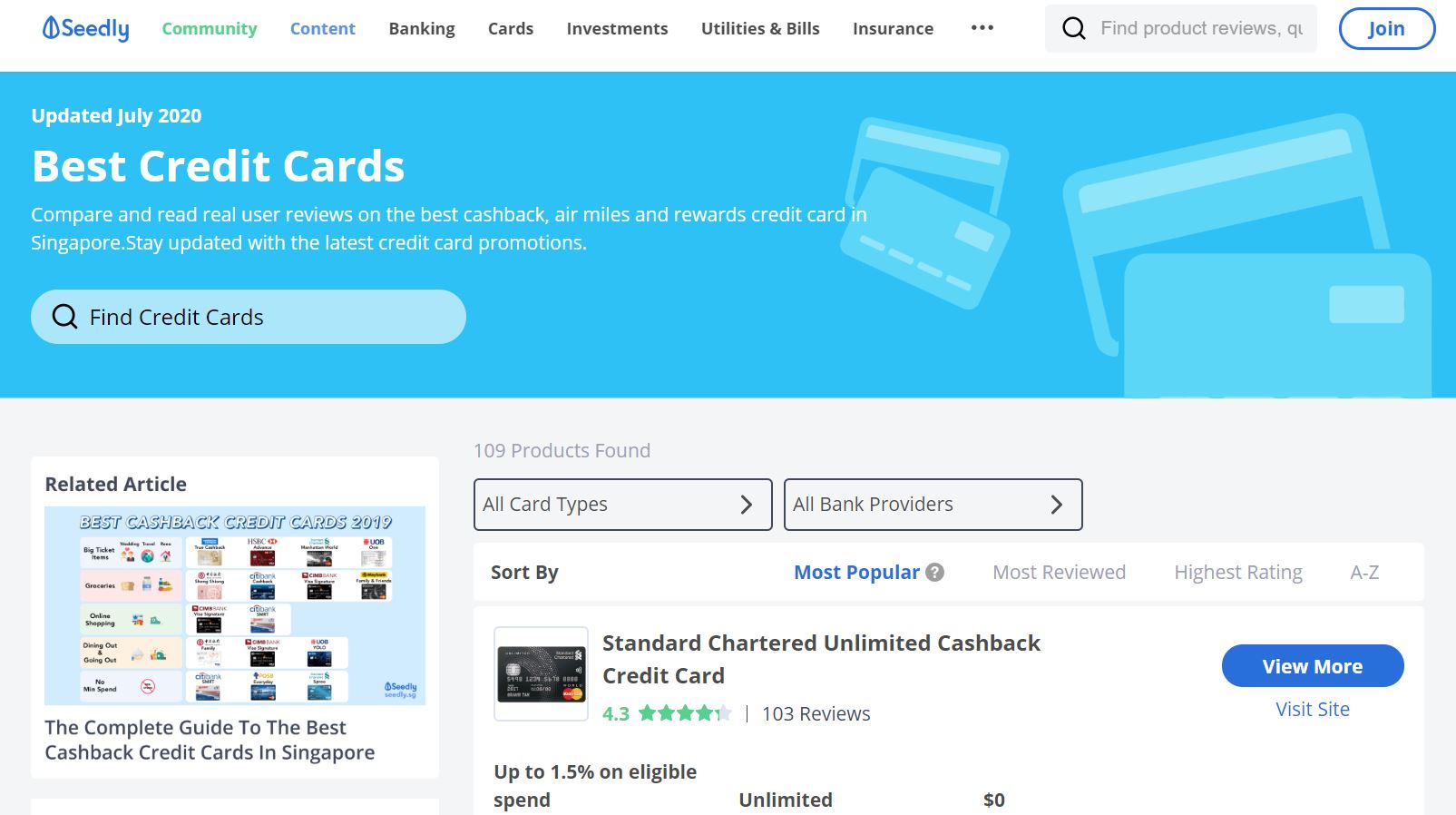