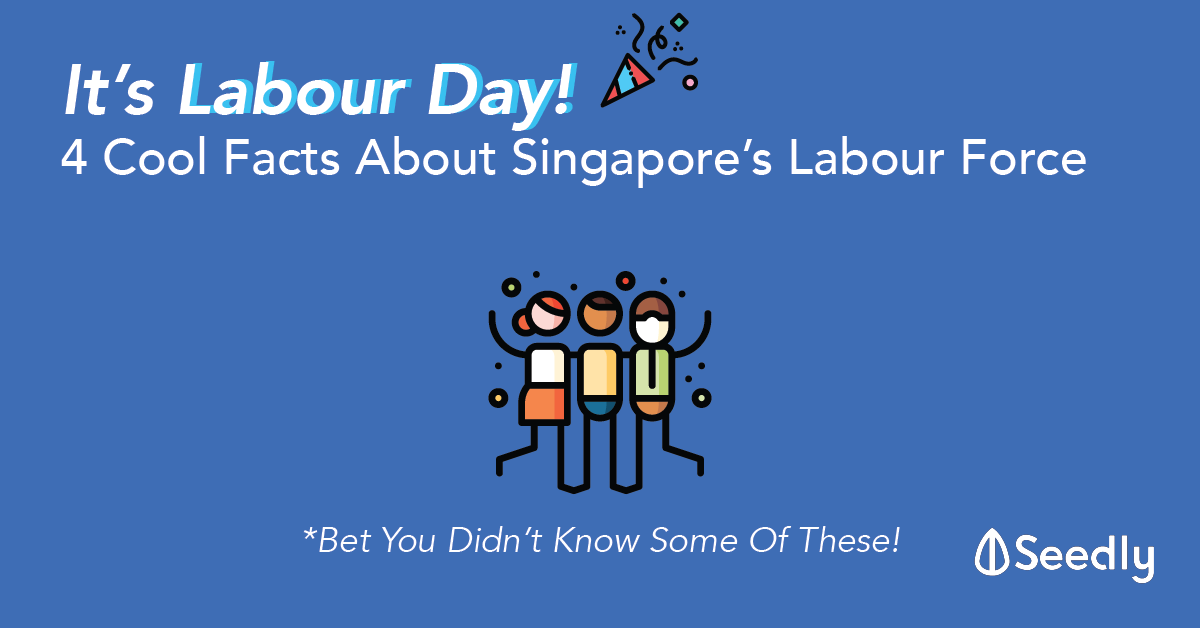 You know what that means, a day off from work!

We hope that you have managed to strategically book your annual leave to enjoy the extended weekend.

Whether you are planning to “lepak” at home or having a short trip. If you have not, it is not too late to look at the other dates.

TL;DR – We found out some cool facts about Labour Day in Singapore

I have been celebrating Labour Day since I was a kid (technically because it is a school holiday).

However, it has never occurred to me to find out the meaning behind it (until I took up this job, thanks boss).

Apart from what the name implies, it is a holiday to honour everyone that had worked hard for Singapore.

Here are some little-known facts that you may (pun not intended) or may not have known about Labour Day holiday and our labour force!

The History behind Labour Day

In the past, the working class slogged for up to 16 hours a day in unsafe and terrible working conditions.

This ultimately led them to protest for an 8-hour workday and better work environment.

Here are Some Numbers for us to Crunch

How have we been performing for the past 10 years? Some things we have noticed in our employment rates according to the Ministry of Manpower:

The number of people working who are aged 60 and above had risen substantially by 2.3 times to 14%.

This reflects the shift of the post-war baby boomers towards the older age groups and the increase in the labour force participation rate for the older residents over the decade.

With that, our median labour force age increased to 43 years old from the previous 41 years old.

“They once said that the university degree will be the new O Level paper.”

Considering how competitive the universities here in Singapore have become, this should not come as a surprise to us.

Labour Day in Singapore vs Elsewhere

Labour day in Singapore, is where Labour Movement leaders and partners gather at the May Day Rally to strategise and reaffirm their commitments.

These commitments are to help:

Also, where labourers like you and I get a day off from work!

Contrary to what we do in Singapore, Labour Day is spent differently in other countries.

In 2017, Indonesian protesters marched down Central Jakarta towards the State Palace and also in Paris where the protest turned violent between protestors and the police.

If you are in any part of the world witnessing or even participating a protest for workers’ rights, please do stay safe!