Let’s Be Real, Most of Us Won’t Achieve FIRE Let’s Be Real, Most of Us Won’t Achieve FIRE

You could pursue your passions, travel the world, or just sit at a coffee shop drinking kopi while chatting with your friends.

That’s the dream of the Financial Independence and Retiring Early (FIRE) movement.

But while we marvel at the idea of early retirement in our 30s or 40s, here’s the cold hard truth…

Most of us won’t be achieving FIRE.

Before we dive in, let’s revisit what FIRE really means.

FIRE is a lifestyle movement where the goal is to achieve Financial Independence and Retiring (or Retire) Early.

Let’s break it down.

Financial Independence refers to living off an income without being financially dependent on others.

To put it differently, you are not considered financially independent even if you have a million dollars in cash since that sum is not generating any income.

This is a goal that many people seek and is achievable given time.

BUT, the real bummer comes with the second part: Retiring Early, where you don’t have much time.

In Singapore’s context, retiring early simply refers to retiring before the statutory retirement age of 63 as of 1 July 2022. That said, most followers of FIRE aim to retire in their 30s or 40s.

For the uninitiated, there are multiple ways to achieve FIRE depending on how you envision your retirement to be.

These sound simple in theory, yet incredibly hard to pull off.

Why Most Of Us Won’t Ever Achieve FIRE status

Let’s face it. In order to achieve FIRE, there needs to be drastic changes to the average Singaporean lifestyle (unless you are filthy rich, in which case this piece doesn’t apply to you).

The one constant that all types of FIRE have is this: to lead an extremely frugal/minimalistic lifestyle.

In our How to FIRE guide, we’ve concluded that if you want to retire in 10 years, you’ll need to hit a 75% savings rate.

That’s an unrealistic goal for most of us given our current lifestyles and even exceeds the ideal savings (plus wealth) of 50% according to the 50-30-20 rule. 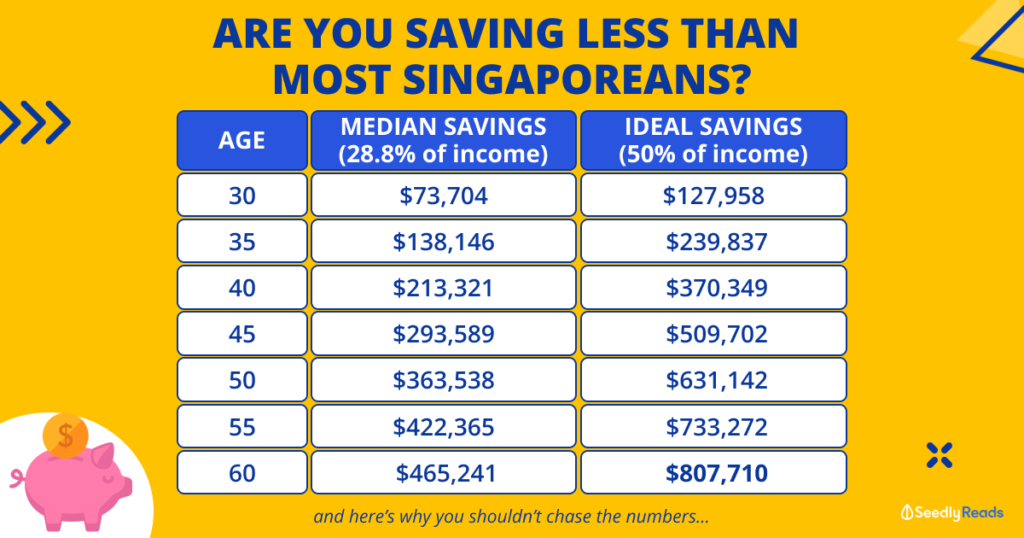 While it’s not comparable to ditching all you have and becoming a monk, achieving FIRE in our 30s and 40s still translates to some considerable sacrifices.

Here are a few things that you might need to give up.

It’s no secret that going out usually means that we’re spending more money.

And for extroverts who thrive on being around people, achieving FIRE could be harder as you’re more likely to head out to meet friends.

Similarly, those of us with friends who tend to lead lavish lifestyles will find it difficult to achieve FIRE due to expensive meetups at clubs, luxurious restaurants and what have you.

If we truly want to achieve FIRE, these are things that we’ll need to forgo and risk being called kiam-siap (Hokkien: stingy) or the “party-pooper”.

As the saying goes,

“Your vibe attracts your tribe”

This means that you’ll need to surround yourself with like-minded people who have the same goals and be ready to lose friendships if you are really intent on achieving FIRE.

We’ll Have to Give Up Having Kids

In Singapore, we know that having kids is a huge financial decision. After all, it costs $285,468 to raise a kid. And that’s a figure from three years ago without accounting for inflation. 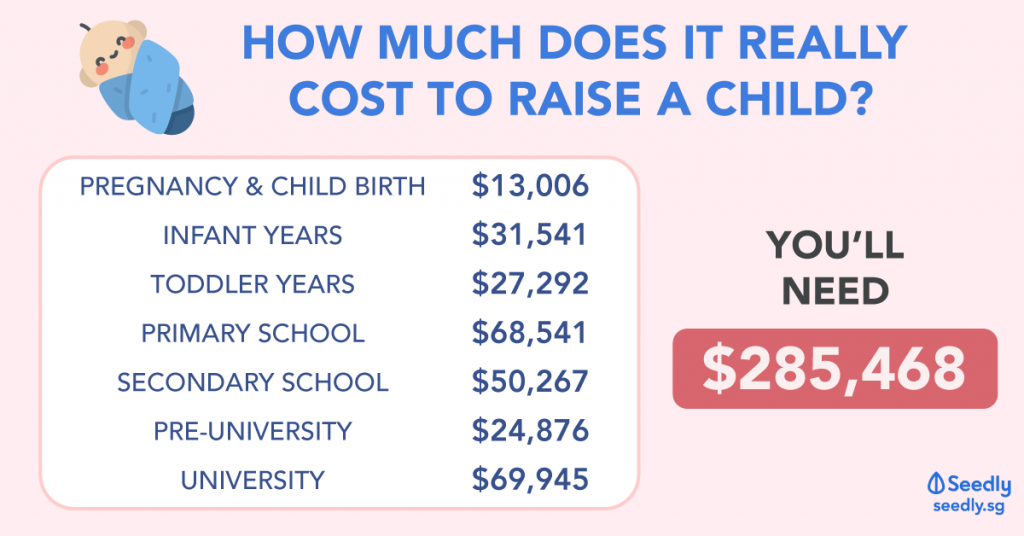 If you want to achieve FIRE, forgoing parenthood is the logical choice.

On the flip side, if we choose to have kids, most Singaporeans can pretty much kiss FIRE goodbye simply due to the financial crater that will set us back years. (And no, please don’t think of your kids as an investment vehicle)

We’ll Have to Give Up Luxury Goods

Balenciaga? Gucci? LV? For many followers of FIRE, you most likely won’t see these luxury items in their wardrobe.

Of course, this isn’t just limited to fashion (which I love myself) but applies to every other aspect of a FIRE lifestyle. Much like minimalists, followers of FIRE are very intentional when it comes to their spending by differentiating their needs from their wants.

And more often than not, luxury goods are not a need and are an unnecessary cost to incur.

We’ll Have to Give Up Certain Experiences

Aside from the social and material sacrifices we have to make, we might also need to consider giving up on travelling abroad or passing up opportunities on careers that are in line with our passions but bring us lower pay.

Amidst the YOLO (You Only Live Once) mentality of today’s generation, I find it hard to pursue FIRE simply because I don’t want to be that dude who passes away at 30 with a million dollars in my bank, without spending on my passions.

To be clear, I’m not putting forth the idea that followers of FIRE aren’t enjoying their lives. On the contrary, followers of FIRE are content with the lifestyles that they lead. What I’m saying is that practising the FIRE lifestyle doesn’t come naturally to most of us and is a stark contrast to the Singaporean dream.

The Question to Ask Ourselves

All said and done, it boils down to one question:

“Are you willing to sacrifice your current life in the pursuit of FIRE?”

If your answer is yes, that’s a respectable commitment to make and I wish you the very best! You may find this guide useful on your journey: 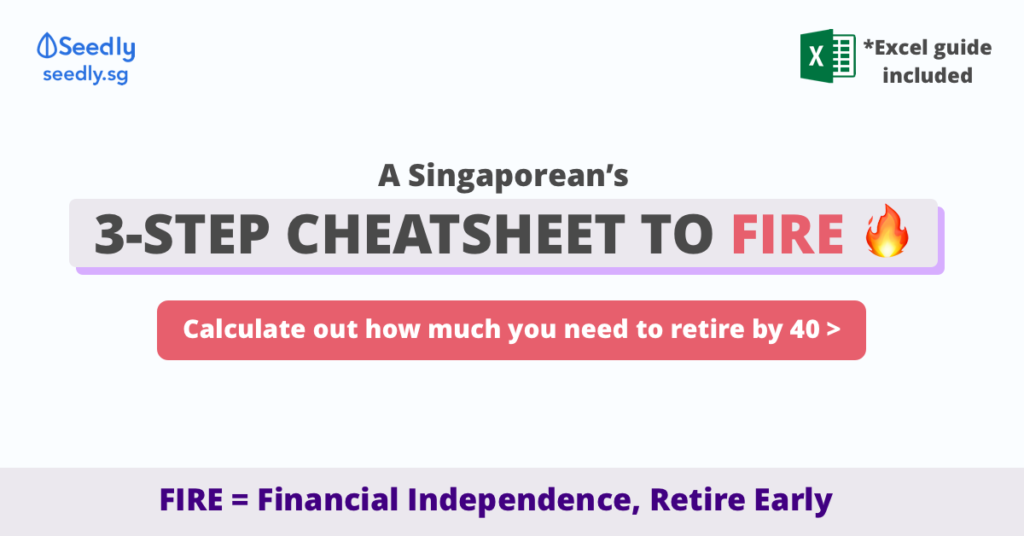 As for the rest of us, know that FIRE isn’t for everyone, and that’s okay.

What’s more important in life is to lead one that is fulfilling.

Money is only an enabler, not a goal.