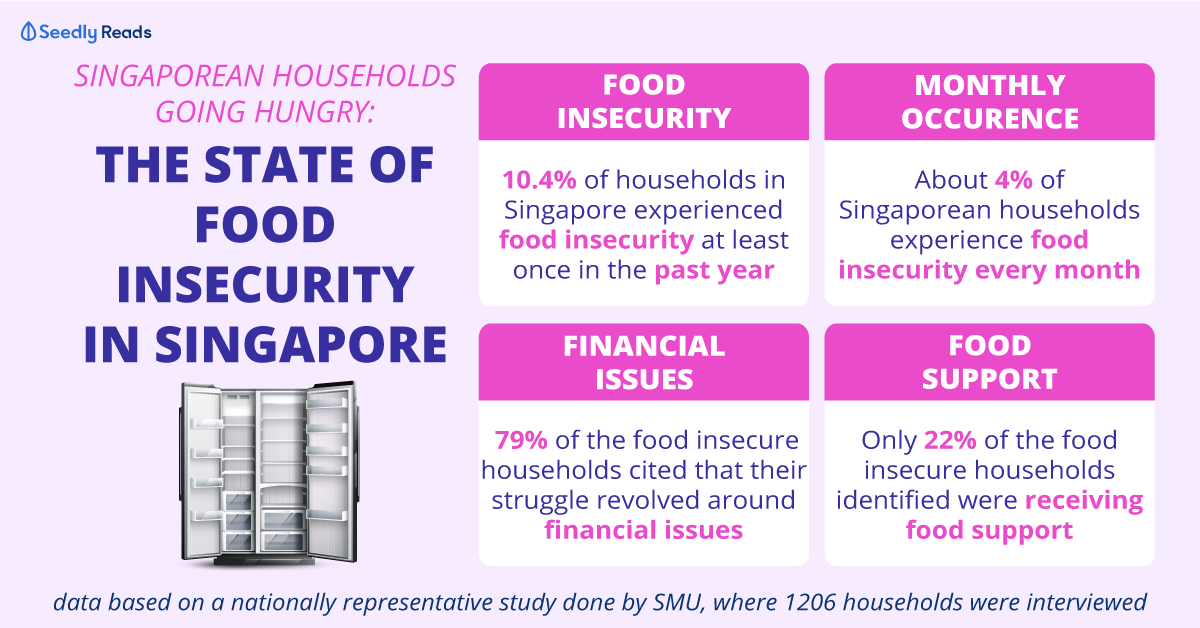 Here’s a mystery for you.

Food waste is a big issue in Singapore.

According to the National Environmental Industry (NEA), food waste is one of the biggest sources of waste in Singapore. Also, the total amount of food waste has risen 20 per cent over the last decade.

That is equivalent to about 2 bowls of rice per person per day, or around 2,060 Airbus A380 planes – the biggest commercial planes in the world.

With so much food being wasted, you might be surprised to know that people are still going hungry in a ‘food lover’s paradise’ like Singapore.

According to The Hunger Report: An In-Depth Look At Food Insecurity In Singapore, a nationally representative study published by the team of researchers at the Lien Centre for Social Innovation at the Singapore Management University (SMU); 10.4 per cent of households in Singapore faced food insecurity at least once in the last year.

Why is this happening when Singapore is the most food-secure national in the world, and so much food waste is being generated? Let’s find out!

Food insecurity in Singapore is a problem and the nationally representative study conducted by SMU and commissioned by The Food Bank Singapore brings more clarity about the issue.

Here are some of the key findings you should know about:

What is Food Insecurity in Singapore?

“a state when a household does not have, or is not confident of having, economic and physical access to sufficient, acceptable food for a healthy life.”

The report added that:

“The absence of hunger is not a sign of food security as limited access to adequate nutritious food for weeks or months at a time could point to a household being food insecure.”

Whereas severe food insecurity is more strongly related to an insufficient quantity of food and thus has a stronger correlation to undernourishment or hunger.

In Singapore, this does not mean that people are actually starving to death.

Instead, the people who are experiencing food insecurity, survive on unhealthy diets which consists of foods like instant noodles, white bread and canned food.

Although the foods can satisfy the stomach, this kind of diet is not balanced with the proper nutrients and is likely to result in health problems in the future.

The impact on households is twofold.

Firstly, food insecurity has a negative physical impact on people, as those who are food-insecure are more likely to be in the high-risk Body Mass Index (BMI) category (too obese or underweight) compared to people who are food secure.

Secondly, food security has a negative impact on people’s mental health as those who are food insecure have reported that they suffer from a whole host of negative emotions.

Now for a more in-depth look at the study.

Researchers from SMU conducted this comprehensive and nationally representative study of food security in Singapore.

To ensure that it was nationally representative, the researchers involved customised random samples bought from the Department of Statistics.

Between July and December 2019, 1,206 households comprising of both Singapore citizens and permanent residents were surveyed.

Each household was represented by a single participant.

Here are some of the key findings.

10.4 per cent of households that participated in the study experienced food insecurity at least once in the past year.

Out of this 10 per cent, 40 per cent of these households, or about four per cent of all Singaporean households who experience food insecurity every month.

The statistics were obtained after the unweighted samples from the initial results were weighted to represent Singapore’s housing distribution in 2019.

Participants surveyed responded that the top two reasons why they did not have enough food, were due to financial or health issues.

There is a strong positive correlation between low income and food insecurity. A good 79 per cent of the food insecure households identified, cited that their food insecurity revolved around financial issues.

Only 22 per cent (45 out of 205) of the food-insecure households surveyed, were currently receiving food support at the time of the interview.

When asked about why the food insecure participants did not seek food support, the three main reasons given were:

Thus, you can see that the issue is more of a distribution problem, as Singapore is the most food-secure national in the world and generates a huge amount of food waste.

What is Being Done

On Wednesday (16 September), the Ministry of Social and Family Development (MSF) said that it will continue to partner the Charity Food Workgroup to tackle food insecurity in Singapore.

MSF also added that they are working on two initiatives to improve the coordination of food support. They are looking to create a working database of beneficiaries as well as hiring “local food support coordinators” at a few housing estates.

In addition, some of the recommendations made by the report are being tackled by the Charity Food Workgroup which was created in 2019 by MSF.

The workgroup consists of multiple organisations from across many sectors that include:

But, more can be done to tackle food insecurity in Singapore.

What Can You Do to Help?

During this COVID-19 period, I would think that food insecurity would be worsened due to the widespread retrenchments and the depressing labour market numbers. 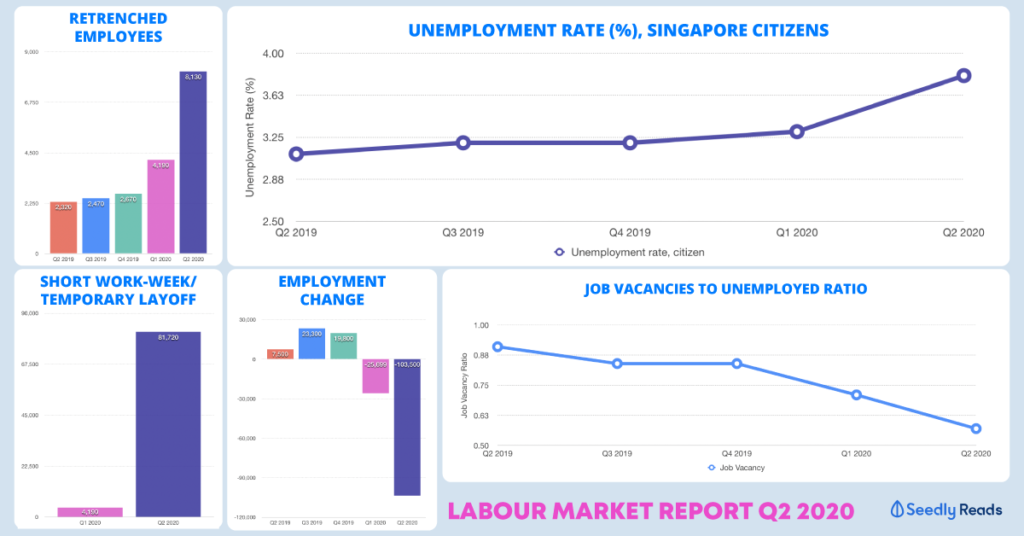 If you know of anyone who needs help, you can refer them to these places where you can get free food in Singapore. Otherwise, you can contribute your resources and your time by donating or volunteering with these organisations that are working to end hunger in Singapore.

Free Food For All

Food From The Heart

Have You Ever Experienced Food Insecurity or Faced a Time When Food Was Not Easy to Come By?