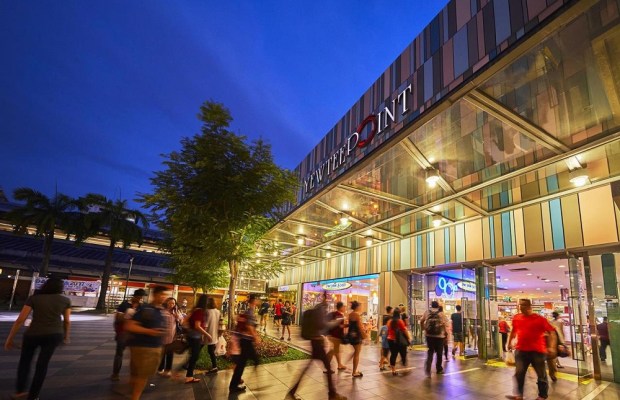 FCT has been on our watchlist for some time now and with good reason too – since its IPO in 2006, the REIT has achieved 12 consecutive years of distribution growth. At the same time, the market is well aware of FCT’s remarkable track record which makes buying opportunities for FCT hard to come by.

However, a surprise announcement by CEO Dr Chew Tuan Chiong at the latest annual meeting may put FCT’s future performance in doubt…

Here are 10 things I learned from the 2019 Frasers Centrepoint Trust AGM:

This was mainly due to higher revenues achieved at Causeway Point and Changi City Point, and improved rents and occupancy at Northpoint City North Wing following the completion of its asset enhancement initiative.

Despite the growth of e-commerce, the CEO believes that FCT’s malls will continue to do well as visiting the suburban mall remains part and parcel of our local lifestyle and provides a place for social bonding. He added that FCT’s bigger malls sit next to transport nodes – Causeway Point, Northpoint City North Wing, Changi City Point, and YewTee Point are all located next to MRT stations – and a well-managed mall in a good location will continue to prosper.

It is the 12th consecutive year that FCT has paid a record distribution to unitholders:

Based on FCT’s unit price of S$2.28 as at 28 January 2019, its distribution yield is 5.2%. The CEO believes that Singapore retail REITs will continue to remain a relative stable sector amid an uncertain global outlook, as evidenced by the premium assigned to retail REITs and their lower yields compared to other types of REITs.

FCT’s gearing ratio has actually come down over the years despite its portfolio growing nearly three times in value since its listing.

4. FCT can look forward to Northpoint City South Wing and Waterway Point as potential acquisitions from its sponsor, Frasers Property,  in the near to medium term future.

The CEO also highlighted Australia as a potential overseas market as the sponsor has a presence there.

5. A unitholder highlighted Bedok Point’s poor performance (NPI fell 30.8% year-on-year) and wondered if the mall would ever turn around.

Chairman Dr Cheong Choong Kong acknowledged that Bedok Point remained a struggle even after a tenant remixing and, while the REIT isn’t actively soliciting a sale, the management would consider a serious offer if it came along.

The CEO said there are bound to be laggards in any portfolio and Bedok Point comprises only 1-2% of FCT’s portfolio. There were high hopes for Bedok Point and it was a good mall when it started, but the environment around the area changed when more malls sprang up to compete.

He added that smaller assets like Bedok Point would maintain a certain base value due to its size and relatively good location as it would appeal to smaller, private investors who are interested to try their hand at retail.

6. Another unitholder wanted to know the reasons behind Changi City Point’s better recent performances and whether the opening of Jewel Changi Airport would affect the mall.

The CEO said that tenant remixing and a focus on outlet stores at Changi City Point has proved successful thus far. Outlet malls take up around 30% of the mall’s retail space and the management intends to grow this segment further.

The CEO shared that another factor for Changi City Point’s success is the ability to ride out the tough times. The mall faced disruption for years when the Downtown MRT line was being built but is now enjoying the human traffic the new train line is bringing. The Downtown line was a significant development for the mall as it connects directly to the city centre, unlike the original line which is an offshoot of the East-West line.

The CEO added that Changi City Point didn’t lose any tenants when Jewel Changi Airport filled 90% of its retail space, and is confident the mall will maintain its long-term position once the novelty of Jewel’s opening wears out.

7. The same unitholder noted that F&R (food & restaurants) comprised 41.6% of Changi City Point’s retail space — whereas most Singapore malls usually had 30-35% set aside for F&R — and wanted to know if that played a part in the mall’s performance.

The CEO explained that a mall’s tenant mix is based on the local clientele around the area. In the case of Changi City Point, it is served by the business park and expo crowds who look for lunch spots and bars after work.

At the same time, the mall cannot do without other trade sectors like clothing and fashion because they can sell unlimited volumes, unlike F&R which is limited by how many times you can eat in a day.

8. A unitholder highlighted that YewTee Point, despite being a relatively small mall located in the suburbs, was charging near Orchard Road rents and wanted to know why the mall was so successful.

The CEO agreed that bigger malls tend to do better as they can provide a complete retail mix for shoppers. However, YewTee Point is unique because it benefits from placemaking and a certain je n’ais se quoi (an inexplicable quality that’s attractive) about the local area. The outdoor town square beside Yew Tee MRT station is surrounded by two malls — one of them being YewTee Point — and the right mix of shops and restaurants.

The town square spontaneously became a place where people like to visit, and buskers with their guitars can be seen performing there in the evening. The CEO said that part of successful placemaking is manufactured, but the rest is down to chance.

9. A unitholder noticed that FCT’s average debt to maturity (2.2 years) and percentage of borrowings hedged at fixed interest rates (64%) were significantly lower than most Singapore REITs.

He questioned why the management adopted such an aggressive policy as interest rates were expected to continue rising. The CEO explained that the reason why companies hedge is to protect against a scenario where interest rates rise too high, too quickly and cause a company to default on its debt. The cost of hedging is that you pay a higher interest rate upfront, but gain protection against uncertainty.

However, for the same reason why a billionaire like Bill Gates doesn’t need to buy health insurance, a company doesn’t need to hedge most of its debt if it can comfortably withstand a drastic spike in interest rates. Hedging is expensive right now as the banks already anticipate interest rates to rise and will charge the expected rise in rates upfront plus a premium.

Since FCT’s position is relatively safe due to its low gearing, it makes sense to save on the high cost of hedging and enjoy the lower interest rates for the time being. At the same time, the management monitors interest rates daily and will place a hedge if a favourable rate appears.

10. At the end of his presentation, Dr Chew announced that he would be retiring this year at the age of 62 after 10 years as CEO of Frasers Centrepoint Trust.

The chairman said the announcement was a bombshell and that he will miss him. He added: ‘62 is too young an age to think about retirement, but he doesn’t believe me!’ He sincerely thanked Dr Chew for his contribution as his tenure oversaw a decade of record growth for FCT.

I personally think there will always be some uncertainty whether an organisation can continue to perform as well as it did whenever a long-staying and successful CEO leaves their post. In any case, Dr Chew’s successor will have some pretty big shoes to fill.