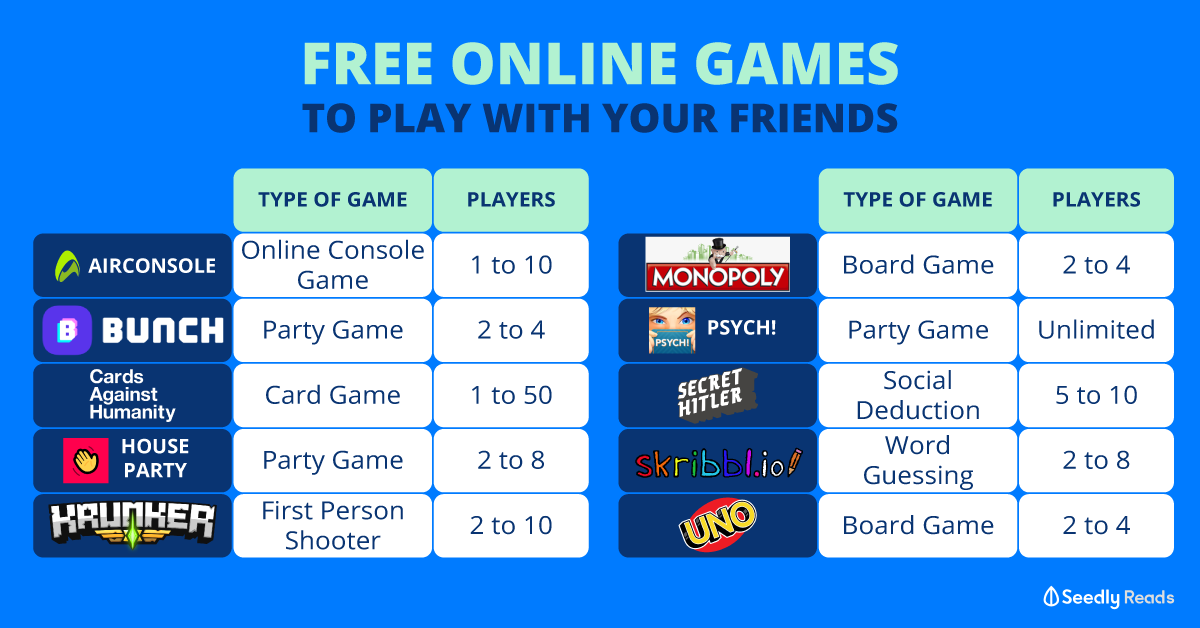 And since it’s the Circuit Breaker period, it sucks extra because it’s not like we can go anywhere anyways.

Oh, and don’t forget to use these food delivery promo codes or these hawker food deliveries and promos to order in so everyone can have lunch or dinner together as well too!

Here are some of the best online games you can play with your friends. Best of all, they’re free!

I managed to find three options.

Just head to playingcards.io, scroll down and search for Remote Insensitivity (yep, they’ve named it something else to get around copyright issues).

Click ‘Start Game’, share the link with your friends so they can join, and select ‘Enter Game’.

The gameplay mimics an actual Cards Against Humanity game as you have to deal, move cards, and discard cards yourself.

There aren’t any expansions and but it’s a pretty good, free, online alternative.

Besides hanging out virtually via Houseparty, I’m pretty sure you already know that you can also play a variety of party games too.

The great thing about Houseparty is that it’s available on iOS, Android, Mac, PC, and as a Google Chrome extension.

Meaning everyone can join, whether they’re on their smartphones or their laptops.

Here are some of the games on the app right now:

You and your friends need to download the Houseparty app from App Store or Google Play.

Monopoly The World Edition (2 to 4 Players)

This board game probably needs no introduction.

You make as much money as you can, monopolise as many properties as possible, and drive your friends into bankruptcy.

(And possibly lose your friend along the way…)

Although in Monopoly The World Edition, instead of buying properties like St. James Place and Vermont Avenue.

You’ll be buying cities from around the world like Athens and Barcelona.

To get started you’ll need to create a free account on Pogo.

Select the ‘Chat Rooms’ tab and select the Game Mode which you want to play:

Once you’re in, you’ll get a pop-up that will allow you to customise the game and make the table private.

Select the option and enter a password of your choice.

Get your friends to enter the same chatroom and table, and simply provide them with the password to get started!