Central Provident Fund (CPF) Scored a B for Global Pension Index: Why Did We Not Score an A? 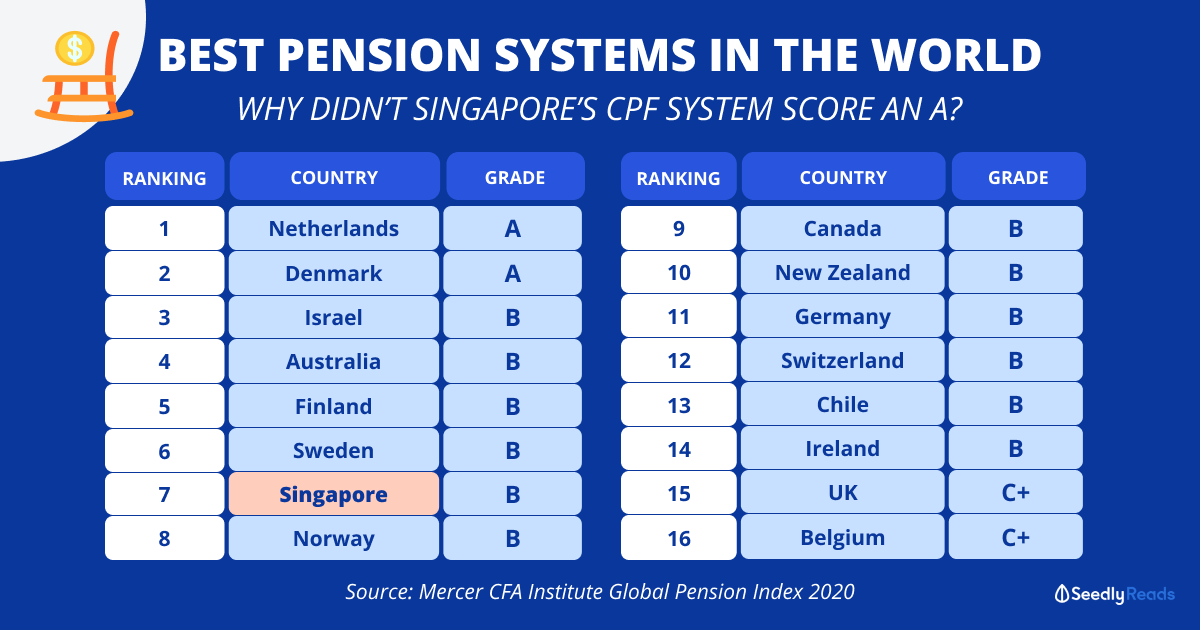 Central Provident Fund (CPF) Scored a B for Global Pension Index: Why Did We Not Score an A?

According to the Melbourne Mercer Global Pension Index 2020, the Central Provident Fund (CPF) is given a grade B, similar to 2019.

This indicates that it is a sound structure with many good features.

However, there are also some areas for improvement that differentiate it from an A-grade system.

The Netherlands and Denmark’s pension system topped the class once again with an A grade, indicating that they have a first-class and robust retirement income system.

According to the Asian grading scale, scoring a B is bad!

Very much like how we constantly strive for an A grade in school, we take a look at what caused CPF to lose points against the rest of the pension systems.

But before, we get to that, we look at how is the Melbourne Mercer Global Pension Index determined.

Like any other exam, you need to know the syllabus (and do lots of ten-year series), before you can do well in the examination.

How is The Melbourne Mercer Global Pension Index Determined?

To do well in an exam, we first need to know how we are being graded.

We take a look at how the factors that will affect the grading of pension funds.

What Does the Grading Mean?

For every score, a country’s pension system will be given a grade.

With the criteria stated above, Singapore’s pension system received a total score of 71.2.

Of which, we scored

Why Did We Not Score an A?

For Singapore’s retirement income system to achieve a better score, here are what the experts believe we should be doing.

Of the three suggestions, increasing the age to withdraw CPF is definitely something that will be unpopular amongst Singaporeans. There is a percentage of Singaporeans who continues to tap on the interest rate of CPF even when they turn 55.

The A Grade Pension Systems

Curious about what contributes to Netherlands and Denmark having a first-class pension system, we take a look at to see if there is anything we can possibly learn from them!

Denmark’s Pension system is as complicated too.

It is probably the nature of all pension systems worldwide. There are simply too many grounds to cover with one system.

There are various pension schemes in Demark, namely

Will There Ever Be a Perfect Pension System?

Despite all the findings, it is important that we acknowledge that there is no one size fits all solution for every country’s pension system. Each country has its own system, economic, social and cultural circumstances to take into account.

On top of that, there are just simply too many permutations to have a blanket solution to everyone’s retirement plan.

What Can We Do?

In Singapore, we once compiled a minimum amount required for Singaporeans upon retiring, to meet their basic needs.

Also, despite Singaporeans living longer, we will only have our good health until an average of 73 years old, which indicates additional healthcare cost after that.

The mindset around retirement is that, while the CPF system is ranked seventh in the world, it will be really risky for us to rely on it solely for retirement.

In fact, if we take a look at the payout for CPF Life, it probably accounts for only a percentage of your last drawn salary at that stage. 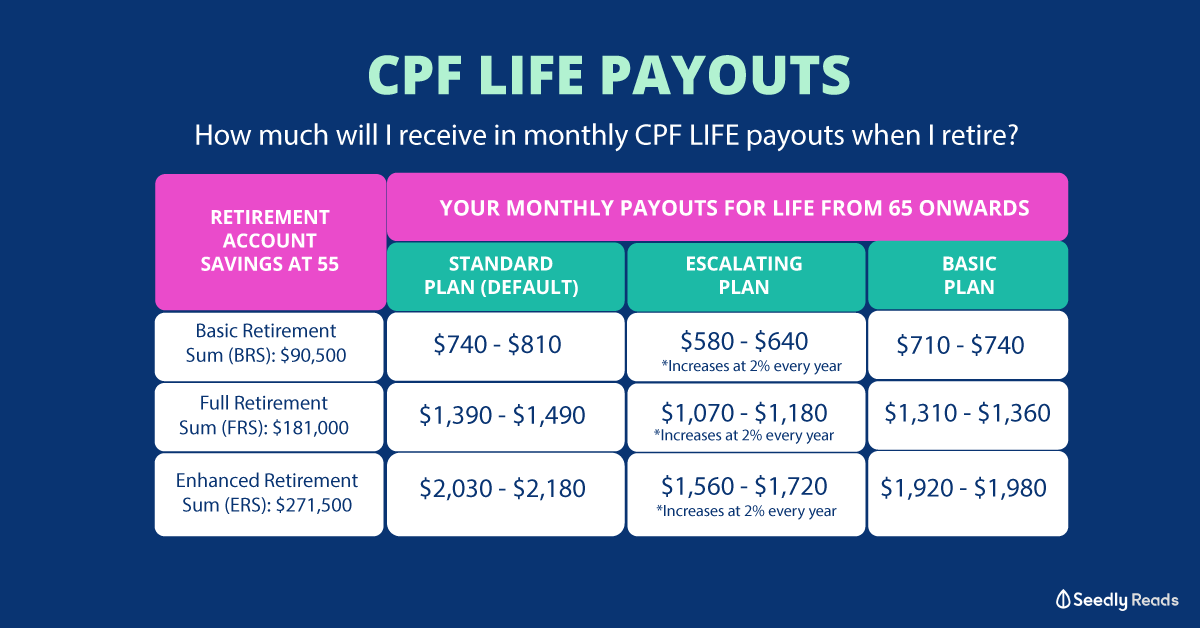 Some of the suggestions that were brought up include:

These changes may be necessary from a holistic point of view for every pension system, but it may be undesirable for an individual.

One possible way Singapore can do better is that if employers and government can work together to push out a more coordinated policy or message in saving up for retirement early.

Ultimately, it all boils down to each and every Singaporean. It is extremely important that we plan ahead for our retirement, on top of our reliant on our pension system.

The best time to do this is now!