Itching to Do Something to Your Portfolio? You Might Be Better off Doing Nothing 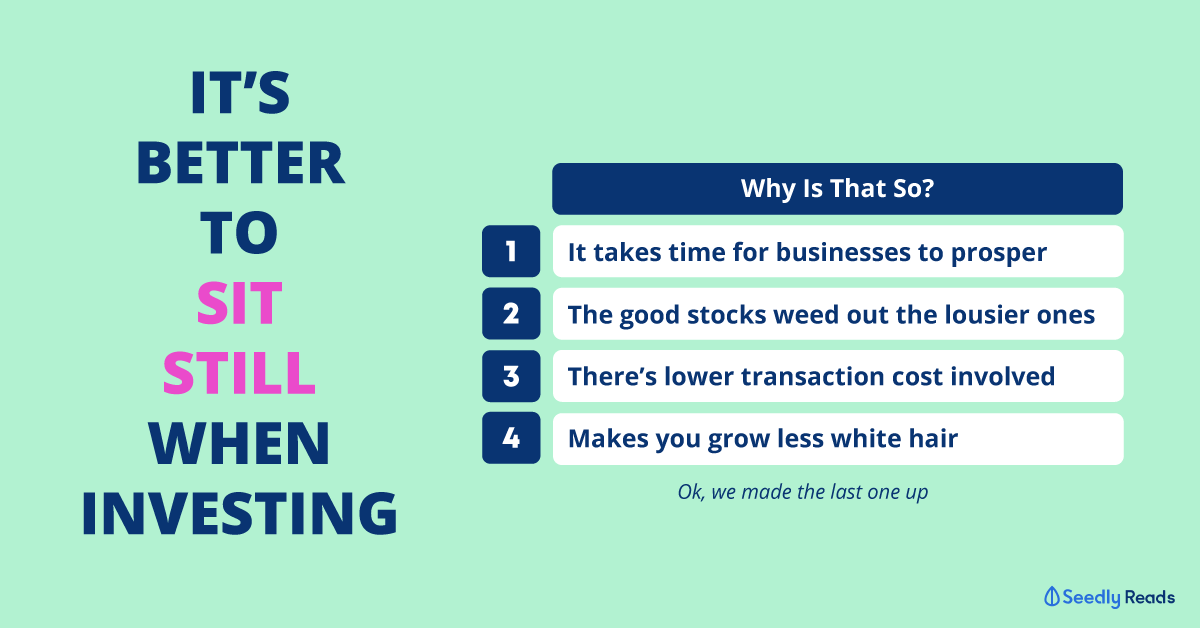 Itching to Do Something to Your Portfolio? You Might Be Better off Doing Nothing

David Gardner is the co-founder of The Motley Fool, and he’s one of the best stock market investors I know.

There’s a fascinating short story involving David that can be found in a 2016 Fool.com article written by Morgan Housel titled Two Short Stories to Put Successful Investing Into Context.

In the article, Morgan shared a conversation he had with David.

The Story of Games

Once, Morgan spotted David playing video games at the Fool’s office and asked him in jest: “If you had to give up board games, video games, or stocks, which would you quit?” (For context, David is a huge fan of board games.)

David’s response surprised Morgan: He would choose to quit stocks rather than board games or video games.

“Games are hands-on by design. They are meant to be played, not left alone.

But a good portfolio can prosper for decades with minimal intervention. A basket of stocks is not a board game with turns and rounds. It’s something that should be mostly hands-off. After a proper allocation is set up, one of the biggest strengths of individual investors is what they don’t do. They don’t trade. They don’t fiddle. They don’t require daily monitoring. They let businesses earn profit and accrue to shareholders in uneven ways.

David’s point was that he could be happy never touching his investments again, because he currently owns a big, diverse set of companies whose long-term future he’s bullish on.”

David’s response echoes one of my favourite investing articles, The Coffee Can Portfolio, written by investment manager Robert G. Kirby in the 1980s.

The Story of the Coffee Can

In The Coffee Can Portfolio, Kirby shared a personal experience he had with a female client of his in the 1950s.

He had been working with this client for 10 years – during which he managed her investment portfolio, jumping in and out of stocks and lightening positions frequently – when her husband passed away suddenly.

The client wanted Kirby to handle the stocks she had inherited from her deceased husband.

Here’s what happened next, according to Kirby:

“When we received the list of assets, I was amused to find that he had secretly been piggy-backing our recommendations for his wife’s portfolio. Then, when I looked at the total value of the estate, I was also shocked. The husband had applied a small twist of his own to our advice: He paid no attention whatsoever to the sale recommendations. He simply put about $5,000 in every purchase recommendation. Then he would toss the certificate in his safe-deposit box and forget it.

Needless to say, he had an odd-looking portfolio. He owned a number of small holdings with values of less than $2,000. He had several large holdings with values in excess of $100,000. There was one jumbo holding worth over $800,000 that exceeded the total value of his wife’s portfolio and came from a small commitment in a company called Haloid; this later turned out to be a zillion shares of Xerox.”

The revelation that buying and then patiently holding shares of great companies for the long-term had generated vastly superior returns as compared to more active buying-and-selling helped Kirby to form the basis for his Coffee Can Portfolio idea.

“The Coffee Can portfolio concept harkens back to the Old West, when people put their valuable possessions in a coffee can and kept it under the mattress. That coffee can involved no transaction costs, administrative costs, or any other costs. The success of the program depended entirely on the wisdom and foresight used to select the objects to be placed in the coffee can to begin with.”

Doing nothing is one of the most important actions we can take as stock market investors, and it has served me immensely well.

It is also one of the hardest things to do.

But I hope those of you reading this article can achieve this.

Don’t just do something – sit there!