How Does Tesla REALLY Make Its Profit? 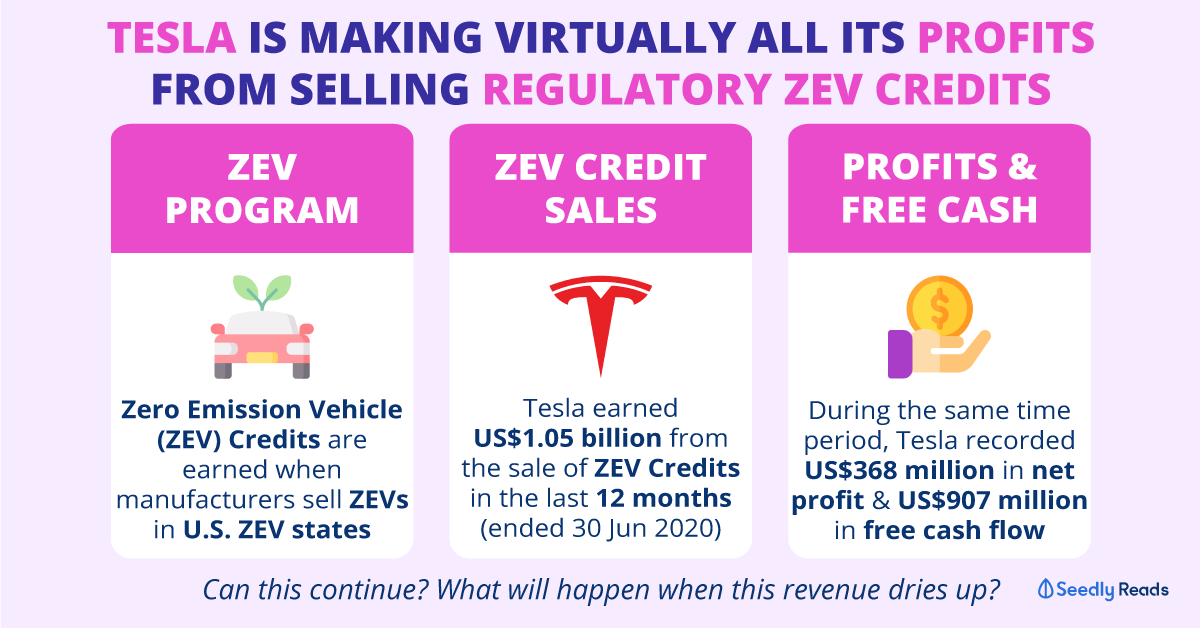 How Does Tesla REALLY Make Its Profit?

In the past twelve months, Tesla made US$1 billion from selling regulatory Zero Emission Vehicle (ZEV) credits.

Can it continue and what will happen when this source of revenue dries up?

Tesla recorded another profitable quarter in the second quarter of 2020, marking a fourth consecutive quarter of generally accepted accounting principles (GAAP) profit for the company.

It was a welcome change for the previously cash burning and unprofitable electric vehicle pioneer.

But eagle-eyed investors will have noticed that virtually all of Tesla’s profit and free cash flow generated over the last 12 months was due to the sale of ZEV credits.

The company booked US$1.05 billion from the sale of regulatory ZEV credits in the 12 months ended 30 June 2020.

During the same time period, Tesla recorded US$368 million and US$907 million in net profit and free cash flow, respectively.

What Are Regulatory ZEV Credits?

To incentivise automobile manufactures to sell ZEVs, some states in the US have adopted a regulatory credits program, termed the ZEV Program.

The ZEV Program is a state law, which currently applies to 12 states in the US.

This law mandates that a certain percentage of each automobile manufacturer’s annual sales must be made up of zero-emission vehicles, measured by what is termed ZEV credits.

ZEV credits can be earned by selling ZEVs such as battery and hydrogen fuel cell electric vehicles or Transitional Zero-Emission Vehicles (TZEV) which include hybrid vehicles.

How Tesla Makes Money From the ZEV Program

In order to avoid penalties, manufacturers that sell in states which impose the ZEV program need to earn a certain number of ZEV credits.

There are two ways to achieve this.

Either they sell sufficient ZEVs and TZEVs to chalk up enough credits, or they can buy ZEV credits from manufacturers who have built up excess ZEV credits to sell.

This regulation works beautifully for Tesla. As every vehicle sold by Tesla is a long-range electric vehicle, it generates a lot more ZEV credits than it requires.

As such, it can sell excess credits to other automobile companies who need them, earning Tesla extra income at virtually no additional expense.

But, how long can this last?

The ZEV program originated in California in 1990 and has since extended to a total of 12 states in the US. There are a few things to consider here.

First, is the speed of regulatory changes. Tesla can benefit if more states start to impose the ZEV program.

Similarly, Tesla benefits if states that are already imposing the ZEV program increase the credit requirements.

For example in California, ZEV targets are expected to rise from 3% of sales to around 8% by 2025.

Another near-term tailwind is that some credits that were bought in the past are due to expire.

A recent report by the US Environmental Protection Agency (EPA) found that some large automakers buy credits in advance to satisfy future requirements.

Some of the “banked” credits are set to expire at the end of 2021 if not used. This might result in a rush for ZEV credits in the next few years.

However, selling ZEV credits will likely not be a long-term revenue driver for Tesla.

As their sales mix shifts, they will eventually be able to comply with the ZEV program without having to buy additional ZEV credits.

Tesla Can Live Without This Extra Income

Tesla is still in the early innings of its grand plan for fully-autonomous vehicles. It also has the ability to keep raising more capital through the sale of its high-flying stock.

Shareholders will also note that Elon Musk said that its autonomous software could be valued as much as US$100,000 per vehicle.

With a growing base of Tesla vehicles, which are fitted with autonomous vehicle hardware, the company has a ready base of customers to up-sell a much higher margin software product.

In the meantime, the sale of ZEV credits can continue to be a source of cash for the next few years as the company bridges for the next phase of its business.

Hopefully for shareholders, by the time the sale of ZEV credits dry up, Tesla’s other businesses will exhibit greater profitability and higher margins to keep the company’s profits and cash flow streaming in.

If you have any questions about this stock and other stocks in general, why not head over to the SeedlyCommunity to discuss Tesla with like-minded individuals? 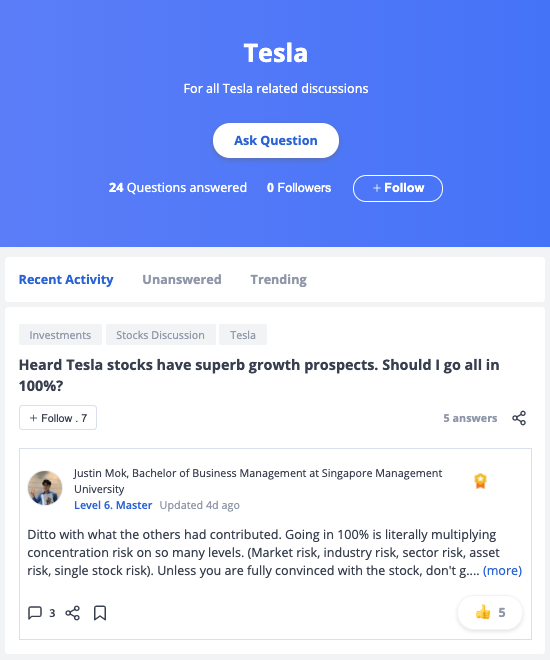