After having postponed its Special Purpose Acquisition Company (SPAC) deal on 10 June 2021, Singapore-based ride-hailing giant, Grab, is finally getting listed.

Grab will be listing on Nasdaq on Thursday morning, 2 December from Singapore time 10pm to 10.30pm.

With Grab being Southeast Asia’s most valuable startup, its merger with SPAC Altimeter Growth Corp. (Nasdaq: AGC) will be listed on Nasdaq at a valuation of US$40 Billion ( S$54.5 Billion). This listing will by far, be the world’s largest SPAC deal.

What Will Grab Receive From The Deal?

Grab will receive US$4.5 Billion (S$6.14 Billion) from the deal, of which US$4 billion will be private investment from the public.

According to a report from Reuters on Wednesday, Grab announced that its plans to go public via a merger deal with SPAC company Altimeter Growth Corp. (Nasdaq: AGC) will be postponed.

The ride-hailing company added that it expects the merger to be completed in Q4 2021 or somewhere between October and December of this year. Previously, Grab mentioned that it aimed to complete the merger in July 2021.

The company added that the SPAC deal was postponed as it needed more time to complete its financial audit for fiscal years (FY) 2018, 2019 and 2020 in keeping with the U.S. Securities and Exchange Commission (SEC) requirements.

As such, Grab’s stated that its ‘financial information for those periods remains subject to further review and revision.’

If successful, this SPAC deal is likely to become the biggest ever U.S. equity offering by a South-East Asian company, with the proposed transactions giving Grab an expected equity value on a Pro-forma basis of about US$39.6 billion (S$53.2 billion).

FYI: According to Investopedia, PIPE is when an institutional or an accredited investor buys stock directly from a public company below market price. The discounted price of PIPE shares means less capital for the company, and their issuance effectively dilutes the current stockholders’ stake.

Other investors in the PIPE include funds and accounts managed or advised by:

In addition, Grab announced that Altimeter will commit to a three-year lock-up period for its sponsor promote shares, of which 10 per cent will go to the recently announced GrabForGood Fund to support programs with long-term social and environmental impact

Grab expects that its shares will be traded on NASDAQ under the symbol GRAB in the coming months.

Why is Grab Considering Going Public With a SPAC Deal?

It’s all about control, reduced regulation and speed.

As covered in our article on SPACs:

A SPAC is a “blank check” shell company that is designed to take private companies public without going through the traditional IPO process.

The main advantage of a SPAC transaction is that a private company can become a listed company with more certainty and control over its pricing and deal terms as compared to the traditional IPO route.

There will also be less regulation as by design SPACs do not identify a specific acquisition target which will help the SPAC skip the protracted listing, auditing and disclosure process.

By going public via the SPAC route, experts estimate that companies could enter the market earlier by as much as four months.

In the world of start-ups becoming a ‘unicorn’ is what many entrepreneurs around the world aspire to.

The term unicorn (coined by venture capitalist Aileen Lee), is used to describe startups with a valuation exceeding US$1 billion.

But what about companies that exceed this valuation?

You have Grab, Southeast Asia’s first ‘decacorn’ (startup with a valuation of more than US$10 billion) which is valued at US$14.3 billion by CB Insights.

The company is a mobile technology company with transportation, food delivery and payment arms that operate in Singapore, Cambodia, Indonesia, Malaysia, Myanmar, Philippines, Thailand and Vietnam.

But, the company is still private, with little news about any initial public offering (IPO), save for the news that it had to pay US$2 billion to Uber Technologies if it did not go public by March 2023.

Here is all we know about the IPO so far.

We will be covering the basics such as details about the potential IPO such as: why Grab is not listing in Singapore; Grab’s investors so far; its business and financials; as well as explore the question of whether you can invest in Grab pre-IPO.

As such, do bookmark the article for reference as we’ll be updating it if we have any other news of the IPO.

Why is Grab Considering a US Listing Instead of a Singapore Listing?

If Grab goes public in the U.S., the company will be following in the footsteps of home-grown tech companies like SEA (NYSE:SE) and Razer Inc (HKG: 1337) who have chosen to list their shares outside of Singapore.

These companies have also chosen not to have a secondary listing on the Singapore Exchange (SGX).

There are a few reasons possible reasons for this:

Firstly, companies like Weiye Holdings, Hengxin Technology and more recently Alibaba Pictures Group have cited issues such as a ‘significantly lower trading volume’ of stocks in Singapore in comparison to its main listing on the stock exchange of Hong Kong (SEHK).

To the issuing companies, it seems like having a secondary listing in Singapore is not worth the hassle for the amount of liquidity provided.

Secondly, listing in overseas stock markets like the ones in Hong Kong and the U.S. are more generally more attractive, as there is more liquidity, capital and higher valuations than SGX.

Last but not least, the rise of online brokerages that grant retail investors easy access to overseas markets have turned the heads of Singapore investors away from stocks listed on the SGX.

If there is a lack of interest in stocks listed on the SGX, companies may not find it as compelling to list in Singapore.

Also, state-owned Temasek Holdings has a stake in Grab via its venture arm Vertex Ventures. 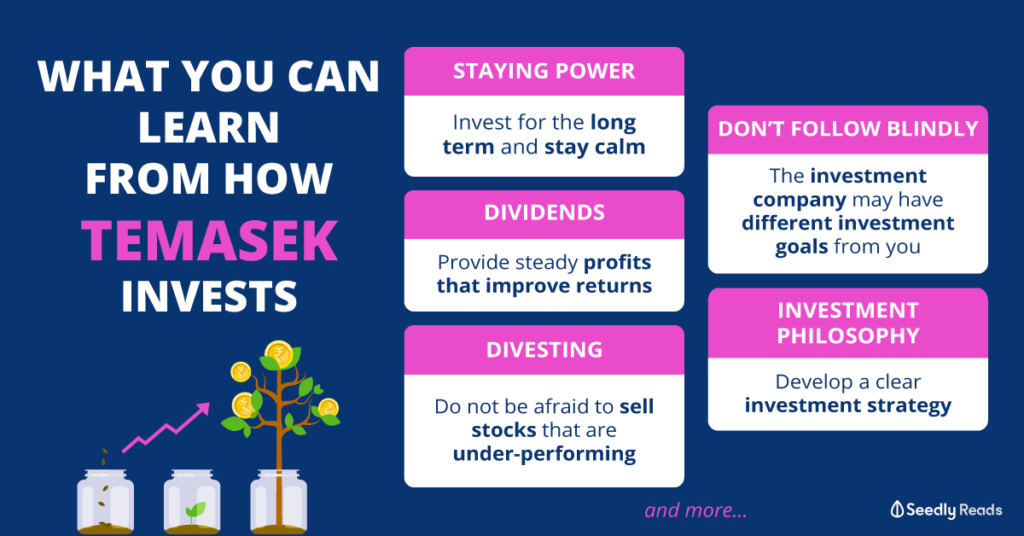 More recently, it was reported on 14 Jan 2021 that Grab has secured more than US$300 million (S$398 million) in funding from a group of investors spearheaded by South Korea’s Hanwha Asset Management to expand its growing financial services arm.

In total, it is estimated that the company has raised more than US$10.1 billion so far.

The company was started way back in June 2012 in Malaysia by Anthony Tan and Tan Hooi Ling.

The co-founders launched the MyTeksi app in Malaysia with funding from Harvard Business School and Anthony Tan’s own money.

In 2013, MyTeksi was rebranded as GrabTaxi. In the following year, the company moved its headquarters from Malaysia to Singapore.

Subsequently, in 2016, the company rebranded itself as Grab, which brought all its services under one all-encompassing brand.

From its humble beginnings as a ride-hailing company, the company has expanded rapidly, launching food delivery services, and financial services under Grab Financial Group.

The company also extended its dominance in the ride-hailing space by acquiring Uber’s Southeast Asian operations on 26 Mar 2018.

This represents an exciting area of growth as one of the key criteria laid out by the Monetary Authority of Singapore (MAS) is that banks need to make ‘innovative use of technology to serve customer needs and reach under-served segments of the Singapore market.’

When it comes to profitability, Grab is currently at a net loss of US$988 million for the three months ending September. This is an increase in net loss when compared to the US$621 million loss in the same period last year.

For investors looking to invest in Grab, the performance of Grab will be one of the factors affecting investors’ decisions.

Also, Moody Investor Services assigned a B3 corporate family rating (CFR) to Grab Holdings in January of this year.

The agency added that it does not foresee that Grab will be profitable before 2023 as it expects that the company’s earnings before interest, taxes, depreciation, and amortisation (Ebitda) will not break even on a consolidated basis until then.

The agency added that Grab’s ambitious growth plans for its financial services arm will’ ‘temper profitability’ for the upcoming two to three years.

However, the agency did reveal that Grab has about US$3.2 billion worth of unrestricted cash and cash equivalents as of 30 Sep 2020; stating that this ‘will be sufficient to cover negative operating cash flow, capital spending at its transport and food delivery businesses and scheduled debt maturities over at least the next two-three years”.

Can You Invest in Grab Now?

You could buy Altimeter Growth Corp’s shares to indirectly invest in Grab as AGC shares will become Grab shares when the SPAC deal goes through.

But, do note that the news of this SPAC deal is already being priced in.

Should You Invest in Grab?

You can but should you invest in Grab?

You might want to check out our analysis of Grab first.

Disclaimer: The information provided by Seedly serves as an educational piece and is not intended to be personalised investment advice. ​Readers should always do their own due diligence and consider their financial goals before investing.