I was just chatting with my friends over the weekend and as what any typical late 20-somethings would do, we were talking about big #adulting topics like career and housing.

One of them remarked how difficult it was to get a BTO flat in Singapore, having failed 3 times in a row.

“By the time I finally get my house and move in ah, already in my 40s liao!”

It is no secret how bidding for a new BTO flat can feel like a game of lottery.

And it’s almost like you’d empty all your good karma if you managed to get a good queue number for a popular BTO location.

We know that getting a BTO flat is difficult.

But have you ever wondered what’s the probability of getting a flat?

I came across this table done up by a redditor (@justastatistic) which provided a quick overview of the chances of getting a queue number for the last 10 BTO exercises.

That got me curious since I haven’t really seen such numbers tabulated before.

As such, I’ve decided to share this individual’s good work since many of us would be interested to know as well.

TL;DR: Probability of Getting an HDB BTO Flat Queue Number

Here are the chances of getting a queue number based on the statistics provided by HDB for the last 10 BTO exercises, excluding the May 2021 launch.

In this article, we will be looking at numbers based on 4-room BTO flats.

For the sake of simplicity, we are disregarding any additional ballot chances for repeat unsuccessful applications.

We are also assuming that all applicants have equal ballot chances, without additional benefits from priority schemes such as the first-time applicant scheme or the parenthood priority scheme.

The ballot chance is also averaged by using the total sum of units and applicants, which means that we are not taking into consideration any specific BTO project.

From the table above, we can see that there’s a 98.46% chance you’ll get your queue number if you’ve been unsuccessful for the past nine rounds.

This means that if you’ve gotten to that stage, there’s only 1.6% chance of failing to secure a unit.

You’d have spent $100 solely on application fees though…

And not every one of us would’ve had the stamina to stick to the BTO route till our tenth application.

Some might have hopped onto the resale train by then. 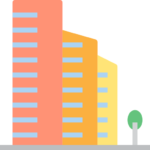 We’ve just seen the success rates for a BTO flat in a non-mature estate.

Since mature estates are the usual hot spots for each BTO exercise, I decided to do similar calculations for the probability of getting a queue number for a mature estate as well.

As expected, the probability of getting an HDB BTO flat in a mature estate is lower given how popular these locations usually are.

If you’re someone who has been bidding for a flat in these zones for the past ten tries, there’s still a 16.3% chance that you wouldn’t get a queue number. As long as the Ethnic Integration Policy (EIP) racial quota has not been met.

You have a chance of securing a flat.

How To Increase Your Ballot Chances 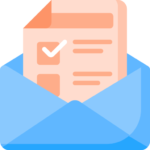 Lucky for us, not all ballot chances are made equal.

We do have existing priority schemes that can increase our chances of getting a queue number.

Here are some that you can use to your advantage:

Also, if you have unsuccessful application attempts in non-mature estates, your total ballot chances will increase accordingly.