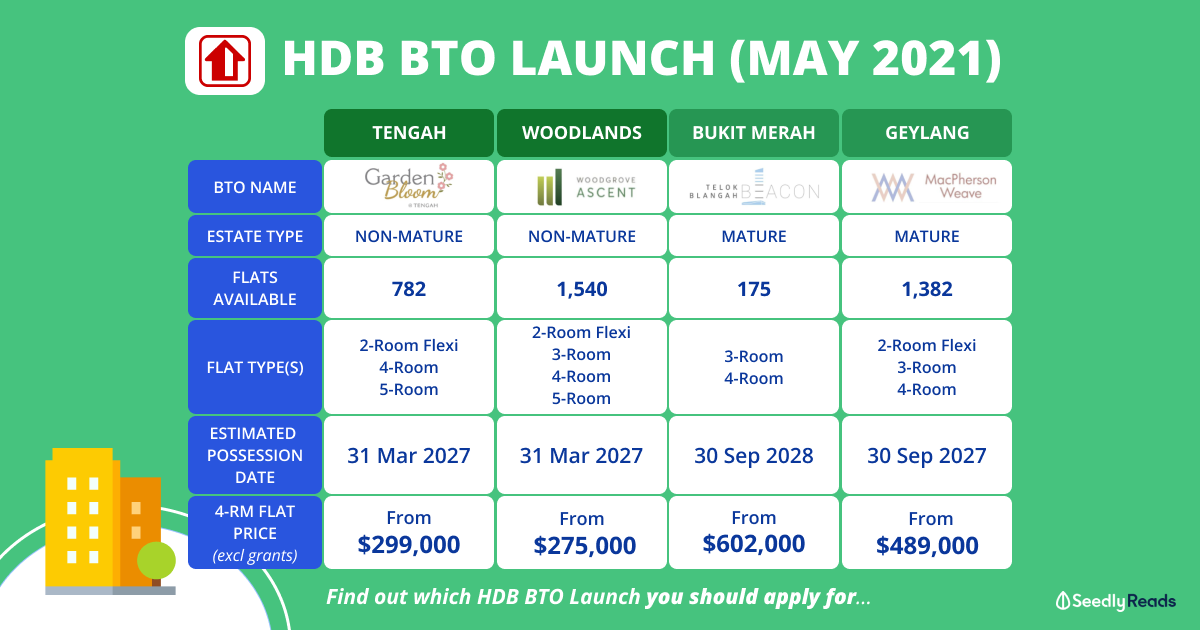 There’s just so much competition in Singapore.

From school grades when we were in school, to full-time jobs after we graduate.

We are always competing over something at every stage of our lives.

Even for our first home.

In a land-scarce country like Singapore, anyone eager to be a homeowner would be camping at the HDB website every launch, anticipating for good locations to be released.

For the BTO launch in May 2021, HDB will offer about 3,870 BTO flats under four projects, at locations including Bukit Merah, Geylang, Tengah and Woodlands.

Let’s take a look at them!

Note: You can apply online by 31 May 2021 (Monday), 11:59pm. Successful applicants will be determined by a computer ballot, and it’s NOT on a first-come, first-served basis!

For the May BTO launch, there are two locations for non-mature estates.

Which includes Tengah, a location in West we have been seeing for the past few launches.

Another would be Woodlands located in the North of Singapore.

Tengah will be releasing another plot for this launch.

This new town will have 782 units of 2-Room Flexi, 4-Room, and 5-Room flats available for booking.

This plot will be close to the upcoming Hong Kah MRT station, bringing it closer to the Jurong Lake District.

How Much Will the Garden Bloom @ Tengah HDB BTO Flats Cost?

We can see that the prices have been hovering in similar ranges for the past few launches.

So… what’s the starting price for a 4-Room HDB BTO in Garden Bloom?

The nearest mall would be West Mall, which is located at Bukit Batok.

Which is quite a distance away from the Tengah town.

It’ll probably take a while before these developments are ready within this new town itself.

By then, there would probably be a lot more amenities and facilities for future Tengah town residents.

Woodlands seems like an up and coming district as well, with the addition of the Thomson-East Coast Line and the announcement of Woodlands Regional Centre becoming a key commercial hub in the North of Singapore.

How Much Will the Woodlands HDB BTO Flats Cost?

The most recent Woodlands BTO launch was in August 2020.

The starting price for a 4-Room HDB flat in Champions Bliss and UrbanVille @ Woodlands was $276,000.

However, as compared to UrbanVille @ Woodlands, the May 2021 Woodlands launch is considerably further from the MRT station, being sandwiched between Woodlands MRT station, Marsling MRT station and the new Woodlands South station.

However, prices are pretty constant given that the price of a 4-Room BTO flat in Woodgrove Ascent will start from $275,000.

Prefer a flat in a mature estate because of its facilities amenities?

There will be two locations to choose from this round, which includes the South (Bukit Merah) and Central (Geylang) of Singapore.

This will be a relatively small project, with just 175 units of 3-Room and 4-Room flats to choose from.

Which means the subscription rate will probably be craaaazy for this prime location.

This project will be located right beside Telok Blangah Neighbourhood Centre, which means being surrounded by various amenities and food choices.

How Much Will the Bukit Merah HDB BTO Flats Cost?

Bukit Merah hasn’t had a new BTO launch for quite some time.

In fact, the last BTO project in that area was way back in July 2013.

This location is considered attractive to many, which meant that the prices would be on the premium side.

Potential homeowners could enjoy food from places such as Telok Blangah Market, and take a short bus ride down the VivoCity for more offerings.

This launch would also be perfect for nature lovers, given how near it is to Telok Blangah Hill Park, Mount Faber Park or even the up and coming Greater Southern Waterfront.

A quick look at resale prices at Telok Blangah on SRX indicated that the transacted prices for 4-Room resale flats for the past two years ranged from $420,000 to $820,000.

Close to what we have previously estimated, a 4-Room BTO flat at Telok Blangah has a starting price of $602,000.

Last but not least, we have another wonderful location, Geylang.

There will be 1,382 units of 2-Room Flexi, 3-Room and 4-Room flats available for selection.

How Much Will the Geylang HDB BTO Flats Cost?

We’ve seen the previous Geylang BTO launch (Dakota One) back in August 2020.

Where its 4-Room flats were 19.1 times oversubscribed.

We can foresee this project to be equally popular, given its proximity from MacPherson MRT station.

The plot at the other side of MacPherson MRT station was previously selected for SERS in 2018.

Given its accessibility to several malls at Paya Lebar and various neighbourhood centres, the starting price of $489,000 for a 4-Room flat at MacPherson Weave is pretty reasonable.

Get to access the Circle Line, Downtown Line and East-West Line with these MRT stations.

Just use this HDB BTO step-by-step guide and you won’t go wrong. 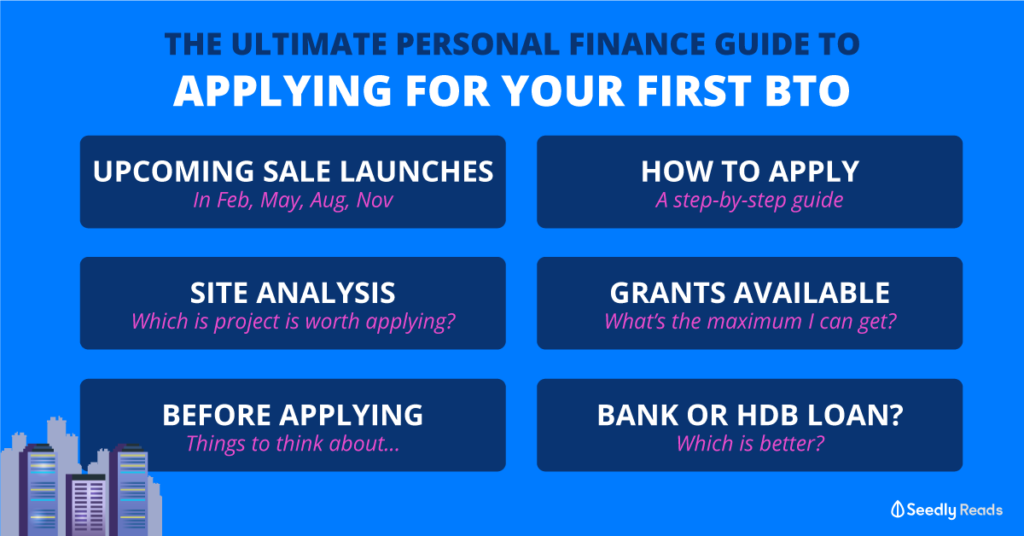 There’s plenty to think about…

Should you go with a bank loan or HDB loan?

Or what are the grants that are available…

Luckily, these (and plenty of other questions) are common HDB BTO questions and are always answered at Seedly.

So if you’re looking for answers, you know where to go!