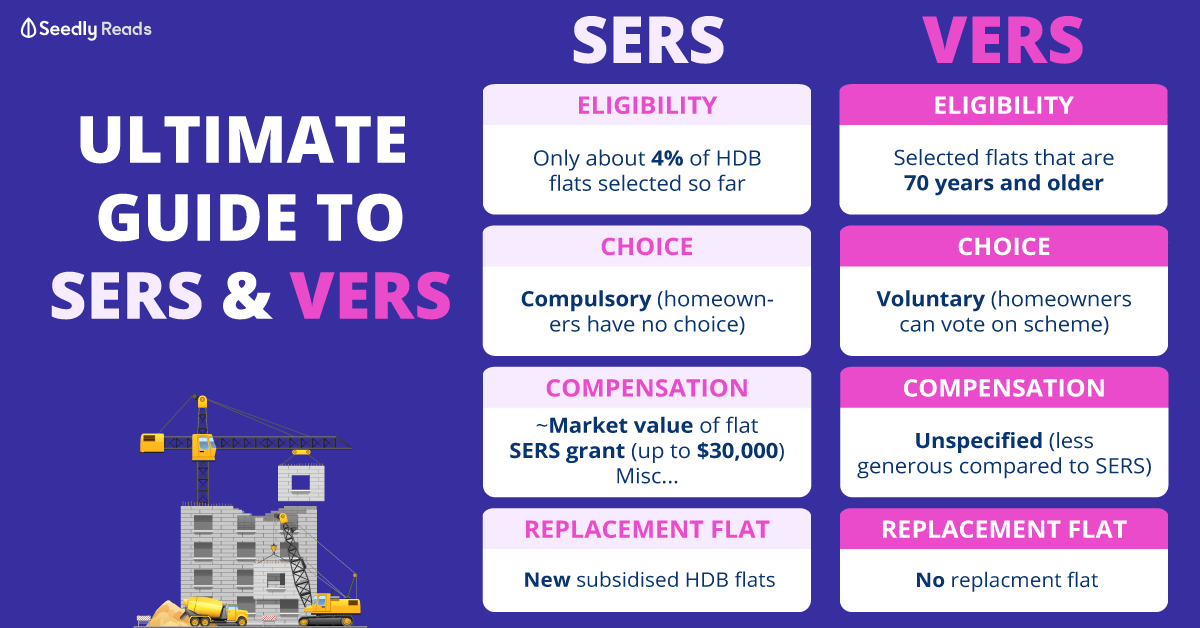 What Howard Phillips Lovecraft, the father of modern horror has recognised is that the humans are uniquely vulnerable to uncertainty.

I would think that this is why many Singaporeans are anxious about the HDB flat lease decay issue, and understandably so.

If all things remain constant, HDB flats will have to be returned to the Government once the 99-year lease expires.

Naturally, this is anxiety-inducing, as depreciation will eventually set in as the lease on a property decays over time. In other words, the value of your HDB flat will fall together with its age.

To get an idea of how much the value will drop, here is CEO of International Property Advisor Ku Swee Yong’s forecast of how much an average HDB flat might depreciate over time:

This will be an issue in the near future as roughly 90,000 of the one million HDB flats in Singapore are older than 40.

For these older flats, you can expect to see a large drop in value towards the end of the lease. It is unlikely that the value of HDB resale flat will continue rising after 50 years. And from about 65 years, they will drop sharply towards zero.

To address this issue, the Government has implemented the Selective En bloc Redevelopment Scheme (SERS) and Voluntary Early Redevelopment Scheme (VERS). This was done in a bid to renew our older housing estates, provide compensation as well as help homeowners obtain another flat to live in.

Here is a breakdown of these schemes so you’ll know what to expect as a current or future HDB flat owner.

If you are looking to pay over the odds for an older HDB flat in hopes that it will be redeveloped under SERS, just don’t.

Unless you believe that your luck is impeccable and you have no need for Fengshui services.

The then Minister for Development Lawrence Wong has warned that we cannot assume that all old HDB flats will become eligible for SERS. In a blog post published on 24 March 2017, he stated that:

“the Government will continue to maintain the strict selection criteria for blocks eligible for Sers, noting that only only 80 sites or about 4 per cent of HDB flats have been chosen for Sers since it was launched in 1995.”

Since the last General Election in 2015, there have been a limited number of blocks selected for SERS.

In fact, the latest site that benefitted from the SERS project was announced back in 2018 for the three MacPherson Lane blocks.

The writing is also on the wall for SERS, as Minister Wong has reiterated back in February 2020 that:

SERS involves compulsory acquisition and is done only on a limited basis, after taking into consideration various factors such as the redevelopment potential of the site, and the availability of suitable replacement sites nearby to rehouse the home-owners involved.
Given these restrictions, we do not expect many more sites to be eligible for SERS. This is why the Government has announced a new VERS to more systematically redevelop and renew our older HDB towns.

We can safely assume that there will be a limited amount of SERS project going forward.

SERS was started back in August 1995 as an urban redevelopment strategy employed by the Housing and Development Board (HDB) in Singapore to redevelop and renew older HDB estates.

Under this scheme, a select group of flats in older estates were bought back by the Government for redevelopment.

Think of it like HDB’s version of ‘en-bloc process‘ but with some key differences.

If your flat is in a site chosen for SERS, it is compulsory for you to participate in this scheme.

Here is how you’ll benefit:

To sum it up, the SERS scheme involves the Government is making a compulsory acquisition of your flat, compensating you for it and providing you a choice to buy a new flat with a full 99-year lease in a replacement site nearby.

There are very little drawbacks to this scheme, save for the fact that you do not have much of a choice in this matter.

But, otherwise, I view it as a largely positive development for homeowners.

It is highly likely that we will see less and less SERS projects in the future, as the sites with high redevelopment potential have already been announced.

This is where VERS comes in as a possible solution to tackle the HDB lease decay issue.

This scheme would permit HDB flat owners to have a vote on whether they would like to sell their flats back to the Government for redevelopment when their flats turn about 70 years old.

Under this scheme, the Government will select sites for VERS. If selected homeowners will be able to vote to see if they want the Government to take back their flats before the lease runs out.

If homeowners vote against VERS, they can continue to live in their HDB flats until the scheme expires.

This scheme will be largely offered to flats when they turn 70 or older, which will be some time away, as the scheme will only be launched in 18 years time in 2038.

Not much information has been released but here is what we know so far.

Unfortunately, the compensation for VERS will not be as generous as for SERS. This means that is not confirmed that the proceeds from VERS will be enough to buy a new flat.

But, on balance more households will qualify for VERS.

In addition, the government has not ruled out the possibility of involving private developers in the VERS scheme.

But then questions about VERS still remain. It is not clear how much the Government will pay for flats under the VERS scheme with less than 30 years left on the lease.

Also, there seems to be some overlap with the Home Improvement Programme II (HIP II) which also targets flats that are about 60 – 70 years old.

Plus, will flats that have just undergone the HIP II upgrading be allowed to be sold under VERS?

These questions are still unanswered but thankfully, the Government still has plenty of time to settle this.

Personally,, I would think that VERS is a good first step to address the HDB lease decay issue. Afterall, it gives homeowners more options when their HDB flat’s lease is about to run out.

Do you have any questions about SERS or VERS?

Why not head on over to our friendly SeedlyCommunity and jump in the discussion!