Does A High P/E Ratio Mean That The Stock Market Is Overvalued? 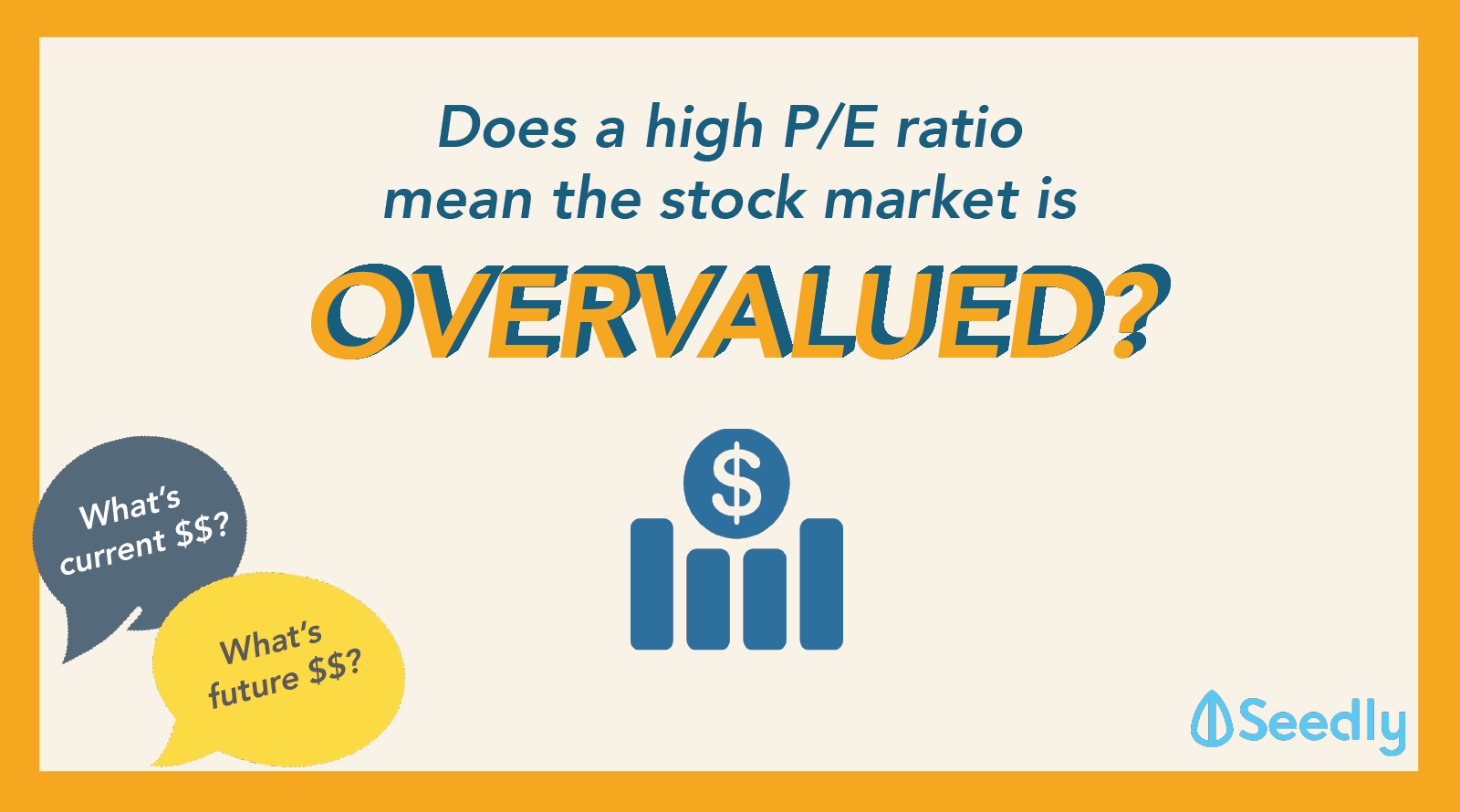 Does A High P/E Ratio Mean That The Stock Market Is Overvalued?

The PE ratio we commonly use is trailing P/E:

With Warren Buffet saying that “Buy when people are fearful, sell when people are greedy”. A PE ratio of 15 should be our golden ticket to becoming a billionaire, right?

Is this the indicator that we have all been waiting for? An indication of over-valuation?
The story is honestly not so simple.

If we decompose the equation, it works out to be like this:
Price of Share = Earnings  X Earnings Multiples. Therein lies the problem!

We do not know current earnings/ forward earnings

Take, for example, a company’s previous year earnings are $1, and the share price is at 30.

This means that our trailing PE ratio is 30.

According to theory, such an indication would point out that the stock is “overvalued”. However, what if earnings results for this year comes out and we are looking at $5 in earnings? The market would then appear to be extremely cheap as the PE ratio would suddenly just be 6 times.

Despite the market being at such elevated P/E was it really overvalued?

Also, forward earnings expectations may not be a sufficient guidance of the eventual “realized” earnings. They are after all just analyst expectations (which can be revised multiples times in a year as well).

In general, people only pay up for huge earnings multiples if they think they can still make money. In other words, they are expecting earnings to climb even further, thereby compressing the eventual earnings yield.

Due to this discounting mechanism, it is not so straightforward to argue that the stock market is overvalued simply on the premise of the PE ratio. 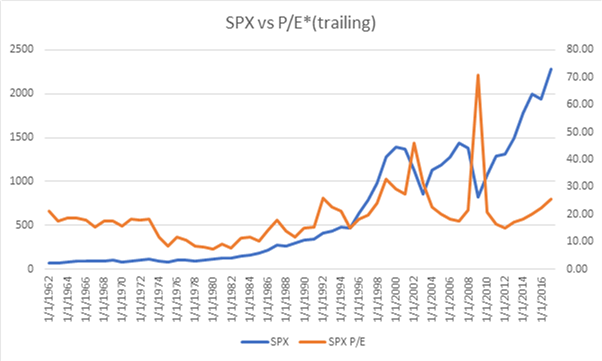 The above is a chart of the S&P 500 along with its associated PE ratios. Ironically, the highest PE ratio to be found in this timeline was during the crisis when S&P 500 was at its lowest.

Perils of shorting bubbles: The market can be more irrational than you can be solvent

This famous quote from Keynes sums it up quite well. Even during the tech bubble famous fund manager Julian Robertson (Tiger Management) suffered huge losses from shorting the overvalued “tech” companies.

So how can we use P/E Ratios?

Personally, I believe that the PE ratios provides you a good framework to think about valuations.

If multiples are high, that indicates potential investor sentiments for an improvement in earnings.

If I believe that such materialization of earnings improvement is not incoming, then that would be a potential opportunity to go short, especially if I believe in a worsening of investor sentiment. For example, a situation when a fall in earnings alongside a fall in PE multiples to trigger a fall in the price.

The second way to look at the PE ratio is simply its inverse, which is the earnings yield of the S&P500. Through conversion to a yield format, we can then compare the equity yield against other assets, i.e fixed income to see which assets are more attractive.

Thus, for example, if the S&P500 yield works out to be 10% and the 10-year government bond yield is 15%, you can expect investor flows to prefer bonds (since the yield is higher and it is safer). This is also known as the FED model. I will talk more about this in another post.

At the end of the day, making money in public markets is extremely difficult. You are up against some of the most well-informed and trained professionals in the world. There are no easy short-cuts and while PE ratios may seem like a convenient way to think about valuations, there are much more nuances that we must take into account.

About Qijian
You can contribute your thoughts like Qijian here.