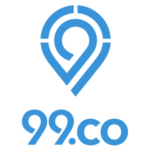 But is it just a quirk, or will prices keep rising?

What’s Happening In The Property Market?

In a separate article, we pointed out that private property prices were rising, even as resale flat prices were falling.

We believe the main causes are:

Developers paid more for collective sales in 2017 when the bidding was especially aggressive. There was also rising ABSD (additional buyer’s stamp duty) for developers and higher development charges, so new launch prices are on the high end.

Some experts we spoke to also attribute the sales spike to a large number of en-bloc sales in 2017. But we believe the bulk of buyers are still upgraders rather than displaced homeowners – some displaced owners may not be buying private properties.

How Likely Is This To Continue?

We foresee private property prices heading on an upward trend for the second half of 2019.

This will be probably be fueled by:

However, the market will still be weighed down by weak rental rates and the recent cooling measures so we wouldn’t be surprised to see prices pushed up as much as 2.5 to 3 per cent if conditions continue.

However, the momentum is not likely to last far into 2020.

By that point, most upgraders and displaced people from the en-bloc exercises would have found their new homes.

On a wider scale, it’s improbable that the US and China will sustain their tariffs till 2020. both sides will take political heat from the economic drawbacks at home.

Likewise, there’s general acceptance that low interest rates can’t last much longer – they’ve been at historical lows for almost 10 years. Even if borrowers are getting a temporary stay of execution, they know the rates have to normalise over the next few years; probably while they’re still paying their loans. This won’t be much of an enticement to homeowners, although it will still draw investors who are planning to sell after a short period (e.g. five years or so).

At any rate, we know the Singapore government watches the market like a hawk, and likes the prices as they are.

Any substantial price increases are likely to see the screws get tightened, and a new round of cooling measures.

We have no doubt plenty of homeowners figured “prices can only go down”, due to the last round of cooling measures and economic uncertainty.

But as current events show, the market isn’t that easy to predict.

Homeowners should focus more on affordability and personal comfort, and worry less about clever “wait and see” approaches.