Gracie Hartie: How Much Does a Singapore OnlyFans Creator Make?
71
shares 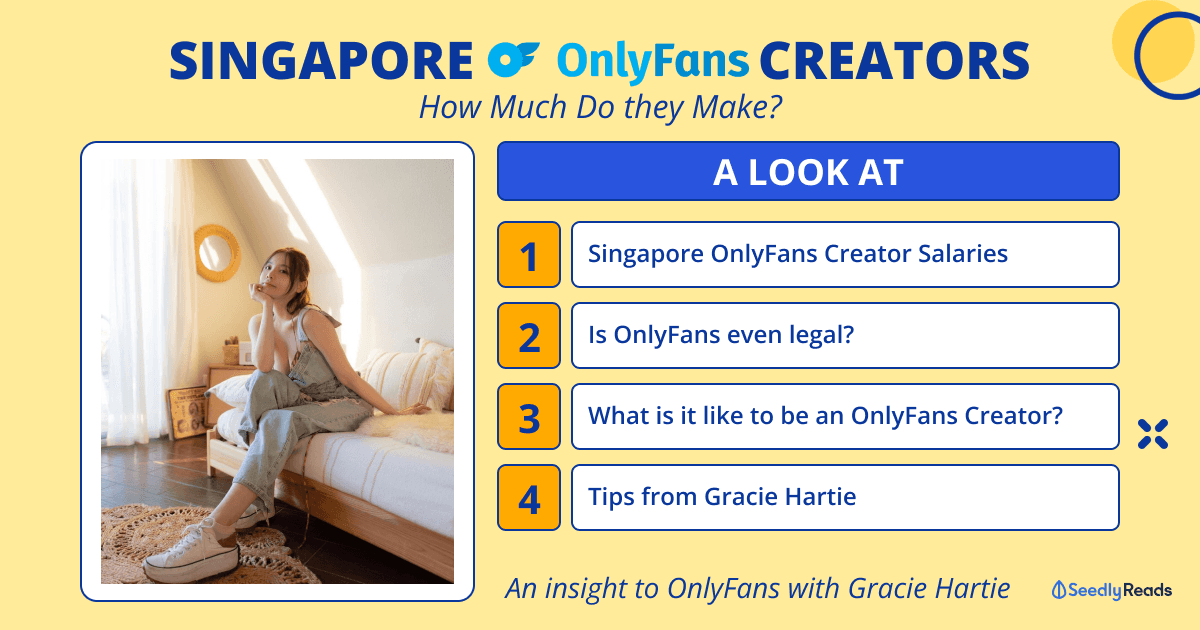 Gracie Hartie: How Much Does a Singapore OnlyFans Creator Make?

You’ve probably read the news of an OnlyFans (OF) Creator, Gracie Hartie, who is hiring a personal assistant for a whopping $5,200 to $5,800 per month.

That’s higher than the median income of Singaporeans at $4,680 (inclusive of employer CPF).

Just how much are OF creators earning?

In order to dive deeper into this topic, I’ve had the pleasure of interviewing Gracie Hartie herself to give us some insight into how much OF creators can make, as well as what it’s like to be one.

TL;DR: How Much Does a Singapore OnlyFans Creator Make?

Top OnlyFans creators can easily make 5-figures a month from subscribers. But, much like being a financial advisor or a property agent, being an OF creator requires a lot of hard work to build your brand and client base.

The median OF income is only US$180 per month.

Disclaimer: The information provided by Seedly serves as an educational piece and is non-sponsored.

How Much Does a Singapore OnlyFans Creator Make? 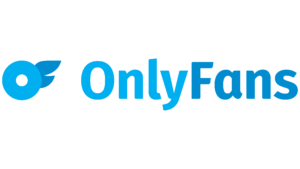 Popular OF creators such as Tammy Tay and Titus Low are known to be making 5-figures a month. Hartie, too has revealed to me that she makes a consistent 5-figure sum per month, with the exception of one month where her income dropped by half due to a TikTok ban.

To be more precise, we can roughly guess how much these creators are earning from OF based on their subscriber numbers and prices. Titus Low for example, is estimated to have earnt $30,000 in July 2021 after accounting for his over 2,000 fans who pay at least $15 a month.

But, of course, these are some of the top creators.

Based on research by XSRUS, who scraped the OF website and crunched the numbers, median OF accounts earn only US$180 per month. Not to mention, OnlyFans takes a 20% cut of your earnings on the platform.

So unless you’re at the top of your game, Hartie says that “you might be showing your butt for loose change”.

Do Guys Or Girls Get Paid More on OnlyFans?

Again, there isn’t credible information about which sex gets paid more.

But in Hartie’s words, “the pink dollar is actually very strong, stronger than the generic market”. She says that “male creators catering to the gay market are definitely earning more than girls”.

Is It Legal to have OnlyFans?

Under Singapore’s Penal Code, it is illegal to transmit any obscene material by electronic means.

But what exactly is “obscene”?

According to Mr Tang Shangwei, a partner in white-collar and enforcement practice at WongPartnership LLP, Singapore’s law define obscene material as anything that has the “tendency to deprave and corrupt the minds” of people who are likely to read, see or hear these materials.

In general and from the viewpoint of OnlyFans’ subscribers, videos, photographs and/or audio recordings that depict explicit sexual activity to arouse sexual excitement would in all likelihood be considered as ‘obscene’

What Is It Like To Be an OnlyFans Creator?

After my conversation with Hartie, it seems like being an OnlyFans Creator is quite similar to running your own business or starting a brand.

When asked if she considered herself to have a good work-life balance, she said that she spent so much time on OF initially that it consumed her.

Thankfully, with more experience, she now has more free time for herself.

Like any business, there were also startup costs for Hartie. For the first month, she spent some $400 on lingerie and gave a friend $500 – $600 to shoot for her.

When prompted about business-related costs, she says that it’s hard to give a proper breakdown since OF has been integrated into her life.

I purposely choose better looking accomodations everytime I travel, how do you measure that expense? I would have booked an accomodation anyway, but I picked a prettier one.

Aside from the huge potential income. Hartie loves the “magic of OnlyFans”, which “streamlines the traditional creator business” and “cuts out blood-sucking intermediaries & agents.”

With what Hartie is doing, there are lots of similarities to the gravure model industry in Japan. Traditionally, these gravure model agencies require mass viewership and can only channel resources to those who perform well. But with OnlyFans, she has the potential to reach millions with profits going directly to her (although OnlyFans takes a 20% cut).

Then again, there’s still the stigma and backlash from society, especially in a relatively conservative country such as Singapore.

People don’t understand it, it’s new, and it challenges the normal way of doing things. People are uncomfortable with new ways of doing things, therefore the backlash & stigma. So cons, definitely stigma, but if you can get pass it, it’s a very powerful medium to be on.

Can Being an OnlyFans Creator Be a Long-Term Thing?

Like many, I was also curious if being an OnlyFans Creator was sustainable. After all, beauty usually fades away with age.

However, Hartie argues that you really only need 1,000 people at every point. With 7 billion people in the world, she’s confident that she can find 1,000 people who appreciate her work.

She also says that she wants to spend the rest of her time helping other creators.

It seems like it’s very much like being an influencer where you can use your fame to start other ventures with OnlyFans as one source of income.

If you happen to be an aspiring OF Creator, Hartie says that you’ll need to be “strong and wise” with a strong support system to back you up.

Interestingly, she also says that one shouldn’t do it for money.

But if you do start an OF, it is imperative that you own the Intellectual Property (IP) of your content.

All in all, OnlyFans looks pretty much like any other business and isn’t a bed of roses like the media would love us to think. And like startups, only the top few succeed and thrive in the long term.