How much does it cost to get Singapore into the world cup? 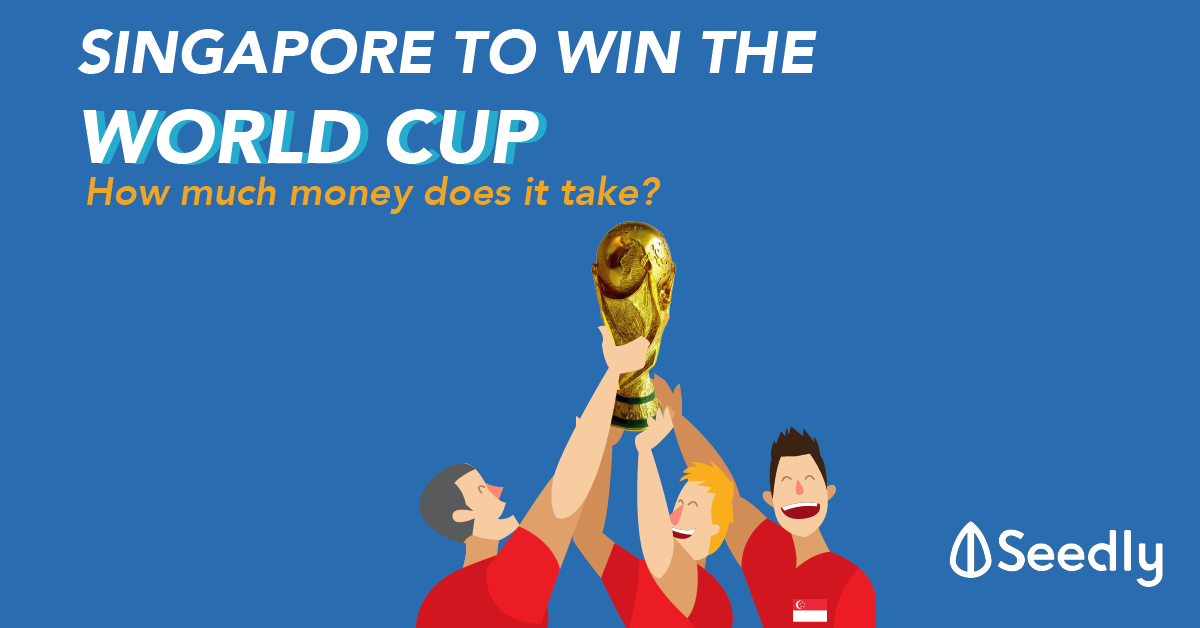 How much does it cost to get Singapore into the world cup?

Imagine waking up one day to see Singapore in the FIFA World Cup and go on to win it.

That feeling will be comparable to when Joseph Schooling clinched the gold medal at the 2016 Olympics.

Before we go on with our research on Singapore’s football scene, here are some assumptions: 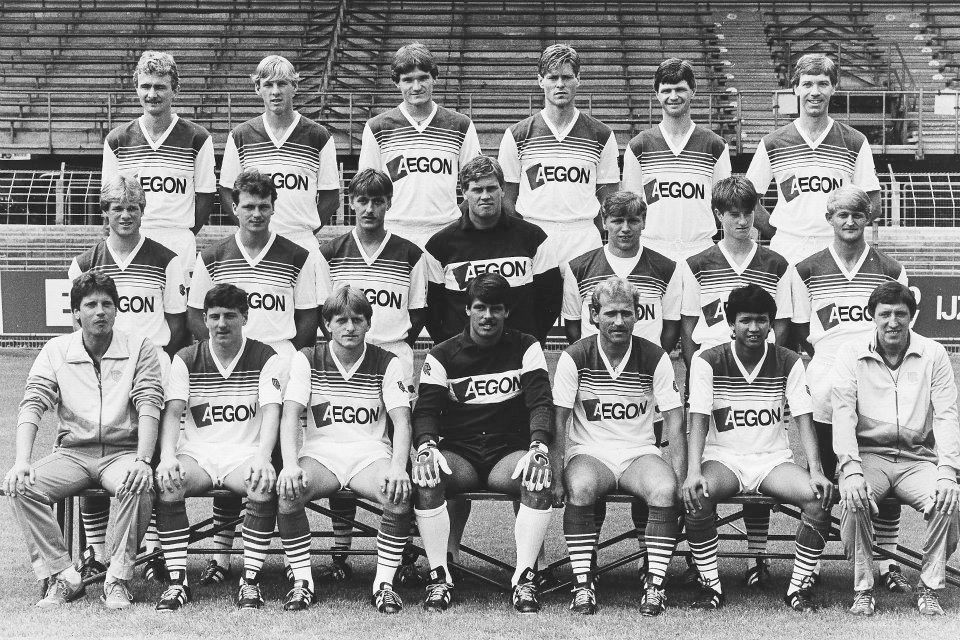 Source (Spot Fandi Ahmad in this photo of FC Groningen)

With the assumption that we should provide our National Team the same amount of monetary resources as the other big teams in the World Cup for good results, we checked out the annual report of FAS.

Here are some key observations: How much does an S.League football player make?

On top of the total expenses, we dive deeper into how much a Singapore football player makes per month.

Based on a Channel NewsAsia article, a professional Singapore football player on average earns less than S$3,000 a month.

Players who regularly feature in the national team can earn slightly more, ranging from S$5,000 to S$8,000.

What football players abroad are earning?

To draw a comparison, we find out what football players in other parts of the world earn.

Top paying leagues in the world

With Germany winning the World Cup the previous round and assuming that most Germany National Team players are playing in the Bundesliga, we look at their average salary.

According to statista, below are the average player salary in million U.S dollars for the top league in World Cup winner Germany. 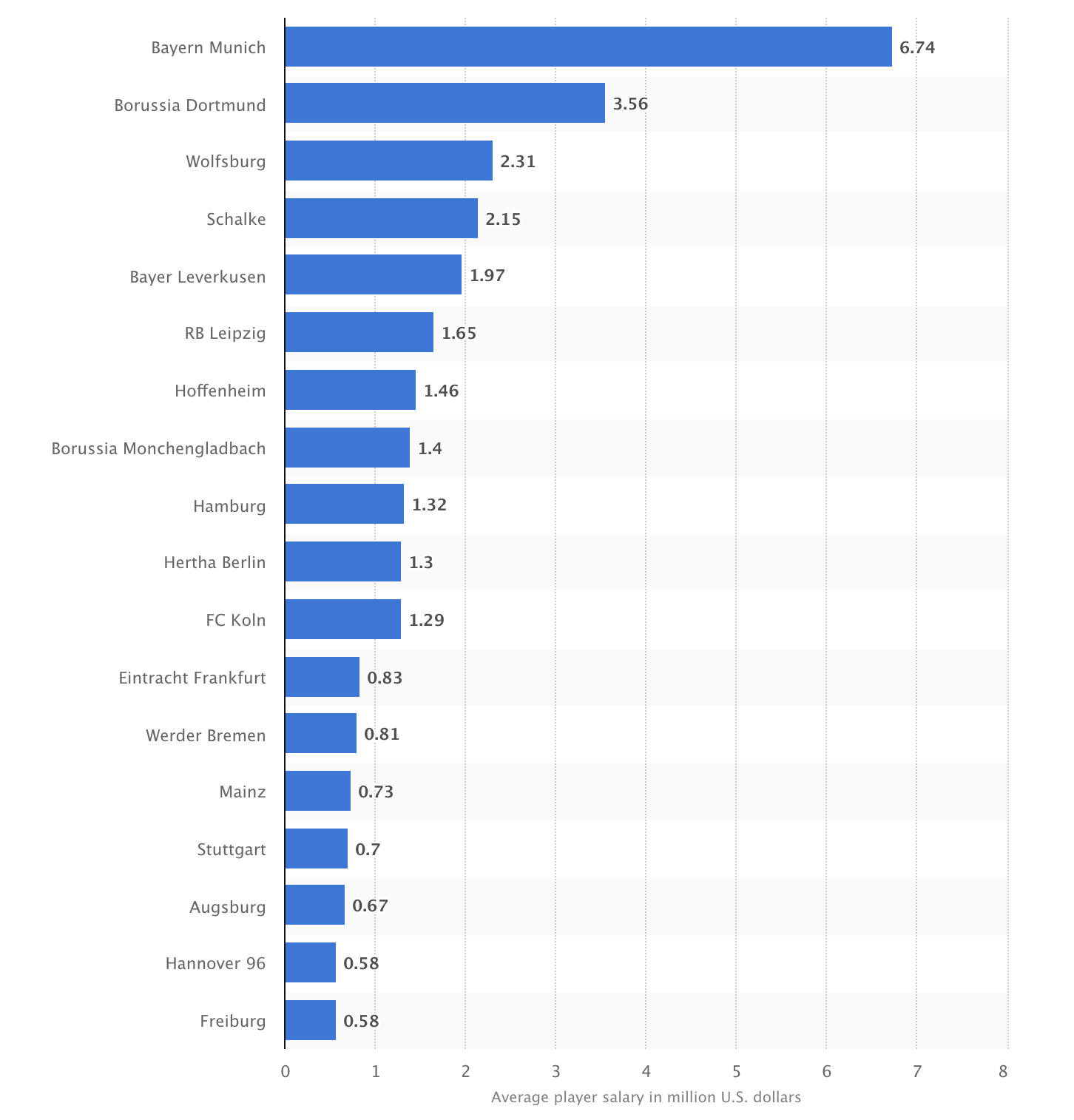 How much does Bundesliga spend a year?

Having won the World Cup in the year 2014, we wonder how much Germany is investing in the sport every year. 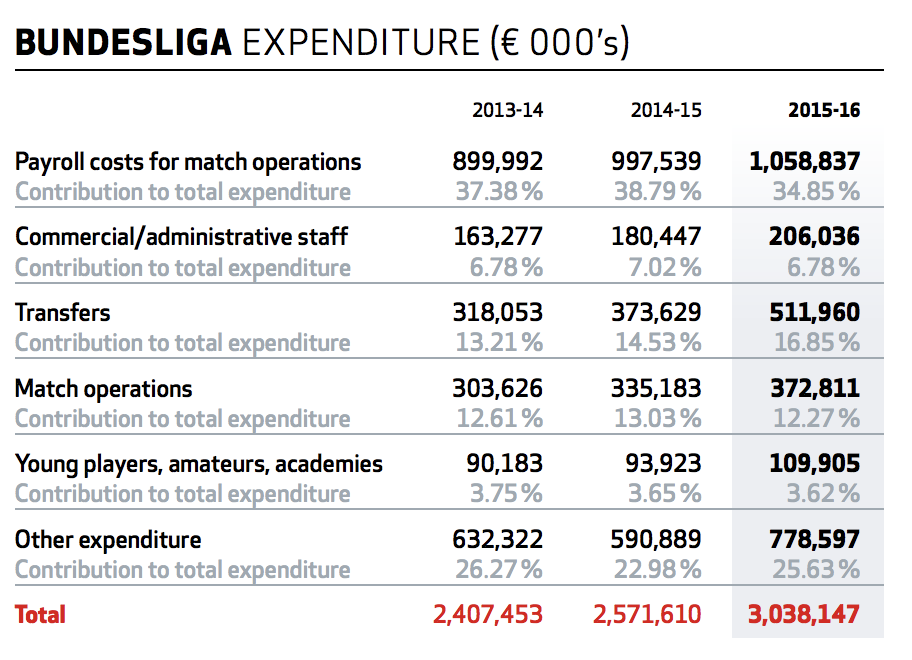 Assuming expenses is pegged to population, Germany has a population of 82.67 million as compared to Singapore’s population of 5.607 million. Hence, the total expenses can be adjusted down to S$320 million.

On top of salary, here are some of the other problems that Singapore footballer faces: