Believe it or Not... IKEA's Parent Company is a Non-Profit Organisation
159
shares 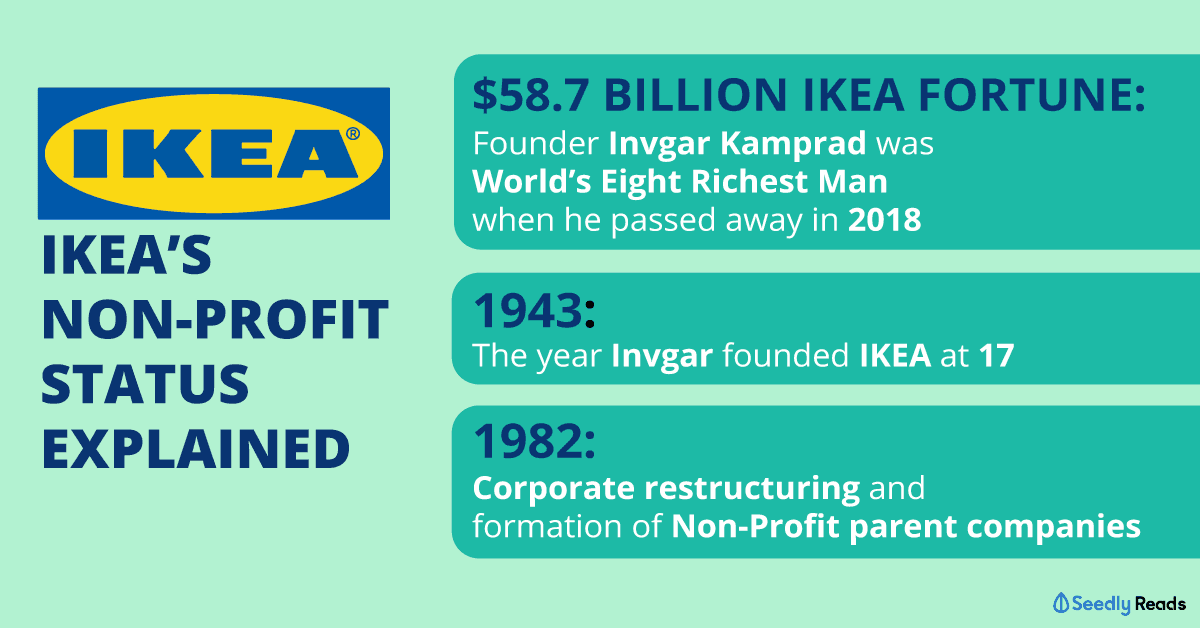 Believe it or Not... IKEA's Parent Company is a Non-Profit Organisation

There’s no doubt about it Singaporeans love IKEA.

This picture was taken at the IKEA Singapore Alexandra branch on 5 April; two days before the “Circuit Breaker” measures put in place to contain the Coronavirus in Singapore kicked in.

With that kind of corporate loyalty, where people are willing to literally willing to risk their lives to visit IKEA Singapore, there’s little wonder that the company the largest furniture retailer in the world.

It may come as a surprise to that IKEA’s is technically a charity. Yes, you read that right.

But before you submit your IKEA receipts to IRAS, it’s good to take some time to examine IKEA’s complex ownership structure, its history what has changed (or remained unchanged) since then.

TL;DR: IKEA’s Past as a Charity and How it Still Saves on Tax Every Year

At the time of his death, Ingvar was ranked No. 8 on Bloomberg’s Billionaires Index thanks to his control of an estimated USD$58.7 (S$83.6 billion) IKEA fortune.

Today, the IKEA multinational, as seen by the public is a huge enterprise with €38.8 billion (S$60 billion) in annual sales, 211,000 employees, an extended global supply chain and at least 433 stores in more than 52 countries.

They have also held the title of the world’s largest furniture retailer since 2008.

Despite its massive growth, IKEA remains a privately-owned business, controlled through a complex multinational structure by members of their Kamprad family and their close associates.

Take a moment to remember the most complex piece of IKEA furniture you have assembled.

Multiply the complexity by ten.

This is how complex their corporate structure is.

As early as 1982, Ingvar split IKEA under into two legally distinct corporate groups.

The Interogo Foundation, which was formed by Ingvar in Liechtenstein and the Stichting INGKA Foundation in the Netherlands.

The IKEA Group, under a Dutch parent company, INGKA Holding BV, which Ingvar placed under the ownership of a Dutch foundation, the Stichting INGKA Foundation.

To use the IKEA name and operate brand stores, the Stitching INGKA Foundation has to pay money to Inter Ikea Systems.

Any further information is obscured by their corporate structure, but it could be assumed that the money makes its way back to the Kamprad family and their close associates.

In 1982, Invgar founded the Stichting Ingka Foundation, a Dutch charitable foundation he founded the same year with the help of his corporate attorney Linnea Walsh.

He then gave up his ownership stake shares of IKEA to the foundation in the same year.

The Stichting Ingka Foundation foundation is a completely tax-exempt, non-profit-making legal entity, under Dutch law. Stichtingen, or foundations, are the most common form of non-profit organisations in the Netherlands.

The foundation controls INGKA Holding BV, a wholly-owned subsidiary and for-profit company that runs the majority of IKEA stores around the world

Ingvar himself was quoted as saying makers of a Swedish documentary that tax efficiency was “a natural part of the company’s low-cost culture”.

Furthermore, the company structure of a for-profit holding company nestled within a non-profit charitable foundation prevents any takeover bids.

On May 2006, The Economist published an expose on IKEA and the Stichting Ingka Foundation.

They estimated that the foundation was worth €36.9 billion, which made it the world’s richest charity at the time; even bigger than the Bill and Melinda Gates Foundation which had was only worth €29.1 billion as seen with their public records.

Although it is so much bigger than the Bill and Melinda Gates Foundation, The Economist stated that the Stichting Ingka Foundation:

“is at the moment also one of its least generous. The overall set-up of IKEA minimises tax and disclosure, handsomely rewards the founding Kamprad family and makes IKEA immune to a takeover”.

At that time, the foundation stated in its articles of association that its purpose was to promote “innovation in the field of architectural and interior design.”

Following the article’s release, Invgar went on to add to the goals of the Stichting IKEA Foundation, pledging to spend more money on children in the developing world in Dutch courts.

ANBI status comes with a great number of tax benefits.

ANBIs will not have to pay Dutch gift tax (tax rates varying from 30% to 40%). ANBIs are fully exempt from Dutch gift tax on donations or inheritances received, provided such funds are used for the public benefit activities.

Grants made by an ANBI are also exempt from Dutch gift tax.

Even though the Stichting Ingka Foundation is no longer an ANBI still retains its designation as a non-profit organisation.

This means tall the IKEA furniture and meatballs you bought were donated to a ‘charity’ #childhoodruined.

In 2017, the parent company Stichting INGKA Foundation donated €159 million euros to its charitable arm the Stichting IKEA Foundation of which €144 million was subsequently donated.

In 2016, the IKEA report was published by the Greens/EFA Group in the European Parliament which alleges that IKEA had managed to avoid paying €1 billion in taxes between 2009 – 2014.

The report gave a clear insight into how large super-wealthy Multinational Corporations like IKEA can still use the taxation rules for its own benefit.

The worse part about this is that IKEA is not doing anything illegal as regulation is still severely lacking.

At the end of the day, we would not want to dictate how you spend your money.

For all its flaws, IKEA does provide decent price-competitive furniture. 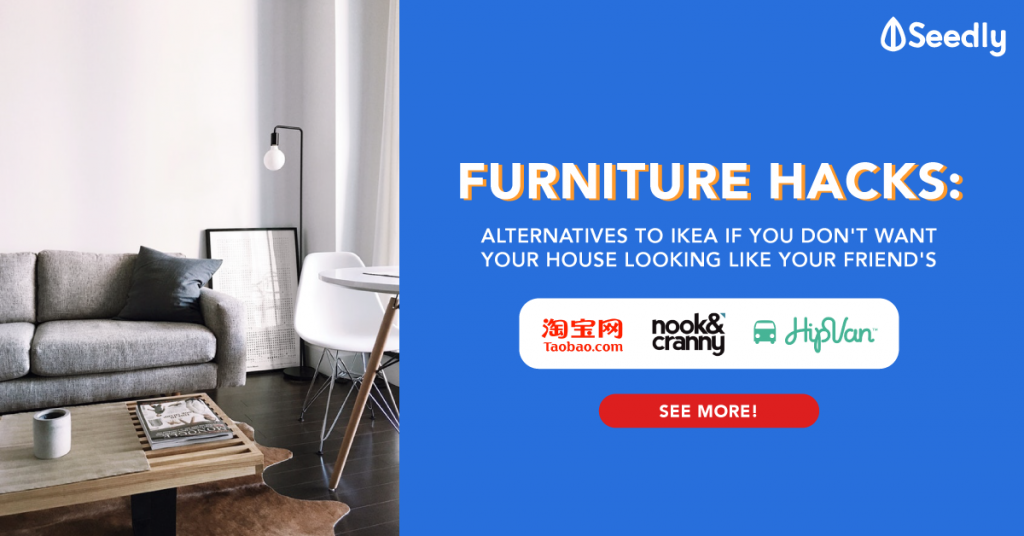 But for whatever reason, you would want to not shop at IKEA, we have compiled a list of IKEA alternatives you can consider.

Brands like homegrown furniture brand HipVan with their selection of Scandinavian-styled furniture and home decor and Hock Siong & Co. with its second-hand treasures

As much as IKEA has remained price-competitive over the years, there are times where these lesser-known brands offer great deals as well.

If you have any questions about furniture, why not head over to ask a question in our friendly Seedly Community who will be more than happy to help!