3 Interesting Stocks to Watch For The Past Week - mm2 Asia, Japan Foods' and SPH 3 Interesting Stocks to Watch For The Past Week - mm2 Asia, Japan Foods' and SPH

With over 700+ stocks listed in SGX, it’s not easy to keep tab of all the on-going developments such as Share buybacks, Acquisitions, Quarterly Results and much more.

Moreover, these announcements can sometimes bring about a huge impact on the company’s future course of action. Stock investors who are “in the know” may be better equipped to perform the necessary due diligence or even re-visit the investment thesis if necessary.

With these in mind, we take a look at 3 companies with some interesting developments or news over the past 2 weeks. 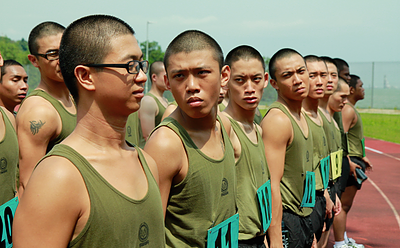 1. Investment by Fox Networks a vote of confidence in MM2 Asia (SGX: 1B0)

mm2 Entertainment, a subsidiary of MM2 Asia (SGX: 1B0), is a media entertainment and content company involved in:

For your information, MM2 Asia Limited is the first local film production company to be listed on SGX-ST Mainboard. Since the acquisition of Cathay Cineplexes in Singapore in November 2017, MM2 Asia is the only exhibitor operating cinemas in both Singapore and Malaysia, with a total of 206 screens across 27 locations.

Two of these movies, Shadows and Scared To Death, will be shot in Hong Kong, while the other two, Number One and The Fatekeepers, will be shot in Singapore and Malaysia. This collaboration will further leverage the two companies’ respective strengths on the creative development and distribution of the four films.

“We’re very pleased with FNG’s investment in the development of this slate of
movies. Their regional presence and expertise have helped shape the creative and commercial texture of these films, to ensure their reach to audiences beyond Singapore.”

mm2 Entertainment had involved in co-producing the Taiwanese romance More than Blue, directed by Gavin Lin. It was debuted at the Open Cinema section of the 2018 Busan International Film Festival.

MM2 Asia Limited last changed hands at $0.35 on 7 December. At that price, it is valued at 15.34 times trailing earnings. mm2 Asia did not offer any dividend.

According to Business Times, Japan Foods has teamed up with Minor Singapore to franchise and run their brands in Japan, Thailand and China, in a binding memorandum of understanding (MOU).

Japan Foods will run the 50-50 joint-venture company’s Thai eatery operations in Japan and provide support for Japanese cuisine operations, while Minor Singapore will run the Japanese food outlets in Thailand and China and support the preparation of Thai cuisine.

Mr Takahashi Kenichi, the executive chairman and chief executive of Japan Foods, stated that the new deal is in line with the group’s vision of setting up shop in Japan. He added that he looks forward to launching both franchised and in-house brands in Thailand and China.

“We believe that our expanded network will also make us more attractive as a franchise partner to Japanese brand owners who may be looking to expand beyond their local market”, said Mr Kenichi.

Japan Foods was trading at S$0.46 last Friday. At that price, the company is valued at 15.73 times trailing earnings with a dividend yield of 4.62%.

Singapore Press Holdings Limited, SPH (SGX: T39) is in the business of publishing newspapers, magazines and books in both print and digital edition. It owns multiple digital products, online classifieds, radio stations and outdoor media. On the other hand, SPH owns 70% in SPH REIT which comprises Paragon and The Clementi Mall.

In the last five-year period, SPH’s share price has dropped 42% from its peaked of S$4.34 to its current price of S$2.52. This is due to the multiple challenges that have eroded into its core business that might dampen its profitability in the future.

Since the emergence of online media, SPH’s traditional print and digital readership has been on a consistent decline over the last 10 year period.

According to Business Times, SPH’s management team did not intend to cut costs as it is not a way for the company to prosper. Instead, the company is focusing on digitizing its core media business while actively seeking out cash-yielding property investments in the defensive sector.

“For Orange Valley, the market in Singapore is small and the leases we have are not long leases, we will continue to have to renew those leases. So when we talk about growing the aged care space, we are looking beyond Singapore.

Right now we are working with developers in neighbouring countries. We have the operating expertise, they have the land. We can develop not just nursing homes, but (also) retirement villages… In places like Australia, the retirement village as a lifestyle choice is very much a mature market.”