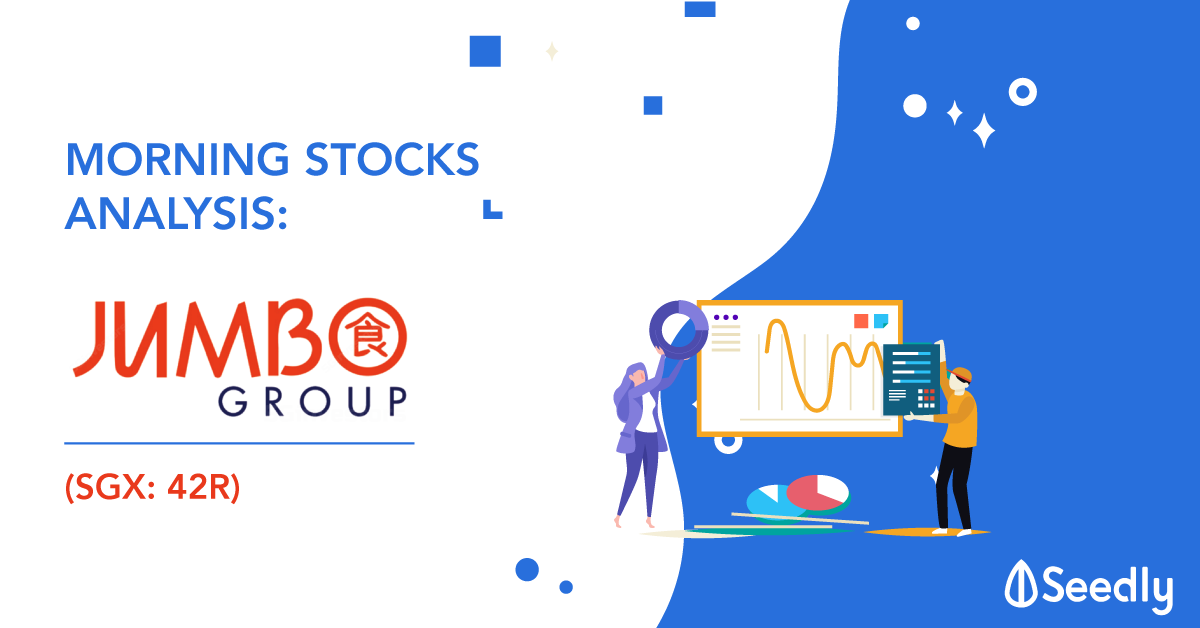 With JUMBO opening its first franchised Jumbo Seafood Restaurant in FuZhou, marking its 7th restaurant in the People’s Republic of China (PRC) and its 15th restaurant across Asia, the Group is continuously exploring suitable opportunities to expand its network of F&B outlets and businesses through opening of new outlets and strategic alliances with partners who can strengthen market position and add value to its existing business.

In their recent announcement for Q3 FY 2018 performance, JUMBO’s revenue increases 2.9% to $35.8 million mainly due to China operations – contributed by two new outlets in Beijing and Shanghai and the opening of Xi’an outlet.

The Group’s Q3 FY2018 results reflect the gestation period of its expansions, locally and regionally as they continue to focus on cost efficiency and improving workflow processes to increase productivity.

With that, let’s look at ShareInvestor’s analysis of their financial:

JUMBO has also been very constant in their dividend payout for the past 3 years. This might interest income-oriented investors who are seeking for companies with a regular and stable stream of income and by maintaining the level of annual dividend payout, it will also assist to preserve shareholder confidence while they expand regionally.

Among its peers, below are the performances of JUMBO, based on some key statistics: 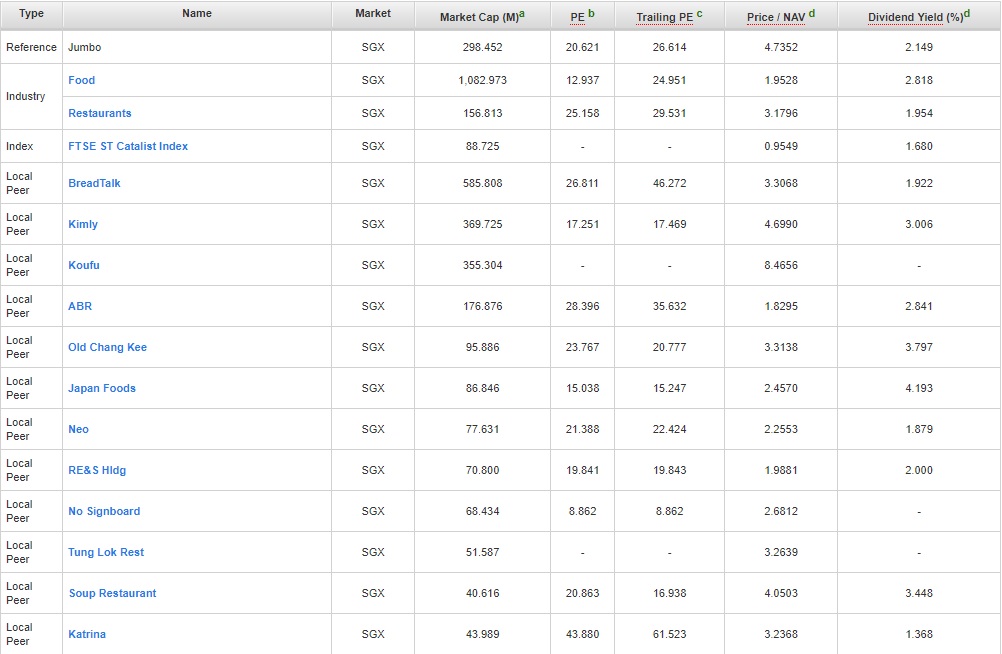 Beyond their performance, let’s dive into their insider trades in 2018, which is often a reflection of the management’s confidence in the growth of the company. Moving forward, JUMBO will continue to actively explore opportunities to grow its portfolio of brands. There are plans in the Group’s pipeline to open two new JUMBO Seafood restaurants, one Teochew cuisine restaurant and at least two more Tsui Wah Hong Kong-styled Cha Chaan Teng outlets in Singapore in the next 12 months.

On 9 July 2018, JUMBO had also announced that it had entered into a franchise agreement to establish and operate a JUMBO Seafood restaurant in Bangkok, and the outlet is expected to open by the end of 2018.

With all plans in place, let’s watch out for JUMBO, moving forward.