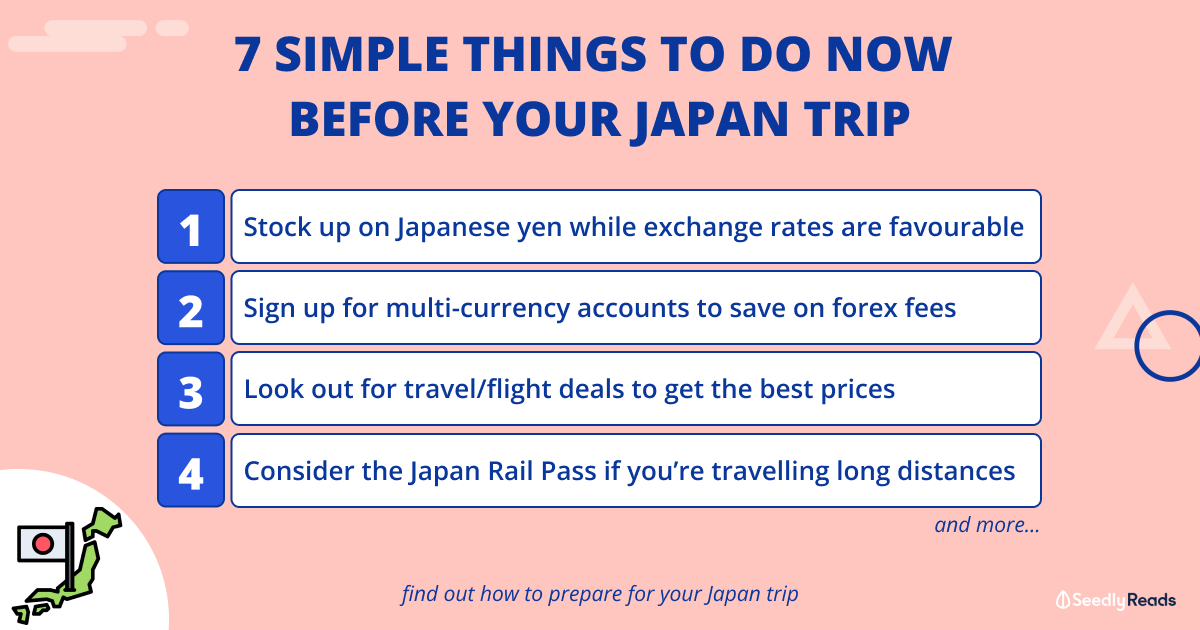 7 Simple Things To Do Now Before Your Japan Trip

It’s been two whole years since we’ve stepped into Japan as tourists.

I still remember the hustle and bustle of Shibuya crossing, chilling in a private onsen, snowboarding down the slopes of Karuizawa, eating sugoku oishii (Japanese: really delicious) Japanese food…

And best of all, being part of the mega audience during Comiket and Count Down Japan (think Coachella but with all the best J-rock/pop artistes in one place).

Japanophile fanboying aside, it is no doubt that Singaporeans love Japan as one of their top travel destinations, with 36.1 per cent of us picking Japan as our favourite holiday destination.

The Japanese government has already announced plans to accept group package tours from overseas in May 2022 and possibly individual tourists thereafter.

So if you can’t wait to grab your passport and leave for Japan the moment we’re allowed to,

And save you some money as well!

TL;DR: 7 Simple Things To Do Now Before Your Japan Trip

Japan is slowly opening up to Singaporeans, starting with small group tours for those who are triple-vaccinated with Pfizer, Moderna, AstraZeneca and/or Novavax COVID-19 vaccines.

The reopening of Japan to all tourists has yet to be announced, but there are hints that we may have a full reopening as early as June.

1. Stock up on Japanese Yen While Exchange Rates Are Favourable

If you haven’t already, exchanging your Singaporean dollars for Japanese Yen is a great thing to do now while exchange rates are still favourable.

This is much higher than pre-COVID times when the exchange rate was hovering at around 1 SGD = 80 Yen.

While cashless options have been on the rise and you won’t have much trouble paying digitally in major cities such as Tokyo, it is a good idea to bring some cash along with you as many small shops still do not accept cashless payments.

2. Make Use of Credit Cards or Multi-Currency Accounts for Lower Fees

Aside from bringing cash along, remember to take advantage of credit cards or digital multi-currency accounts (MCAs) to enjoy rewards and lower currency conversion fees while you spend in Japan.

The amaze card by Instarem for example, lets you enjoy 1 per cent cashback on foreign currency transactions* on top of any existing credit card rewards you may have.

On the other hand, multi-currency accounts like Revolut let’s you exchange and store Japanese Yen in the account for use when you go over.

Some of these multi-currency accounts also let you withdraw cash from local ATMs in Japan, so if you’re ever in need of spare cash, you’ll have that option too. 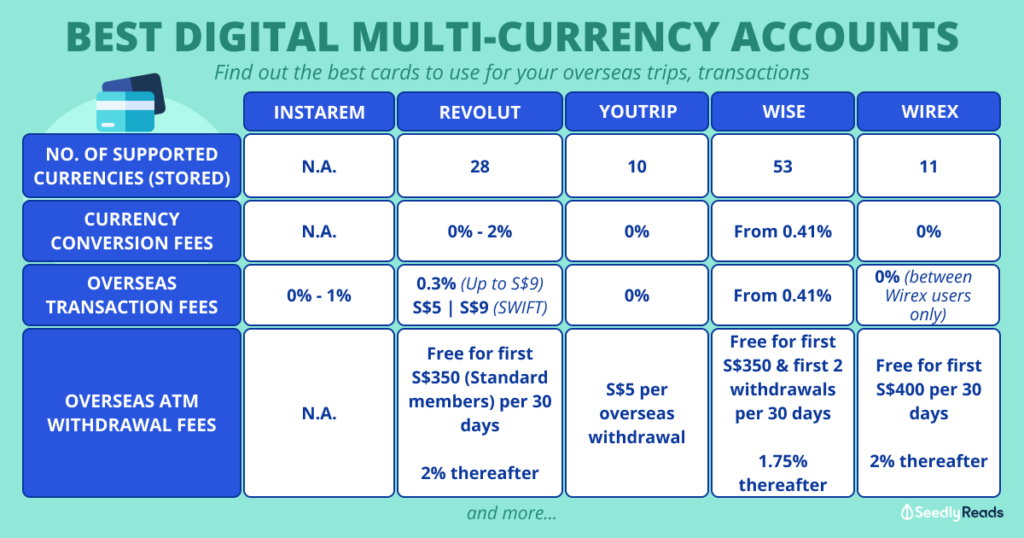 Personally, I will bring 30% to 40% of my spending budget in cash while keeping the remaining in MCAs like Revolut to maximise my spending where possible.

But of course, if you are touring the rural areas of Japan, you might want to have a much higher percentage in cash.

Unless you’re going on a tour package with everything bao ga liao (Hokkien: covering all bases), you’d be going to Japan on your own, free to explore wherever we want.

With many amazing places to visit, outlining what your travel objectives are and planning your itinerary early can save you both time and money.

Once you’ve identified your travel goals, check out some travel guides to get more in-depth information about the particular activity and any costs involved.

4. Look Out for Travel/Flight Deals

Most of us know that booking a last minute flight ticket is going to be expensive.

As such, I’d say there’s no harm in tracking flight ticket prices now with websites such as Cheapflights, Kayak and Skyscanner, even though it is currently unconfirmed when Japan will reopen to all tourists.

This way, you’ll be able to set price alerts and secure a good price once the reopening is announced and your flight dates are confirmed.

That said, be careful not to be too cheapo about your flight ticket prices as this is a long-haul flight and budget options may not be worth the cost-savings.

Take your time to read reviews and also consider airlines such as Japan Airlines (JAL) and All Nippon Airways (ANA), both great airlines at a more affordable price than Singapore Airlines (SIA)

While you’re at it, start reading up and comparing travel insurances to cover for any accidents that may occur. 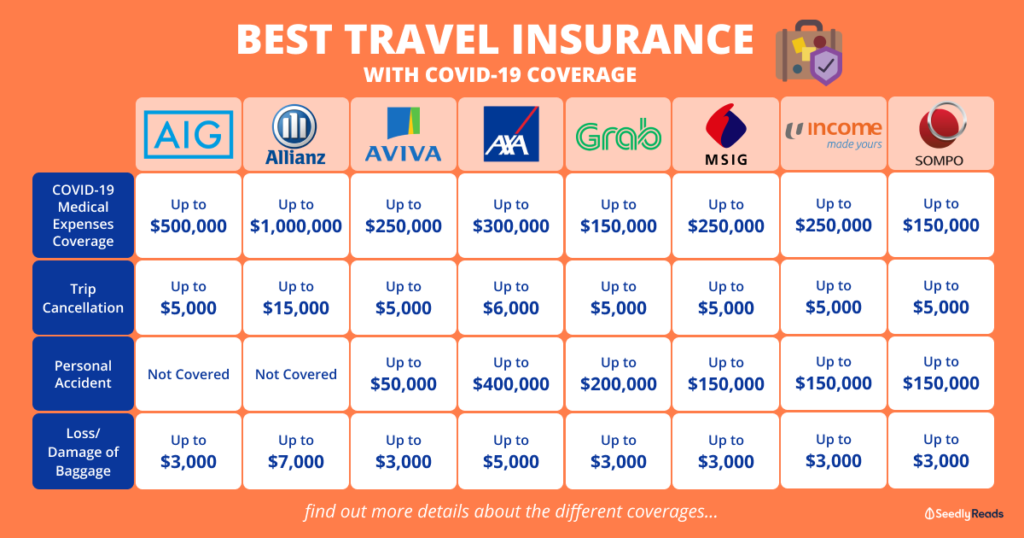 While hotels are all fine and dandy, you might want to explore other accommodation options for a more unique Japanese experience.

Or perhaps you want to try out a kotatsu (a low table with a heater underneath) in an Airbnb during winter?

Alternative accommodation options such as these are often cheaper than hotels, and offer something different for those of us who are a little more adventurous.

During my virgin trip to Japan, my group of friends were lucky enough to rent an Airbnb for a fraction of the cost of a five-star hotel room,

And we thoroughly enjoyed our stay in the spacious apartment, complete with a kotatsu that was used pretty much every time we were there.

So it’s definitely worth to start exploring what your accommodations options are on sites like Klook, Booking.com and others.

6. Consider the Japan Rail Pass (Or Other Rail Passes)

If you’re travelling to more than one major city in Japan within seven days, you may want to consider the popular Japan Rail Pass (JR Pass).

With this pass, you’ll have access to everything from the Shinkansen bullet trains to local JR commuter trains, buses and even ferries.

If you’re travelling long distances in Japan, this pass could provide excellent value, and you can even reserve one online up to three months in advance.

However, do note that these passes costs extra to purchase through the official JR Pass website or at ticketing offices. You can get cheaper prices by purchasing an “exchange order” at an overseas JR-designated sales office or agency such as japanrailpass.com.

If you’ve already have an itinerary planned out and are intending to tour a specific region, it might be cheaper to buy other rail passes or just use the prepaid Suica card, Japan’s version of EZ-link.

As everyone’s itinerary is different, you’ll need to do your own calculations to determine if it is worth to get one of Japan’s many rail passes.

If your vocabulary is only limited to “konnichiwassup” and “arigathanks”, you’ll seriously want to consider learning some proper Japanese before stepping into Japan.

While you can use Google translate to a limited extent, you’ll find that the language barrier is pretty significant as most Japanese understand a bit of English at best. But that’s only if we’re talking about those in Tokyo who are used to foreigners.

If you’re venturing into the rural areas of Japan, most of the folk there do not speak English at all, so you’ll need to have some basic Japanese under your belt.

Learning basic Japanese isn’t all too hard, and you can start with free apps like Duolingo to get you started.

Moreover, there are plenty of YouTube videos to help you get prepped for your Japanese holiday.

Some basic Japanese phrases that you can memorise right now are:

Apart from learning the language, do take some time to learn and avoid gaijin (foreigner) mistakes that many tourists make in Japan.

For example, in Tokyo, it is common etiquette to stand on the left side of the escalator if you’re not in a rush. Otherwise, you may annoy others who are in a hurry and you’re blocking their path. In Osaka, the “slow/standing” lane is on the right side.