Jardine Matheson Holdings Limited (SGX: J36): Here's What You Should Know About It Before Investing
23
shares 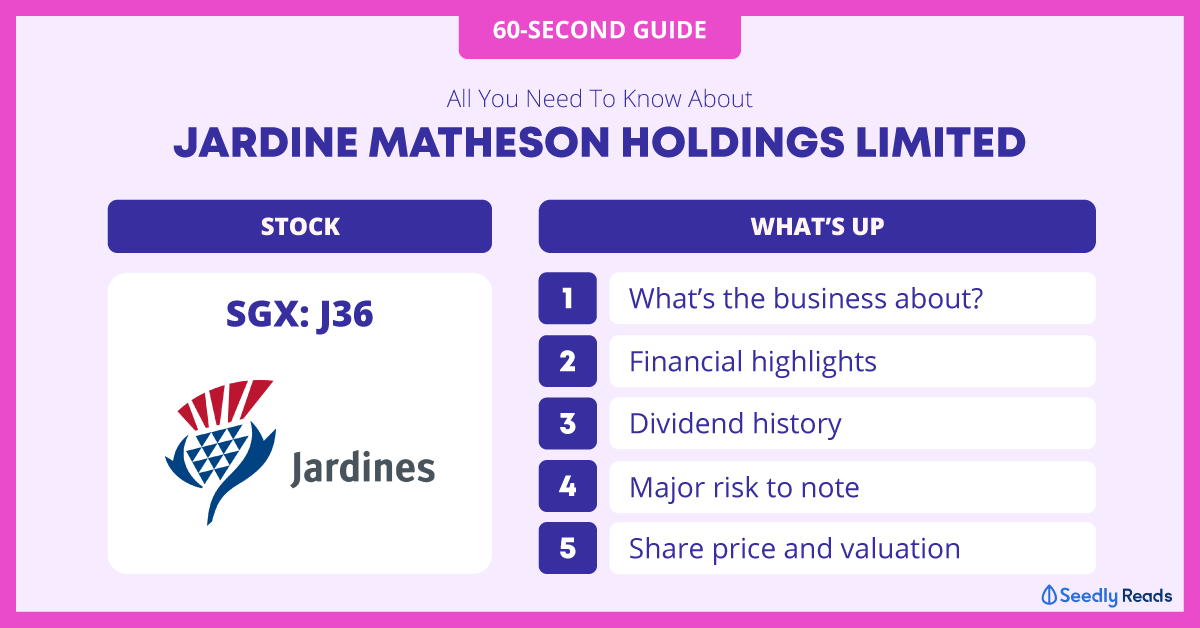 Jardine Matheson Holdings Limited (SGX: J36) is a conglomerate with interests in many businesses.

Right here, let’s look at essential things we should know about the blue-chip company in just 60 seconds!

Founded in China in 1832, Jardine Matheson is a diversified Asian-based group with operations in Greater China and Southeast Asia.

Examples of those companies include:

Below’s a chart showing the breakdown of Jardine Matheson’s 2019 underlying profit for a better understanding of its business: 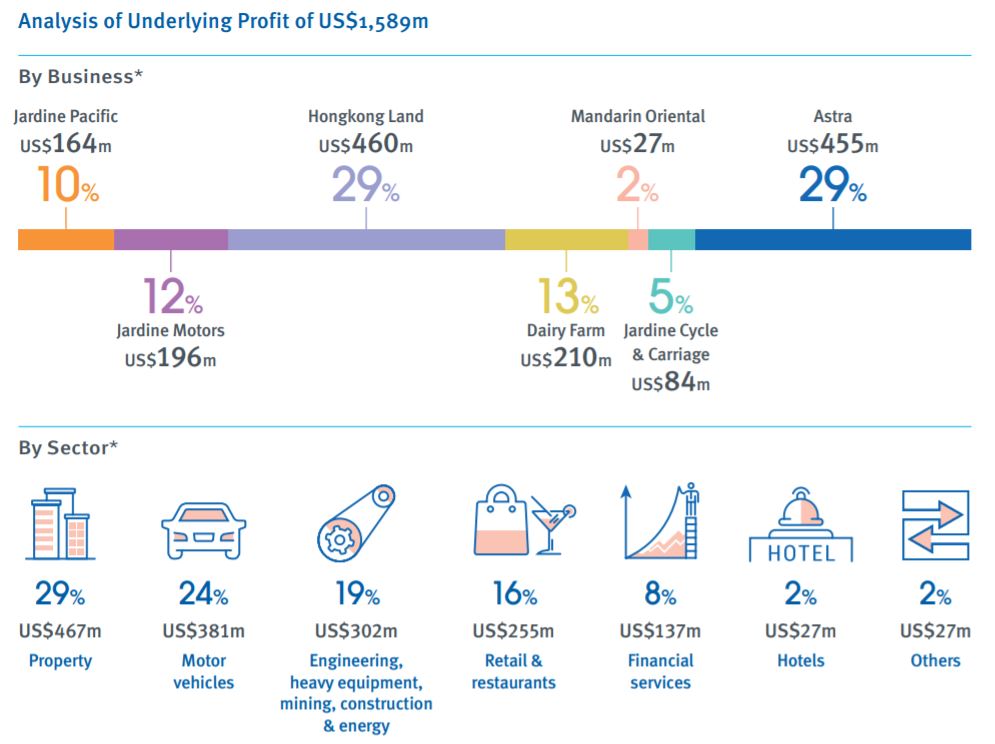 The following table shows Jardine Matheson’s key financial metrics from 2015 to 2019 (the company has a 31 December year-end):

Meanwhile, the conglomerate’s underlying net profit increased at a faster rate of 4.0% per annum, from US$1.4 billion to US$1.6 billion.

Underlying net profit excludes items such as fair value gains or losses on the revaluation of investment properties.

Also, the group’s dividends are well-protected as its dividend payout ratio has been around 40% only.

Major Risk for Jardine Matheson to Take Note Of

Hong Kong has been in the press for the wrong reasons lately.

Last month, the Chinese government bypassed the territory’s legislature to impose a national security law. That has sparked some furore from the international community.

The law comes hot on the heels of the anti-extradition bill protests that have rocked the territory since 2019.

If international investors become less confident about putting their money in Hong Kong and collectively pull out of the territory, Jardine Matheson’s business could be hit badly.

Over the last five years, Jardine Matheson’s share price has not been performing well, falling some 28%.

At Jardine Matheson’s share price of US$39.94 right now, the conglomerate has a price-to-earnings ratio of around 5 and a dividend yield of 4.3%.

Why not check out the SeedlyCommunity and participate in the lively discussion surrounding stocks such as Jardine Matheson Holdings Limited (SGX: J36) and many more!