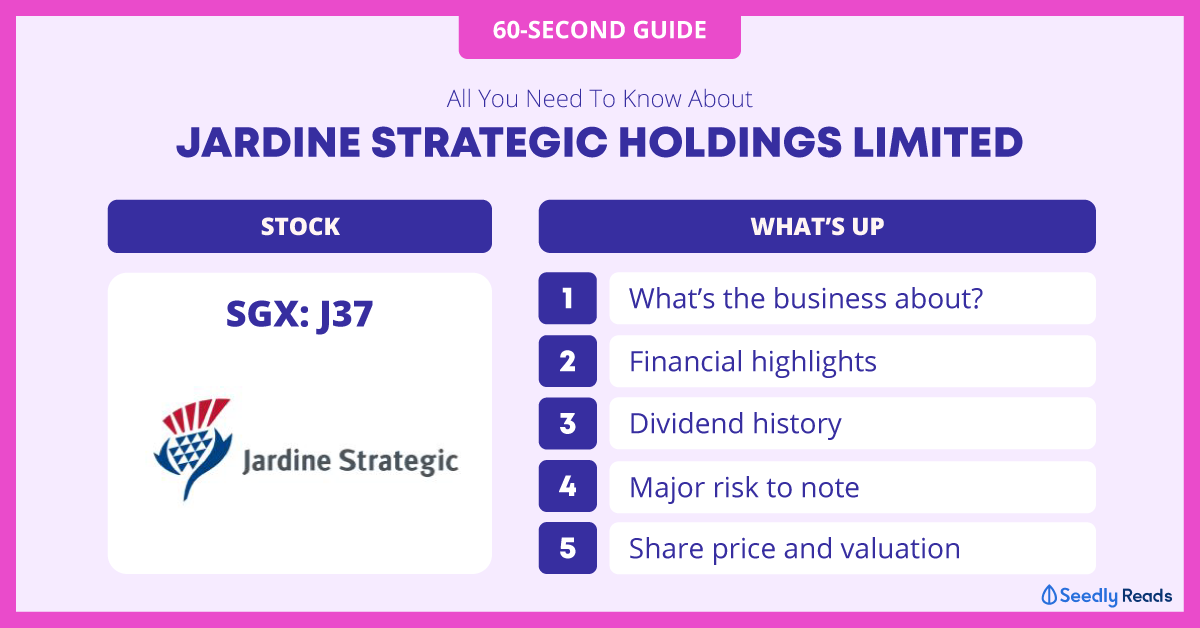 Right now, let’s explore the important things we should know about the conglomerate in a mere 60 seconds!

The following shows how much those businesses contributed to Jardine Strategic’s underlying net profit in 2019:

Now, let’s explore Jardine Strategic’s financial performance from 2015 to 2019 (the group has a 31 December year-end):

Jardine Strategic’s revenue grew from US$29.4 billion to US$32.7 billion over the past five years, translating to an annualised growth of 2.7%.

The group has room to increase its dividends further as its dividend payout ratio has been hovering at just 12%.

Major Risk for Jardine Strategic to Take Note Of

If investors are not confident about the future of Hong Kong with the negative press that’s going on, Jardine Strategic’s business could be badly hit.

Jardine Strategic has not performed well in terms of its share price, as it has fallen 34% over the last five years.

At Jardine Strategic’s current share price of US$19.61, it’s going at a price-to-earnings ratio of around 10x, a price-to-book ratio of 0.6x and has a dividend yield of 1.8%.

Why not check out the SeedlyCommunity and participate in the lively discussion surrounding stocks such as Jardine Strategic Holdings Limited (SGX: J37) and many more!