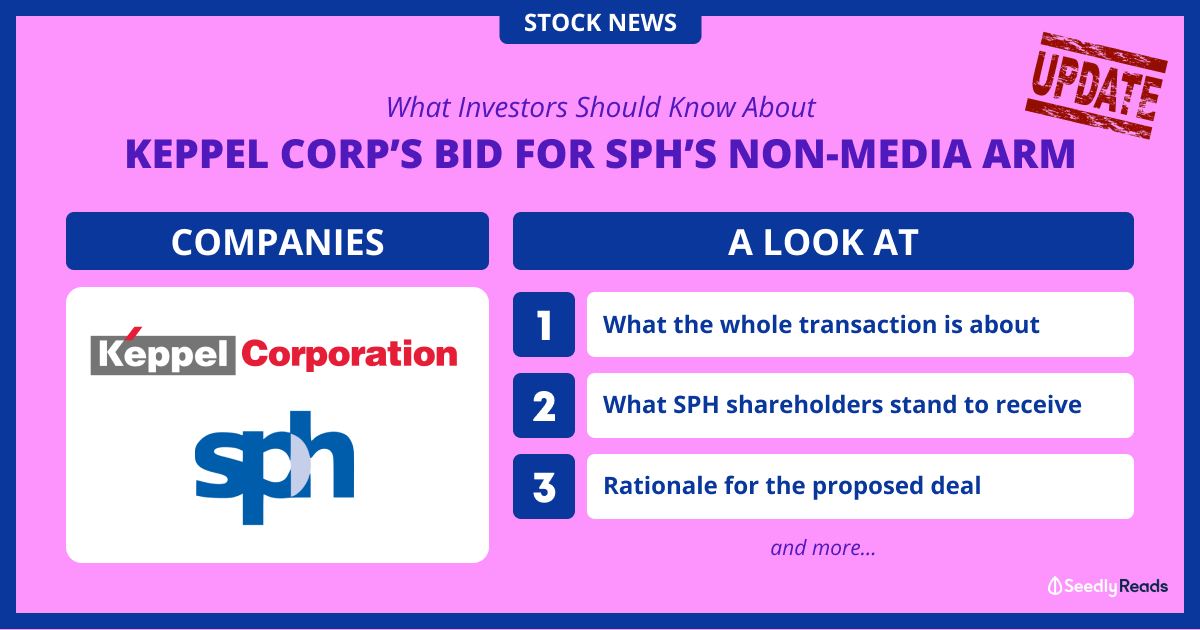 Update on 15 Nov: Cuscaden Increases Its Bid for SPH

Shortly after Keppel Corporation (SGX: BN4) increased its bid for SPH last week, Cuscaden Peak has upped its offer to at least S$2.36 per SPH share.

Previously on 29 October, Cuscaden offered an all-cash proposal of S$2.10 per share to acquire SPH.

The latest offer from Cuscaden is also higher than Keppel’s revised bid of S$2.351 per SPH share as announced last week.

Under the revised Cuscaden offer announced this morning, SPH shareholders have two options.

They can choose to receive either:

Here’s an illustration showing the various offers on the table:

In an announcement, Cuscaden said that SPH acknowledges that its offer is superior to the offer made by Keppel.

Unlike the Keppel offer, no additional approvals are required from the shareholders and consortium members of Cuscaden.

Cuscaden also added that it is working with SPH for the transaction to be completed by February 2022.

[Editor’s note: The article below was originally published on 2 August 2021.] 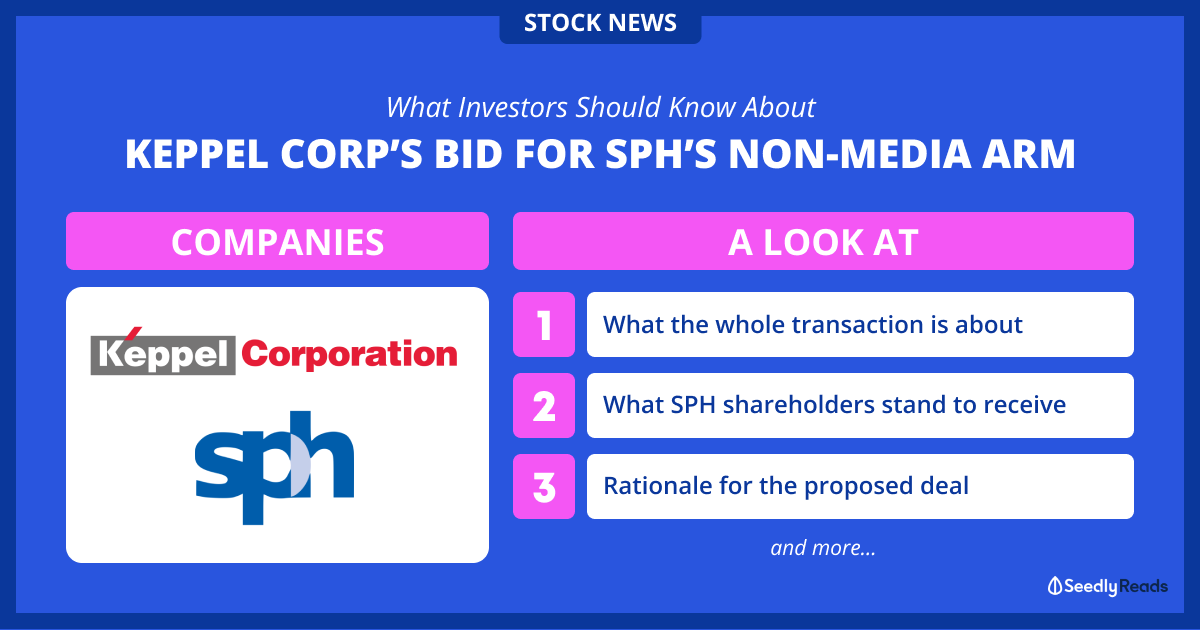 Here’s what you should know about the big announcement in just 60 seconds!

Keppel is looking to acquire SPH for S$2.24 billion through a scheme of arrangement. The deal will exclude SPH’s media arm and a part of SPH REIT (SGX: SK6U).

Keppel’s ultimate aim is to delist and privatise SPH, provided the proposed restructuring of SPH’s media assets goes through.

Under the proposed deal, here’s what shareholders will get:

Rationale for the Transaction

Keppel said that the acquisition will accelerate its Vision 2030 plans to become an integrated business providing solutions for sustainable urbanisation, with an asset management arm to fund its growth and provide a platform for capital recycling.

As for SPH, it said that the proposed deal is an outcome of the second stage of SPH’s strategic review, after the media business restructuring as announced on 6 May.

Timeline of the Transaction

The proposed transaction is subject to approvals by Keppel’s and SPH’s shareholders at their respective extraordinary general meetings by the end of October/November 2021, among other things.

The transaction is expected to be completed by the end of this year.

If the deal is approved, SPH will be delisted and will become a wholly-owned subsidiary of Keppel.

This is how Keppel will look like post-acquisition (it will exclude Keppel’s offshore and marine business, which is to be merged with Sembcorp Marine (SGX: S51), and Keppel Logistics):