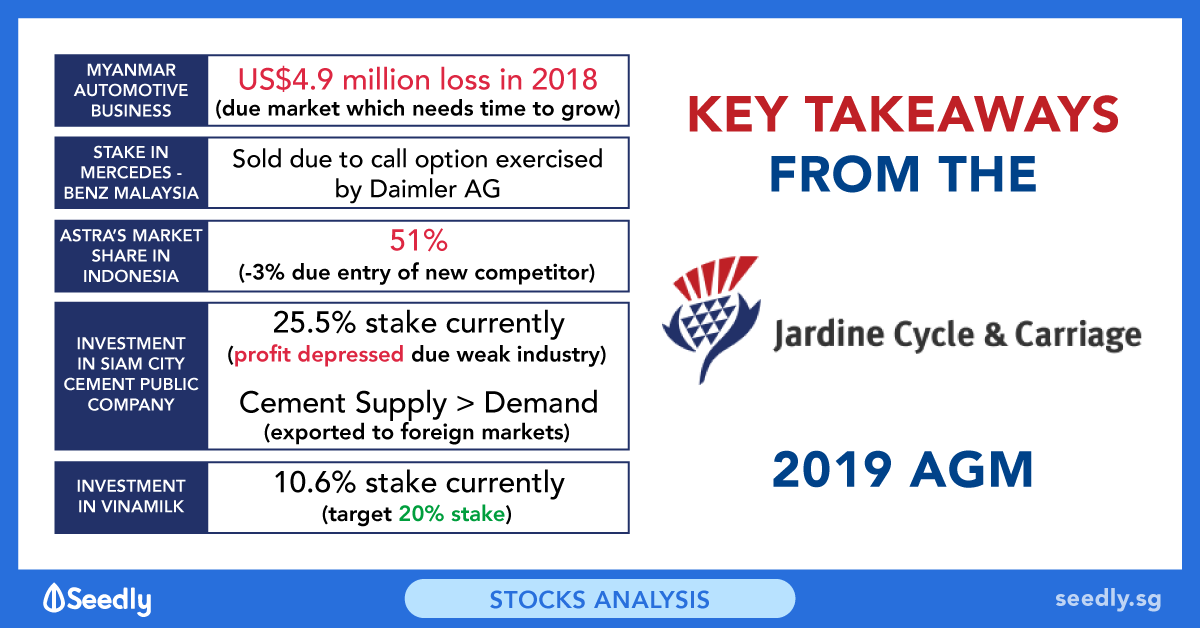 Most investors in Singapore should be familiar with Jardine Cycle & Carriage (SGX: C07) and the other Jardine-related companies. When I chat with investors about the Jardine group of companies, many of them will say they are well-managed and shareholder friendly.

The last Jardine C&C annual general meeting I attended was in 2017. At the last AGM, I left with a good impression of the management team and at how well-mannered the meeting was conducted. This year, I decided to attend the Jardine C&C AGM again to learn new updates and insights about the company.

Here are six things I learned from the 2019 Jardine Cycle & Carriage AGM.

A shareholder asked about the company’s automotive business in Myanmar which made an underlying loss of US$4.9 million in 2018. Managing director Alexander Newbigging explained that Myanmar only started opening up to the outside world in 2011/12. Before that, the new car market in Myanmar was literally non-existent as no new cars were directly sold in the country.

Cars were either secondhand or imported, and the automotive market was largely unstructured. As the country opened up, more structures were set in place to recognise official dealers and original equipment manufacturers. Jardine C&C has managed to secure the distributor rights for Mercedes-Benz and Mazda for Myanmar. The volume is still small in the country, but the business is close to being cash flow positive. The management views Myanmar as a good long-term prospect and the market needs time to grow.

In December 2018, subsidiary Cycle & Carriage Bintang announced that it would sell its 49% stake in Mercedes-Benz Malaysia back to Daimler AG for RM66 million. Newbigging said that the call option exercised by Daimler AG has been there for many years. Despite its stake, C&C Bintang did not have any voting rights or management influence in Mercedes-Benz Malaysia; it was just entitled to a fixed annual dividend of RM11.2 million. Newbigging assured shareholders that at the dealership level, there would be no changes in leadership and business is as usual.

Jardine C&C subsidiary Astra’s automotive market share in Indonesia declined from 54% to 51% due to the entry of a new competitor.

A shareholder asked about the rationale behind the company investing a 25.5% stake in Siam City Cement Public Company (SCCC).

The management said that cement and building materials are relevant industries as Thailand develops and becomes more urbanised.

SCCC has a 28% market share in Thailand and will benefit as more infrastructure is built in the country. The management also sees that SCCC as a well-managed company and Jardine C&C can help to regionalise SCCC’s business. Although SCCC’s profit has been depressed the past few years due to a weak Thai cement industry, the management is starting to see some green shoots of recovery.

Another shareholder asked about the oversupply issue in the cement industry in Thailand.

The management explained that Thailand has always had more cement supply than demand over the last 20 years and the excess supply is exported to foreign markets. 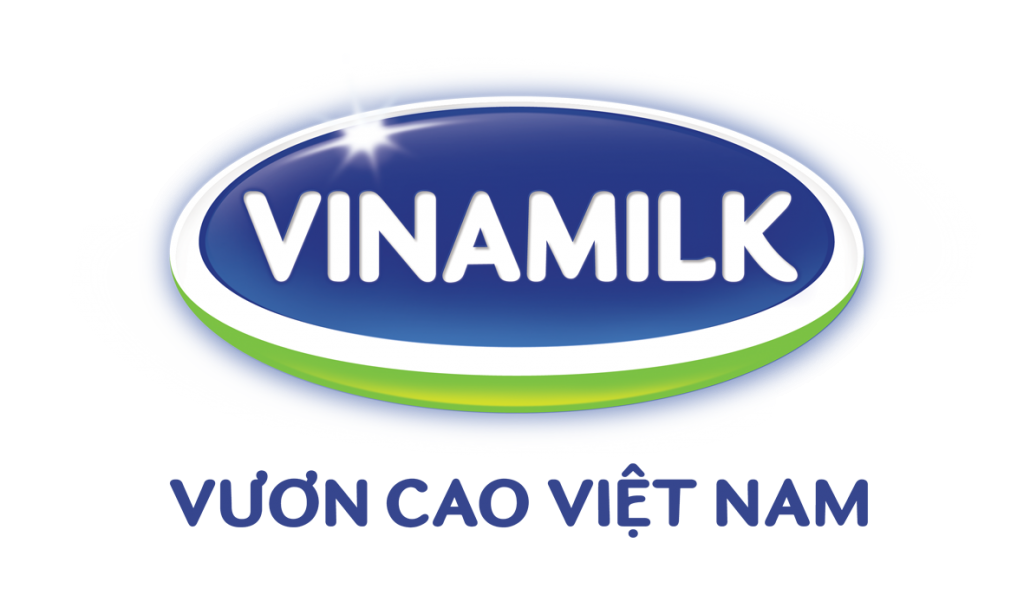 Jardine C&C currently holds a 10.6% stake in Vinamilk and intends to acquire more.

The management said that they normally target to acquire a minimum 20% interest in companies which are strategic investments for Jardine C&C.

Why not check out Seedly’s QnA and participate in the lively discussion surrounding stocks like Jardine Cycle & Carriage and many more!