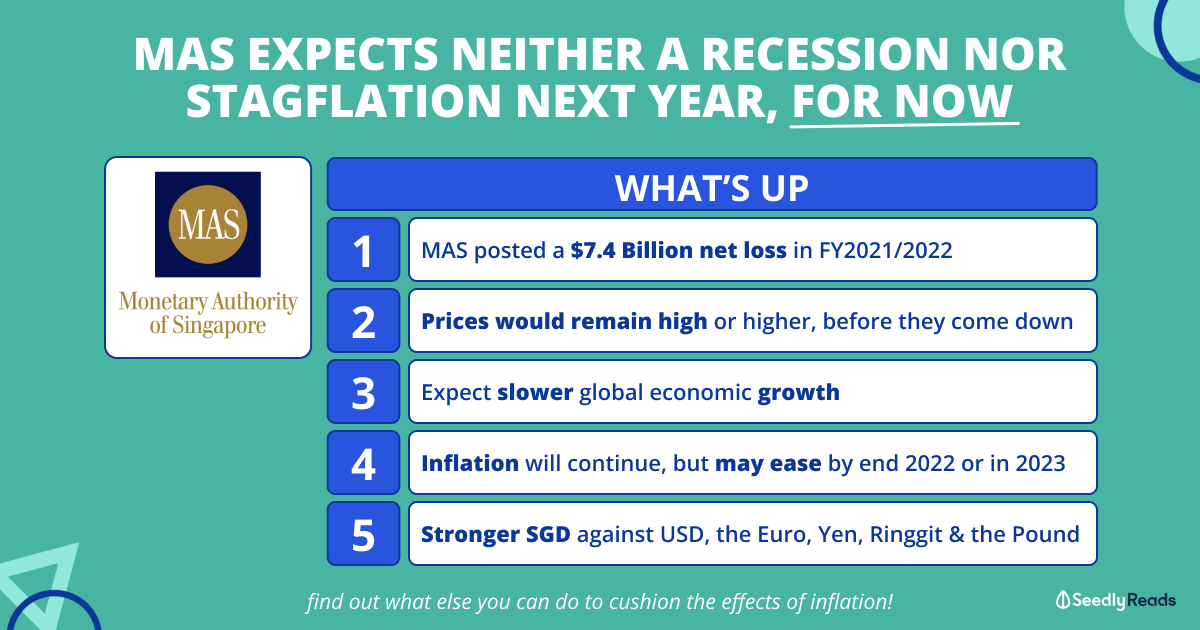 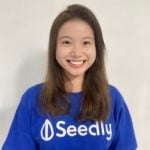 The Monetary Authority of Singapore (MAS) experienced a net loss of $7.4 billion for the financial year ended 31 March 2022 – the first time in nine years.

In the current financial year, MAS also said that Singapore’s economy is expected to experience slower growth, in the lower half of the 3.0 – 5.0% forecast range.

Don’t panic yet. In fact, this could actually be expected, as a lot of it has to do with inflation and its effects on the global economy.

Inflation is complex but fundamentally, we know that it affects prices and most often than not, it would be passed on to our consumption of food, petrol and energy.

So here’s what you need to know about the current situation and how you can hedge against them!

Reasons For The Net Loss of $7.4 Billion & Global Economic Outlook

MAS’ total expenditure increased to $2.8 billion due mainly to higher interest expenses on domestic money market operations, but the main reason for the loss was the strengthening of the Singapore Dollar (SGD).

A strengthening of the SGD resulted in a negative foreign exchange translation effect of $8.7 billion, which more than offset investment gains of $4 billion. This thus led to a net loss of $4.7 billion for Singapore’s Official Foreign Reserves.

From the chart below, you can tell that the SGD has appreciated (or strengthened) four times since October 2021.

For the uninitiated, a stronger SGD is believed to keep imported inflation at bay as a stronger SGD would potentially make imports cheaper and help to alleviate inflationary pressures.

While a strengthened SGD may tame inflation, MAS added that this would also mean a slower economic growth.

“The outlook for a gentle easing of inflationary pressures globally is also premised on strong monetary policy actions by central banks… A slowdown in economic growth is necessary to restore macroeconomic balance… Economic growth in Singapore is expected to moderate further in 2023 in tandem with the slowdown in our major trading partners.”

Thankfully, as of now, MAS expects neither a recession nor stagflation in Singapore next year.

However, there are considerable downside risks in the global economy which bear close watching and would have an effect on Singapore’s growth prospects.

These are the three scenarios highlighted by MAS:

Based on the above, the situation remains uncertain and the best way forward is to anticipate what’s next as ordinary Singaporeans.

What Can We Expect As Singaporeans?

1. Inflation Is Expected To Get Worse Before It Gets Better

Singapore’s core inflation is projected to increase to a peak of 4.0 – 4.5% in the third quarter this year before levelling off to about 3.5 – 4.0% by year-end.

While the current macroeconomic policies may cool off inflationary pressure near the year-end, this means that Singaporeans are likely to see even steeper price increments in the next few months.

So, maybe it’s time for you to check out some budgeting tips to beat inflation. 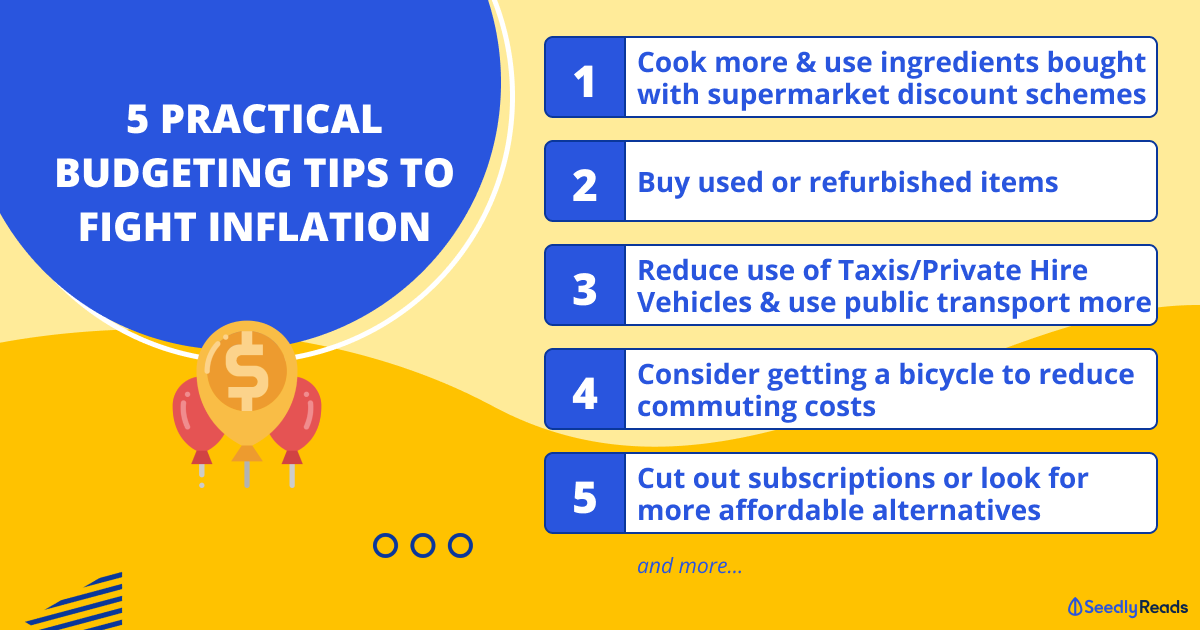 2. Job Vacancies Are at Record High Levels And The Financial Sector Experienced Growth

Based on MAS’ report, the total employment is still 2.5% below the pre-pandemic level – mainly because Singapore lost 15% of its non-resident workforce since December 2019.

This means that more jobs are available in the market now!

The finance industry as a whole has also experienced a growth of 7.4%.

This is mainly due to an expansion in banking, insurance, asset management and payment services, and Fintech investments hit a high of US$3.9 billion. The past year also recorded a net creation of 4,300 jobs in financial services.

This might seem slightly unconventional, but if you’re planning a trip this year and have not decided where to go, you may want to consider these destinations.

Typically, currencies from these places are stronger, but with a stronger SGD now, this means you can buy these currencies at cheaper rates.

Just looking at numbers alone, the SGD has strengthened 4% against the British Pound, 5% against Euros, 0.9% against USD, 3.17% against Ringgit and 9% against the Japanese Yen.

What Else Can I Do To Cushion The Effects of Inflation?

We’re living in a challenging era and apart from budgeting and cutting down on expenses, there are more things you can start doing to cushion the effects of inflation.

The first step is to negotiate for higher pay.

If you haven’t done so, you might already be losing out.

Any increment that’s less than the core inflation for the year would mean that you are technically getting a pay cut as your purchasing power has shrunk due to inflation.

So, here’s a step-by-step guide on how to negotiate a pay increase: 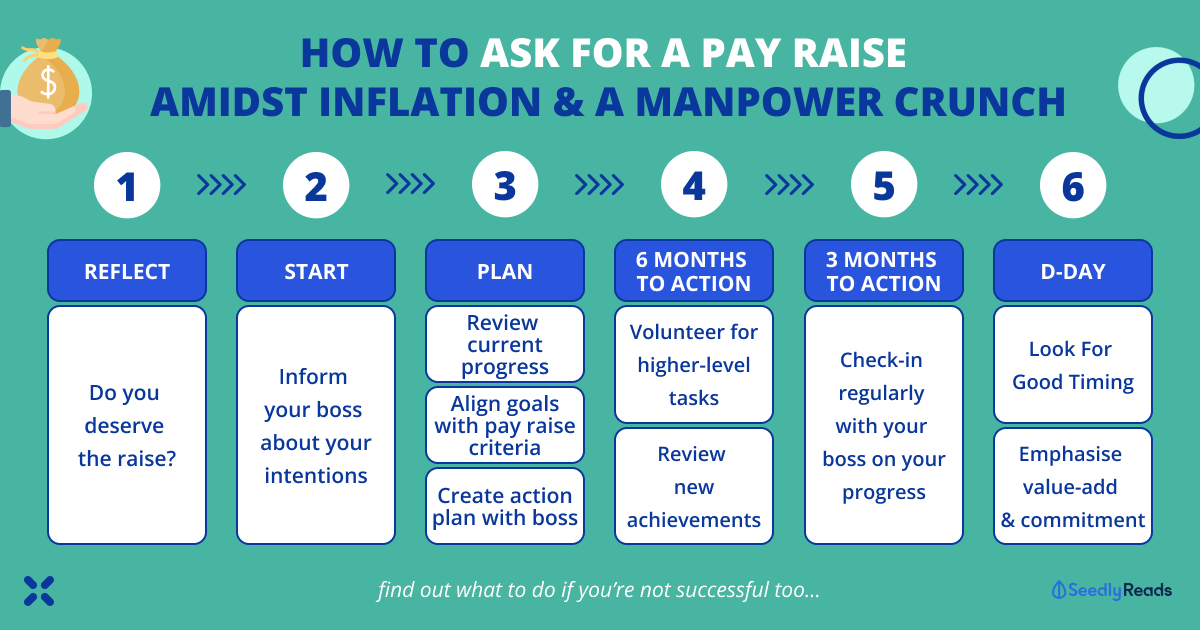 The second step is to start investing.

We have all learned that putting our money into a savings account doesn’t help us to earn much as we will only be earning a base interest of 0.05%. By investing, at the very least, you’ll be earning much higher interest rates.

But, do note that you should only invest when you’re ready, and understand that you might risk losing your capital in the process.

Similarly, you should also account for the inflation-adjusted rate of return too.

If you need somewhere to start, you can refer to a beginner’s guide and things to do before investing! 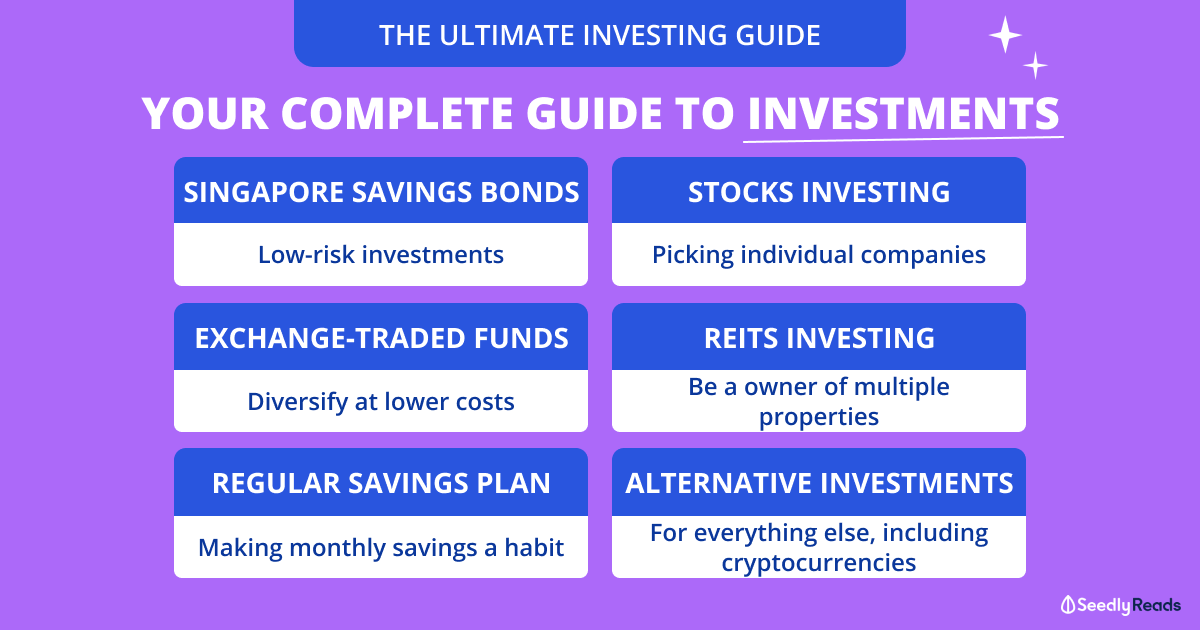 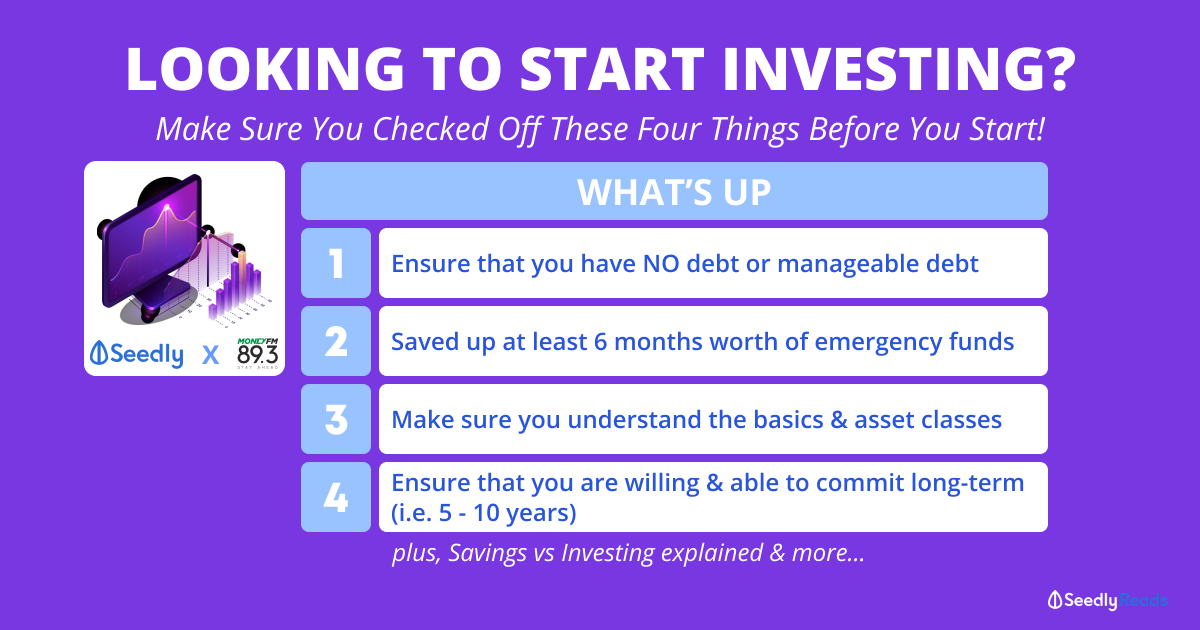 Disclaimer: The information provided by Seedly serves as an educational piece and is not intended to be personalised investment advice to buy or sell any investment product. ​Readers should always do their own due diligence and consider their financial goals before investing.