Should A Minimum Wage Policy Be Introduced for Singapore's Low-Wage Workers? Should A Minimum Wage Policy Be Introduced for Singapore's Low-Wage Workers?

Let’s be clear: this debate probably isn’t about you or me. It’s about the largely invisible low-wage workers that slip between the cracks, their voices unheard and faces forgotten.

They’re the hands that have built our impossibly shiny skyscrapers, and the ones that keep our parks and streets manicured.

Sadly, their lives – both at and outside of work – are hardly a reflection of the average Singaporean’s.

Even writing this induces feelings of discomfort; as a middle income Singaporean who’s enjoyed financial stability all my life, who am I to argue my case?

Yet the need to remains pressing; discourse encourages conversation which, at the very least, could fuel some form of awareness.

WIS and the Progressive Wage Model: Are They Enough? Low-wage workers aren’t unique to Singapore — but their circumstances are shaped and limited by systems or schemes put forth by the Government.

These schemes — which conspicuously exclude foreign domestic workers — were introduced in 2008 and 2012 respectively, to ensure those whose earnings sit in the bottom 20% remain employable. At present, that comprises close to 440,000 Singaporeans.

By helping Singaporean workers acquire the skills needed to attain higher pay, the WTS scheme ensures local low-wage workers remain employable. This comes in addition to WIS, which includes cash and CPF top-ups for those aged 35 or older who earn under $2,000 monthly. (Come Jan 2020, the qualifying cap will be raised to $2,300.)

It’s a clever way of ensuring those in the lower income bracket are protected in retirement, although the maximum annual payout is capped at $4,000 for employees, and $2,667 for the self-employed.

Here’s the other thing: the Government funnels almost $1 billion annually into its Workfare schemes to bridge the household income gap — an amount that’s offset by foreign worker levies*.

Though that isn’t the primary intention of foreign worker levies per se, levies collected for the financial year ended 2011 amounted to $2.5 billion, according to then-Acting Minister Tan Chuan-Jin.

Which then brings to the fore the debate surrounding minimum wage: should it be enforced, and why?

*For the uninitiated, companies that hire foreign workers are required to pay a monthly levy for Work Permit holders in place of CPF contributions.

The Low-Wage Trap: An Inescapable One?

The point of contention surrounding minimum wage isn’t a singular argument pegged to why it hasn’t been introduced — but also how it might impact the Singapore economy.

Presently, Singaporeans and PRs in full-time employment are protected by the Progressive Wage Model, which ensures these workers are provided a minimum monthly salary of $1,300 — and enjoy gradual salary increment. The model was introduced in 2012 with the aim of preventing stagnating wages for workers in the cleaning, landscape and security sectors.

Much as I’m all for progressive wages, it begs the question of whether the imposed minimum wage — $1,300 — is sufficient for a low-wage worker to get by comfortably.

(My answer would intuitively be no, particularly when you factor in rising transport costs, the impending GST hike and fluctuating electricity tariffs.)

To put things in perspective, let’s assume Mr Tham is a 61-year-old  Singaporean and full-time security officer who draws a monthly salary of $1,500. He’s also eligible for the maximum payout of $4,000 annually, and is covered by the Progressive Wage Model.

It’s easy to see a monthly income of $1,833 is hardly enough, and well below the average monthly household income of $2,521  for those residing in 1- or 2-room HDB flats.

To increase his value as an employee, Mr Tham then enrols in a SkillsFuture course using the $500 credits given to Singaporeans aged 25 or older. This could ultimately mean higher pay for him in the long run — except it’s a waiting game.

At 61 years old, he also runs the risk of being forced into retirement within the next year. It’s tricky putting a price to labour, particularly when salaries vary so vastly across the job industry. Minimum wage is tied to a country’s standard of living. Essentially, a low-wage worker would be able to comfortably afford the necessities; rent, food, utilities, public transport, and the like.

Countries like Australia and New Zealand impose minimum hourly casual wages of AUD19.49 and NZD17.70 respectively — and though many businesses regularly flout these standards, wage theft victims are protected to some extent by trade unions.

Instead, SkillsFuture — which falls under Workforce Singapore — is a starting point for the unemployed or retrenched to boost their employability, whether through courses or with the help of training grants.

While I’m all for SkillsFuture (not a sponsored post, I promise), $500 in credits can only go so far. A low-wage worker would struggle to cover the difference in cost — and so be less likely to even consider enrolling in a programme. Instead, credits should be accorded based on an individual’s income. But I digress.

The introduction of a minimum wage policy in Singapore would narrow the income gap for low-wage workers and ultimately force companies to innovate, rather than rely heavily on grants and cheap foreign labour. 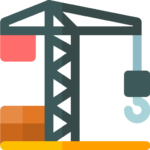 Yet introducing such a policy also comes with risks: one, of more businesses closing down, and two, of an increase in unemployment. It hardly bodes well for low-wage workers or the economy, particularly in an export-reliant city like Singapore, where natural resources are minimal.

So, yes: minimum wages might serve as an impetus for more workers to upgrade their skills, given they’d no longer be living below the line.

But perhaps the irony — and reality of it — is workers could end up losing their jobs more easily, or that businesses would find underhanded means of flouting the policy.

The very thing whose purpose was to serve low-wage workers could ultimately hurt them.

In Australia, about 13.2% of its residents live below the poverty line, in itself defined by families whose monthly income is less than half of the nation’s median household income. A minimum wage policy could work as a guideline, but actually enforcing it would take more than simply passing a law.

Which then begs the question: would Singapore be able to run as smoothly with a fraction of the low-wage workers currently in employment? Of the 1.4 million foreign workers in Singapore, over 500,000 are foreign domestic workers or in the construction sector.

It’s telling how reliant we are on foreign labour.

Increased wages and fewer workers would mean lowered productivity and, ultimately, higher business costs that would trickle to consumers like you and I.

Minimum wages are the ideal, but for all intents and purposes, it could well undo much of what’s made Singapore flourish. Are we prepared to pay the price if that day comes?