Which TV Streaming Service Is The Best? Disney Plus vs Netflix vs HOOQ vs Starhub Go vs HBO and More

Which TV Streaming Service Is The Best? Disney Plus vs Netflix vs HOOQ vs Starhub Go vs HBO and More

Walao… Where did the time go sia… I just Netflix-ed my whole weekend away.

Oh, how popular alternative TV subscription plans are that they became a verb you use unknowingly in your everyday life.

Gone were the days where we have to make sure we are home by 7pm every day to tune in to Mediacorp’s Channel 8 to catch The Little Nonya on television.

Or #Okto (or Kids Central for some of you) to catch the next episode of Avatar, The Last Airbender.

Even though Netflix is a homegrown name by now, it isn’t the only TV streaming service available in Singapore.

Yep. There are options like HOOQ, HBO Go, Toggle, Viu, and more…

So, which is the best tv streaming service available in the market right now?

Which is the cheapest tv streaming service?

And most importantly, is there a free trial?

TL;DR: Which Is the Best TV Streaming Services in Singapore?

Viu Free is the only streaming service that is free to use.

The cheapest streaming services are Amazon Prime Video ($2.99 per month) and HOOQ ($2.92 per month).

At $2.99 a month, Amazon Prime Video is one of the cheapest streaming services in the market.

So I guess you can’t complain if Prime Video does not offer as many TV shows and movies as say… Netflix does.

However, you’ll still find a healthy library of Amazon Originals like The Grand Tour, The Man in the High Castle, The Marvelous Mrs. Maisel, and Jack Ryan.

If you already have an existing Amazon Prime subscription (for groceries, for example).

Then you might want to consider getting Amazon Prime Video since it’s about the price of a plate of chicken rice for now.

Prime Video allows you to stream on three separate devices at once.

Note: Depending on your location, you can download 15 to 25 Amazon Prime titles to watch offline anytime. Making it an ideal companion for long flights where the in-flight entertainment sucks.

Like Amazon Prime Video, Apple TV Plus probably has one of the smallest libraries amongst all the streaming services.

But as with anything new, you have to give them time to accumulate stuff which people will want to watch.

Some Apple TV Plus shows include:

Pro-tip: to save big, you can share the monthly subscription of $6.98 between six different family members or friends — each with their own unique Apple IDs — through Family Sharing.

Note: if you buy a new Apple device, you can get a free year’s subscription of Apple TV+. You just need to activate the subscription after setting up your device.

After Netflix, Disney Plus is probably the next biggest household name.

Unfortunately, this streaming service is not launched in Singapore yet (c’mon Disney!).

If you’re wondering what to expect from Disney Plus, the streaming service has a ton of movies and shows to stream from:

Disney Plus Price Plans in Singapore

Disney Plus hasn’t been officially launched in Singapore yet, but here are the indicative prices in USD.

At USD$6.99 per month, which translates to a little less than $10 a month, it’s actually a pretty good deal! 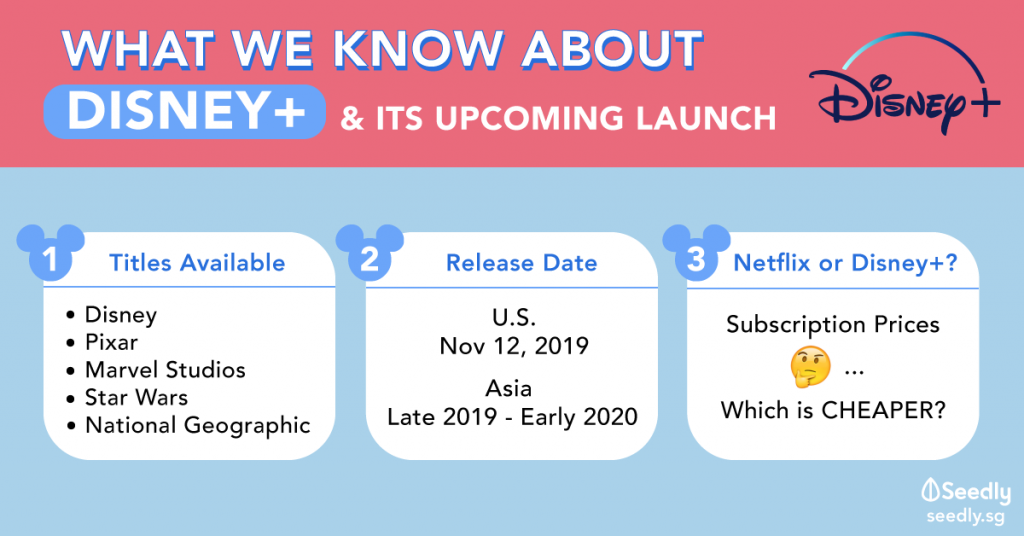 Note: there will probably be some adjustment to the final prices due to the levy of Goods and Services Tax (GST) on overseas digital services starting 1 January 2020.

If you love trashy reality TV, then you’ll appreciate hayu.

From Real Housewives to Keeping Up With The Kardashians, hayu is sure to give you your daily dose of gossip and drama.

With HBO GO, you’ll get to access to Hollywood movies and blockbusters through:

You also get access to HBO original series such as Watchmen, His Dark Materials, and… Game of Thrones!

But if you’ve already watched all eight seasons, then I guess this isn’t much of an incentive.

There are other series like The Sopranos and Westworld though if you’re into those genres.

Other than that, you’ll probably be catching up on blockbusters you missed throughout the years or rewatching old favourites like Harry Potter and Lord of the Rings.

In case you’re wondering, Toggle will be renamed as meWatch from 30 January 2020.

HOOQ is a regional video streaming provider with a library that includes Hollywood and Asian shows.

They’re not as large as Netflix, but it’s pretty decent as you get access to shows like Gotham.

You can also rent movies — the newer stuff that’s just released not too long ago.

The coolest thing about HOOQ?

It allows you to download up to five videos — if you’re using the app — so you can watch them offline while on a budget flight to a weekend getaway in Bangkok.

There’s a slight difference between iOS and Android subscriptions.

The subscription for Apple users will follow the calendar month and year.

Some popular ones include:

Unfortunately, there’s legal no way to watch Netflix for free without paying for the subscription service.

But at the very least, there are some Netflix hacks to help you get the most bang for your buck! The thing about Netflix is that they have pretty awesome original content.

However, because they only stream their own stuff and whatever movies or TV series which they have the licence for.

It means that you’ll have to wait a while for your favourite Netflix shows to come back with a new series (if any).

Or for them to get the licence for your favourite TV series before you can catch it on Netflix.

If you noticed a change in Netflix price plans since 2019…

It’s because of the first-ever price hike announced by Netflix since they entered the Singapore market in 2016.

And it’s not thanks to the GST which was imposed on overseas digital services.

I know what you’re thinking.

To be fair, our parents and grandparents still watch (and love) local TV.

And if they can’t wait till the next episode of whatever Mediacorp drama it is that they’re chasing, Toggle Prime allows them to catch it in advance.

Note: Toggle will be renamed to meWATCH on 30 January 2020

Interestingly, an annual subscription to Toggle-HBO GO ($10 a month) is a cheaper option than just getting HBO GO direct or via Singtel or Starhub ($13.98).

Ah… the Asian equivalent of Netflix.

On Viu, you can find:

It’s basically where I would go for all of my K-drama needs.

Until I use up my free benefits and have to wait patiently for them to reset.

So What About Singtel and Starhub?

You’ll notice that all of the earlier listed streaming services can be subscribed to independent of other subscription services.

Although in some cases, you’ll get a better deal if you’re a Singtel or Starhub user.

Yep, the telcos are still in the streaming service game and they’ve packaged their services in a different way to appeal to a more tech-savvy crowd.

Gone are the days where you have to pay for a cable TV subscription package, which includes 20 other channels you don’t watch, just to get the one you want.

Rather, you get access to various streaming services and channels on-the-go. 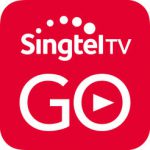 Think of this as an app that allows you to bring your favourite TV channels everywhere you go.

Singtel CAST consolidates all other streaming platforms like HOOQ, Netflix, Viu, and etc. in one app.

They also promise lower monthly subscriptions and everything is consolidated in one Singtel bill. 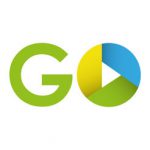 If you’re a Starhub customer, you have Starhub GO — which is kind of like Singtel GO.

The coolest thing about Starhub GO is that you can stream your shows without any data charges if you’re a Starhub postpaid customer.

So even though I’m bummed that there’s no Netflix, being able to stream shows without any data charges is a life-changing experience.