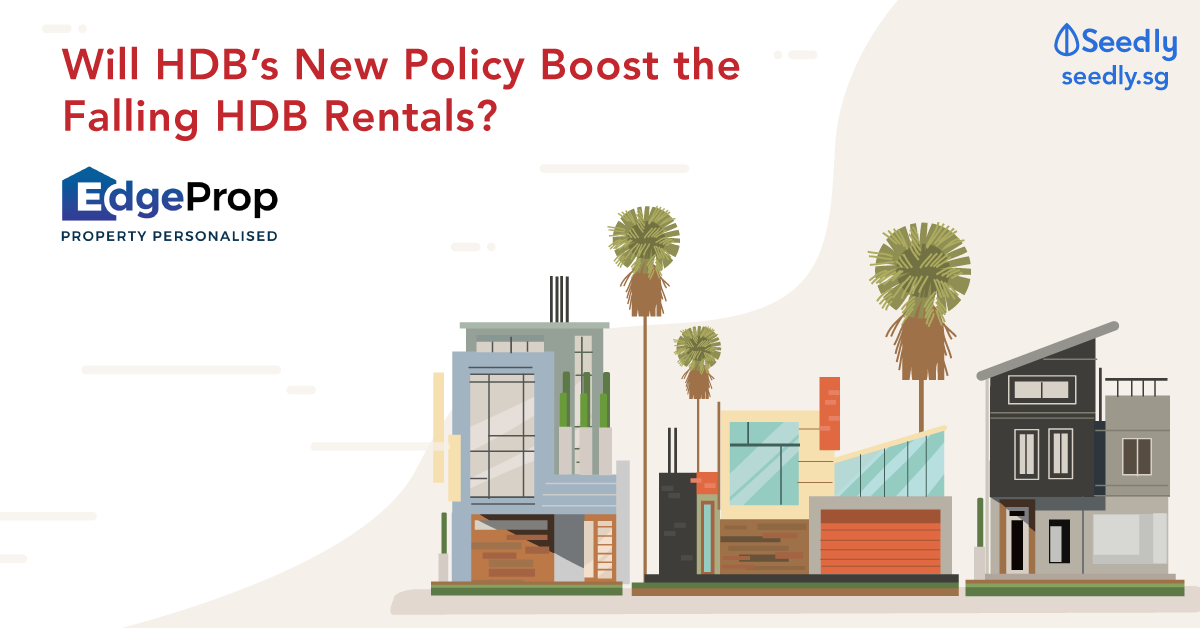 Starting January 1, 2019, flat owners will be allowed to rent out their flats or bedrooms to non-Malaysian non-citizen tenants for a maximum of two years, up from the current 1.5 years, the Housing and Development Board (HDB) said on Tuesday (December 18).

According to HDB, this revision will offer flat owners greater flexibility to secure a long tenancy period with non-citizen tenants who may have work or immigration passes that are valid for a longer period of two years.

The maximum tenancy period where all the tenants are Singapore Citizens and/ or Malaysians remain unchanged, at three years.

HDB added that flat owners who are currently renting out their flat or bedrooms to non-Malaysian non-citizen tenants with HDB’s approval may continue to do so for the remaining approved duration.

HDB rentals have been on a downtrend between 3Q2017 and 3Q2018. Based on HDB data, the only towns and unit types that saw an increase in median rents within this duration were: 3-room flats in Serangoon, and 4-room flats in Marine Parade and Punggol (as shown in the table below).

The figures are based on rent declared in the application forms and rounded off to the nearest $10.

How will a longer maximum tenancy period affect HDB rentals?

In the short term, the move to extend the maximum tenancy period for non-Malaysian non-citizen tenants is expected to have minimal effect on the HDB rental market, says Alan Cheong, head of research and consultancy at Savills Singapore.

“This is because an increasing number of these tenants are here on contract jobs or for short-term assignments and are more likely to opt for shorter leases,” Cheong explains.

Meanwhile, Christine Sun, head of head of research and consultancy at OrangeTee & Tie reckons that the revised guidelines could be good for both tenants and landlord in the long run.

“The revised tenancy period to two years may be changed to better coincide with the housing needs of non-citizen tenants who are employed for two years. These tenants will no longer need to look for alternative housing after 1.5 years, which is the maximum tenancy period prior to 1 Jan 2019,” she tells EdgeProp.

“However, the impact of the revised policy may only be felt much later as tenants may still prefer a shorter lease period in the current market where rents tend to be more competitive.

But when the rental market recovers, tenants would appreciate having the flexibility of securing a longer tenancy period to lock-in the prevailing rental rates. Landlords would also generally prefer signing longer leases where possible,” says Sun.