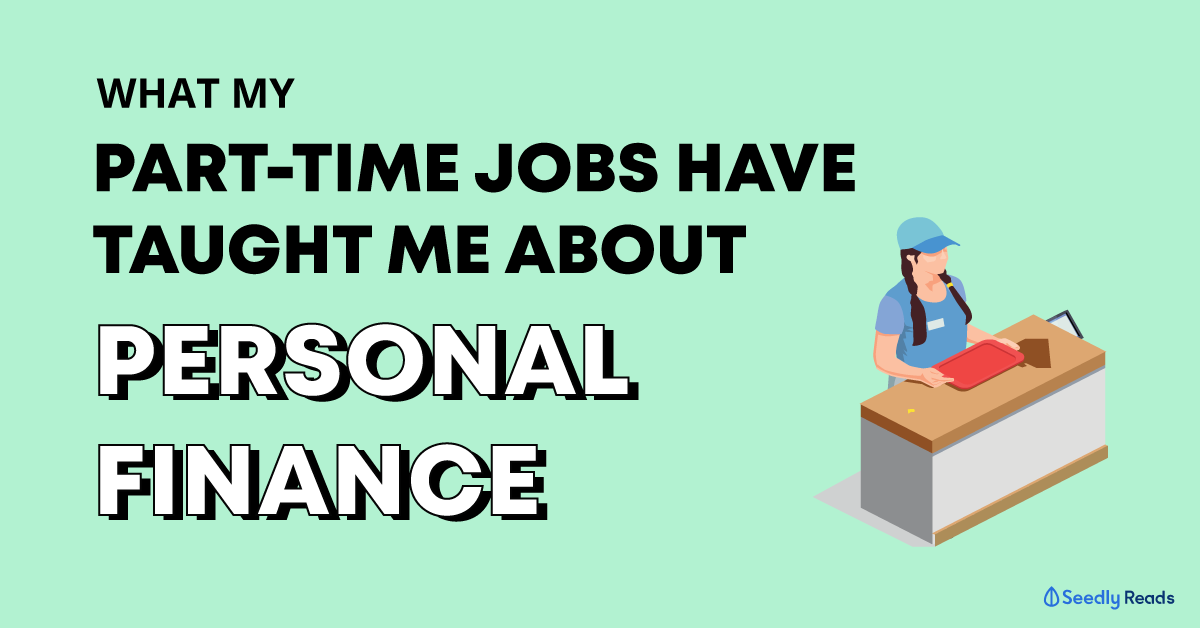 One fine afternoon, I decided it was time to Marie Kondo my emails.

Sticking to my old email address meant a mountain’s worth of emails, and also meant that a digital time capsule has been unknowingly created.

I scrolled past job applications dating back to several years ago. I had a good laugh when I came across some old resumes (which I spam forwarded to various recruitment agencies), remembering how different life used to be.

I begin spiralling into my world of thoughts, thinking how these little bits of experiences speckled through my life’s journey, has shaped me into who I am today.

Back then, the idea of earning money was very foreign and exciting.

I had no concept of money. All I knew was the collecting of my weekly allowance.

So when I was first introduced to the world of exchanging my hours for cash, I was more than excited to do so.

I held the red banknotes proudly whenever I received my pay.

I’ve also never heard of any jobs which paid more than $6/h back then. If anything, I kinda felt like a high earner.

I remember clearly what I learnt back then.

Lesson #1: Having a specialised set of skills would be able to propel you further in terms of your pay.

This skill set gave me bargaining power, and allowed me to have an edge over my peers.

My second job happened when I was 16. I was fresh out of sec school, having completed my O’s.

Back then, the common way to find a job was through the rummaging of classified ads. After scurrying through several pages, my friend and I settled for one.

We got to the place in the afternoon, and were employed on the spot.

This was an F&B establishment which paid us $5.50/hour. A stark difference from my first job, but the thought of dishing out noodles with my friend didn’t seem all bad.

We survived through terrible CBD lunch crowds, struggled with stacks of bowls and cups, and held grimy table towels as our weapons.

Any money earned was in exchange of our sweat and tears, and definitely didn’t come easily.

But I had a goal in mind – to purchase that DSLR I’ve had in mind for months.

Lesson #2: It is okay to spend on things which are of value to you, and the key to financial balance is to both save and spend with intention.

My DSLR is still functional today. It has accompanied me through years of memories, bringing me through photo competitions such as ones organised by Canon too!

P.S. There was no internet banking back then, so I remember trembling as I carried $1150 to the store. Memories indeed!

After A’s, I took up 3 separate part-time jobs while awaiting for University.

The first was an admin assistant at an international school, which paid me $7/hour.

I was initially elated, given that it was a stone’s throw away from my place.

However, the job turned out to be extremely different as initially promised, as it moulded into a real-life nightmare.

I decided to leave as it wasn’t worth it, but realised that they have set unreasonable terms to a contract I’ve unknowingly signed for.

Long story short, I managed to escape from the clutches of the company.

It was a traumatising experience for sure.

Lesson #3: While earning money is important, your mental health is much more important. While it is good to be challenged at work for growth, trust your gut feeling when something feels terribly wrong.

Don’t bend for money until you break.

Another firm I worked for was a reputable private bank, which paid me $7/hour as an admin assistant.

Damn, that job opened up my eyes to the world of the rich.

I remember going through lists of clients and their wealth, completely shocked by how rich people could be.

I never knew people could stash millions in a bank. I was obviously an oblivious child, but that was indeed something not found in my dictionary.

That was when I realised that they will always be people who are ahead of you.

Lesson #4: There’s no end to comparison. There will always be people who has higher figures, and seem to be ahead in their finance game.

However, do remember that true costs and sacrifices are made. We might see one’s financial success, but we do not see the late nights, the failures, and the pressure too.

While I admit it is sometimes difficult, I make it a point to focus on my own progress, and celebrate my own achievements. 🙂

My last job before University started saw me manning the photo booth at NUS graduation ceremonies. I was part of the team selling graduation photos, which also earned me $7/hour.

It was pretty fun seeing graduates streaming out everyday, and getting to congratulate and interact with some of them.

This experience was memorable because I managed to get not one, but two internship opportunities through casual conversations with strangers like that.

Upon hearing my course of study, these kind strangers offered me their namecards as they were working in companies which were in line with my degree.

Lesson #5: The value of a job is often more than just monetary. Sometimes, a lower-paying job might create more value for you in the long run.

That being said, it definitely takes privilege to be able to deliberately choose a lower paying job which potentially creates more opportunities.

What I’ve learnt is that whenever it’s possible, it’s also imperative to consider other factors besides money.

During University days, I held a few more part-time jobs. I’ve tried my hand at being a retail assistant, a banquet server, and for the longest time, a tuition teacher.

My stint at Cotton On ($7/hour as well) gave me a whole new perspective towards the world of retail, and also newfound respect and appreciation towards retail staff.

I’ve had days where I reported to work when the mall was still dark, and also nights where I had to dash to the MRT station to catch the last train.

Being in this field also meant meeting the worst type of customers. It also meant being placed into anxiety-inducing situations, like doing cashier duties with a wonky system and a long line in front of you.

I realised that I started counting my expenses in terms of hours.

That plate of hokkien mee I just had? I worked 0.5hours for that.

It subconsciously made me budget my head off, and I made myself justify for anything I wanted to purchase.

Lesson #6: Budget, budget, BUDGET. Try to sleep on before making a purchase which is potentially impulsive.

Being a banquet server was sh*t.

It gave me $8/hour, slightly higher, but still.

The worst was being russian roulette-d to the VIP tables, where extra *TLC* had to be given to the guests.

I hobbled around with huge, hot and heavy ceramic plates, dashing in and out the doors, and tried my best at portioning fish.

I remember a guest telling me “It’s okay ah girl, we do it ourselves.” when we reached desserts.

He must have seen my soul leaving my tired body.

Lesson #7: Similar to Lesson #4 – if the trade-off is too huge (this time round, physical fatigue), stick to something which is more feasible.

Last but not least, as any other University undergraduate would, I picked up tutoring.

Tutoring, as expected paid the best at $15-20/hour (though the rates are much higher now).

And wow, I kinda chiong-ed for this.

I had an average of 3-4 students per week, earning me pocket money which was sufficient to pay for my hall accommodation, my daily allowance as well as summer studies.

Even though I was earning the most at that point of time than I ever had before, I made sure to be extremely prudent, and set monthly saving goals.

Lesson #8: Set personal financial goals for yourself. It makes you feel more financially responsible, and you’d feel great achieving them.

Also, save before you spend, and spend within your means.

Looking back, I’ve unknowingly picked up a number of life lessons through my part-time jobs, which has helped shape how I viewed personal finance today.

I no longer see this topic as something intimidating, as I did 10 years back.

What has your experiences taught you about personal finance?