Pets With Jobs: How Much Can Your Pet Earn as a Petfluencer?
56
shares 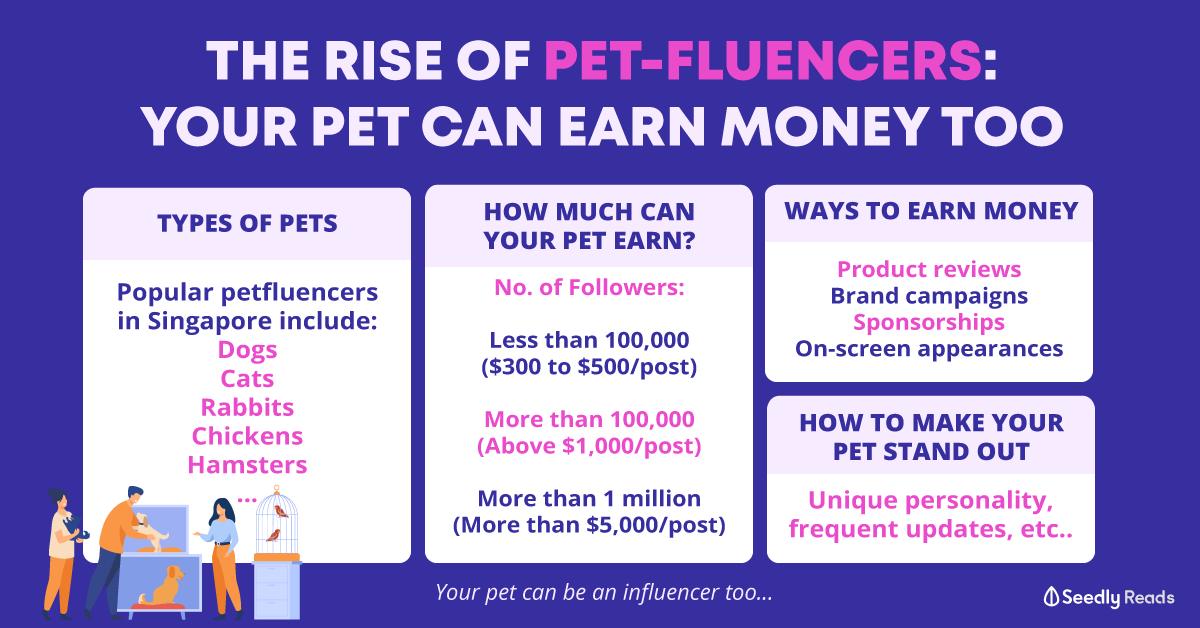 Just ten years ago, the term ‘influencers‘ was almost unheard of.

Sure, we had our pioneer bloggers back then, but who knew that it would become such a lucrative career today? 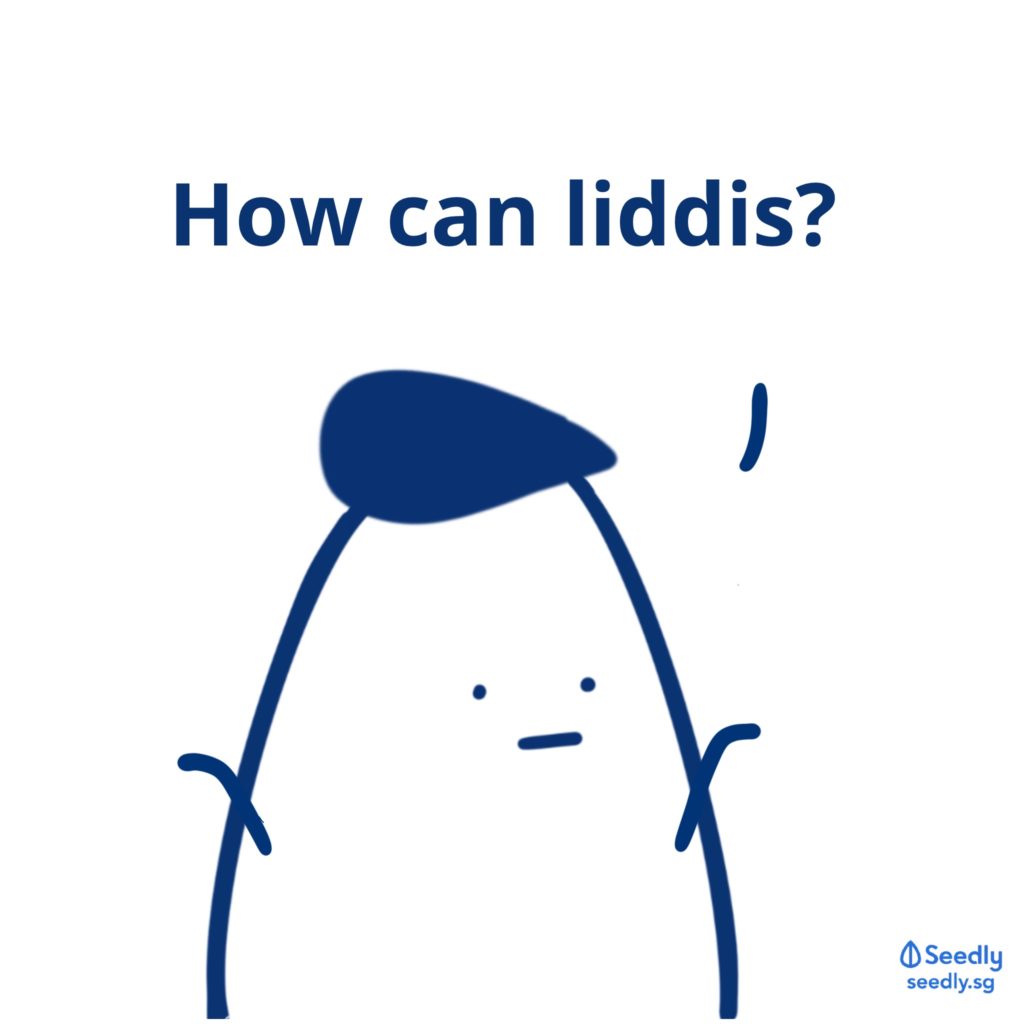 While I envied how some of them are able to pocket a month’s worth of salary by posing photos of them casually strutting down the streets, I knew it was not something that’s possible for me.

For I didn’t have the pre-requisite to becoming an influencer:

Which is to win the genetic lottery.

If you’re like me, not all hope’s lost because you can still fulfil your influencer dreams!

TL;DR: The Rise of Pet-fluencers: Your Pet Can Be an Influencer and Make Money Too

The Rise Of Pet Influencers

Not only humans can be influencers in this day and age.

Many of our four-legged friends have been propelled into the spotlight, with some of them garnering a strong following of hundreds and thousands of followers.

Pet influencers are also no longer solely for cats and dogs.

In recent years, this group has slowly expanded to include pets such as rabbits, hedgehogs, hamsters, and plenty more (even pigs and chickens!).

With most pet owners wanting the best for their pets, it is no wonder that the pet industry is booming these days.

There are also pet insurances as well.

Our pets are no longer just animals… they are our best friends.

Why Are Petfluencers So Successful?

Is the rise of pet influencers surprising? Maybe not.

Everyone loves seeing photos or videos of animals on their social media feeds and going “awwww” after a long and tiring day.

Animal influencers also have the ability to reach animal lovers of all ages, and watching them play and smile at the camera is enough to melt our hearts.

These positive feelings associated with pets allow pet content to have higher shareability, which would mean a higher possibility of such content to go viral.

Which is incredibly useful for companies to achieve brand establishment (making them awesome influencers).

In addition, as compared to humans, pet content may seem a lot less pretentious, simply because pets are a lot more wholesome than people.

The number of pet influencers has increased so rapidly that there are now pet-centric social media agencies.

Here are some popular pet influencers we have on our sunny island:

If you’ve got pawrents who are internet-famous, there’s a high pawsibility you will be popular too.

Buncha is undeniably one of the most popular pets in Singapore on Instagram, boasting over 121,000 followers.

Its success can be attributed to its pawrents, who used to be Naomi Neo and Jianhao Tan, two of the biggest influencers in Singapore.

This Pomeranian sure has a good life.

Brossy is a Maine Coon with over 55k followers on Instagram.

He also has a famous best friend or girlfriend – Lucy, who’s equally adorable and has a strong following as well.

A love story better than Twilight.

Oscar is a floofy boi who could charm us with just a smile.

In the end, this Pembroke Welsh corgi garnered the hearts of many other strangers, as we can see from its number of fans today.

Who loves watching rabbits wriggle their noses or nibble passionately on their food?

Rabbits are slightly less common than dogs and cats in Singapore, but they can be equally popular and well-liked!

Ugs is a broken orange Holland Lop with over 26,000 fans on Instagram.

Guess there are many people out there who love watching it munch on apples and leafy greens.

How Much Can Pet Influencers Earn?

There are different types of sponsorships and campaigns pets can be a part of.

Just like regular influencers, how much your pet can earn would largely depend on your pet’s popularity and the types of engagement it is involved in.

If you’re looking to get started, one common method is to provide reviews for pet products.

This is because it has a lower barrier of entry, with just basic criteria and usually does not require a minimum following count.

As such, such assignments can be unpaid, but pet owners will receive these products for free in exchange for the review.

However, as your follower count starts to grow, the amount you can potentially earn starts growing too.

According to a TODAY article, Brossy’s owner mentioned that he can be paid up to $600 per post.

A quick breakdown of how much your pet can earn according to the number of followers:

According to a study by OnBuy Pets Suppliers, top tier animal influencers overseas are earning as much as US$32,045 (S$43,208) for a single sponsored post.

Besides monetary benefits, pet influencers could also receive branded items and vouchers which could add up to a substantial amount.

How To Make Your Pet Influencer-Worthy

Given that more pets are now looking to become pet influencers, the industry is quickly becoming competitive.

If you’re interested in leveraging on your pet’s cuteness, here are some tips from experienced pet owners that might help to make your pet a bit more famous.

Your Pet Stands Out From the Rest 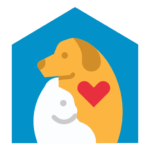 According to an established pet agency manager, one common trait among successful pet influencers would be that they stand out from the rest of their mates.

It could be that they are more unique-looking, or have special, witty personalities.

Some of the famous profiles are just pets being slightly extra chonky, or are extremely goofy in their own ways.

These accounts are usually a lot more endearing and have the ability to garner more fans.

In order to achieve a following, one important tip is to have consistent content on your pet’s page.

Some pet owners try to achieve that by doing daily posts, sharing snippets of the pet’s life every now and then.

Would You Want Your Pet To Be an Influencer?

While the pet influencer space is getting a little crowded, there is always still room for more to be onboard, as people would always want to see adorable animals.

On top of sponsored posts, many of the pets are even having their own merchandise lines or had collaborated with major brands.

Nevertheless, it takes a lot of hard work to reach that level of popularity.

And it should only be done if your furry friend is comfortable with it.

Also, please do not get a pet with the thoughts of just capitalising on it.

If you’re looking for one solely to make money off it, we urge you to click on that little ‘x’ at the top right-hand corner because we would be upset if such people are reading our articles.

And if you feel that you have lots of love to give, we urge you to look into adopting one and provide it with the loveliest fur-ever home. 🏠

For all pet owners, is this a potential ‘side-hustle’ you would look into? Let us know at our SeedlyCommunity!