This Singaporean Created Thousands of Jobs Over The Past 50 years, Yet Not Many People Have Heard About Him

This Singaporean Created Thousands of Jobs Over The Past 50 years, Yet Not Many People Have Heard About Him

You probably have heard about Lee Kuan Yew, a visionary in Singapore who shaped the future. However, this article is not about him. It is instead focused on the lesser known, operational aspect of the Singapore Inc. startup, the founder who led economic reforms to generate thousands of jobs. A man by the name of Philip Yeo.

For those who are between ages of 20 to 35 years old, the name Philip Yeo will probably not ring a bell. To be honest, I also only learned about him five years ago when I applied for a scholarship in his name. He happens to be one of Singapore’s most accomplished yet controversial civil servants who contributed significantly to various areas, specific to our military, economic and biomedical sectors. And yes, he is still going at it today, in his 70s.

I love the idea of ‘being neither Civil Nor Servant’… If you are keen to read more, you should definitely check out the book which was published by Peh Shing Huei, which I re-visited recently again to get some ideas on how I should think about the future economy today. 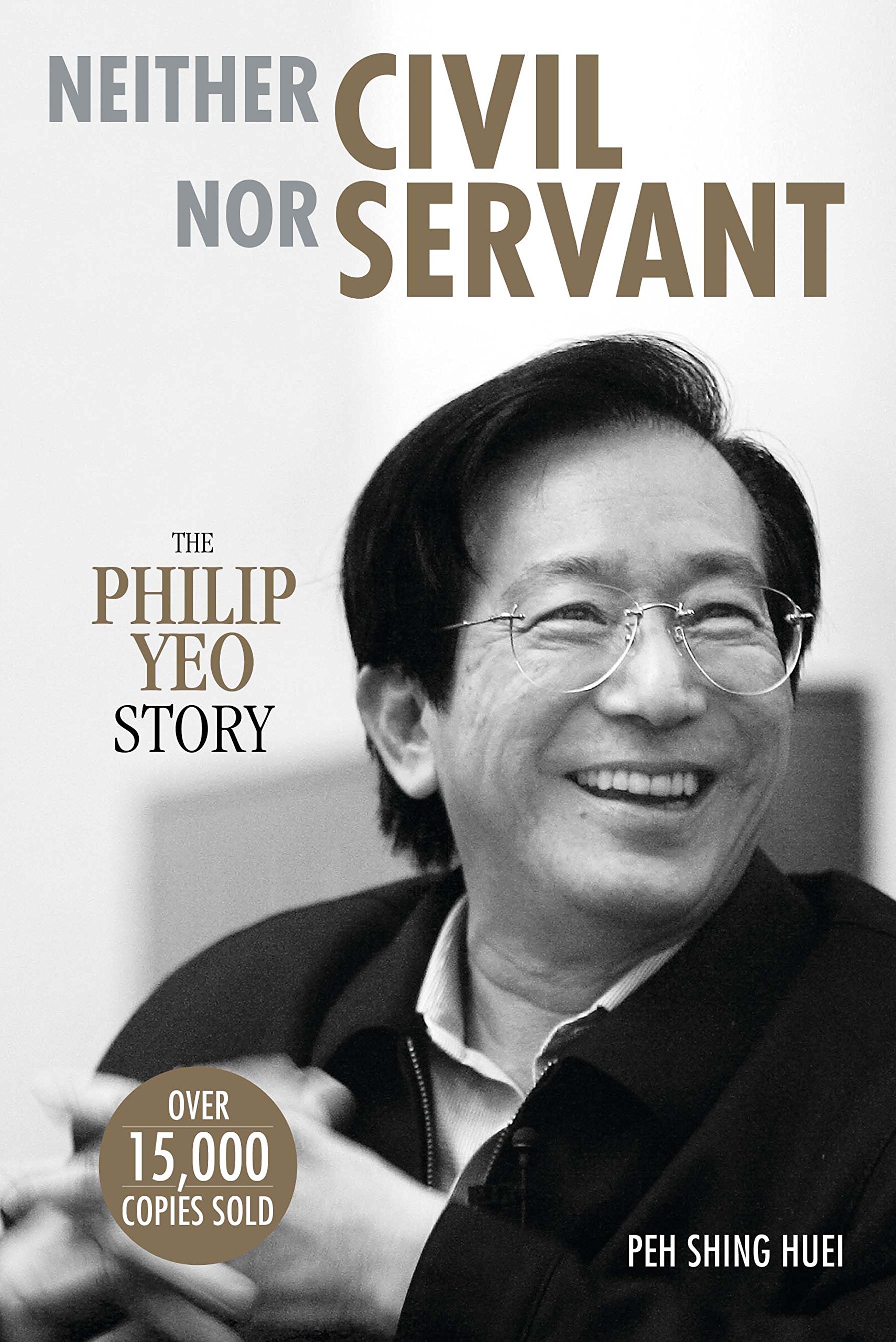 I have complied 3 key lessons as traits that embody his spirit, which he hopes to influence and inspire the next generation of leaders today.

The Hustler: Going against the grain in 1985

It was 1985 and Singapore experienced its first recession since independence. While many Multinationals (MNCs) were pulling out of the region, this one man believed in the long-term prospects of this region. He packed his belief in his suitcase and went hustling to get development projects and investments for this region based in Singapore.

Who was mad enough to invest in Singapore during a recession? Clearly the likes of John Sculley from Apple and Alan Shugart from Seagate who invested millions into manufacturing projects, kickstarting the economic resurgence as one of the four Asian Tigers in that generation.

Another crazy encounter around that same period the dream of Jurong Island. Not many people know this, but the role of petrochemicals in Singapore’s growth story is a huge one. It was a collection of small islands off the west side of Singapore which was transformed into one single island. The odds were well and truly stacked against him and his team.

With no land large enough to house petrochemical facilities, companies like Exxon, Mitsui and Chevron had zero confidence to invest into Singapore. However, this was not an issue for him. In a typical hustler fashion, he went out to sell projects with a promise, a dream of an international petrochemical hub. Long story short, the project materialised, and today the petrochemical industries in Singapore account for over 10 per cent of the country’s GDP.

The Talent Thief: Grooming the best and brightest

If there is anything Yeo is known for, it was the ability to spot talent and groom them into leaders. Leveraging off his own experiences as a junior officer under Then-Minister of Defence Goh Keng Swee, he was given the freedom to run projects and to grow his own set of abilities and competencies.

As he has repeatedly stressed, good mentors are ones who play a supporting role, giving mentees leeway to make mistakes and ultimately grow into responsible and effective leaders. The goal is to never dominate and controlling too tightly because individuals will never reach their full potential if they are constrained. 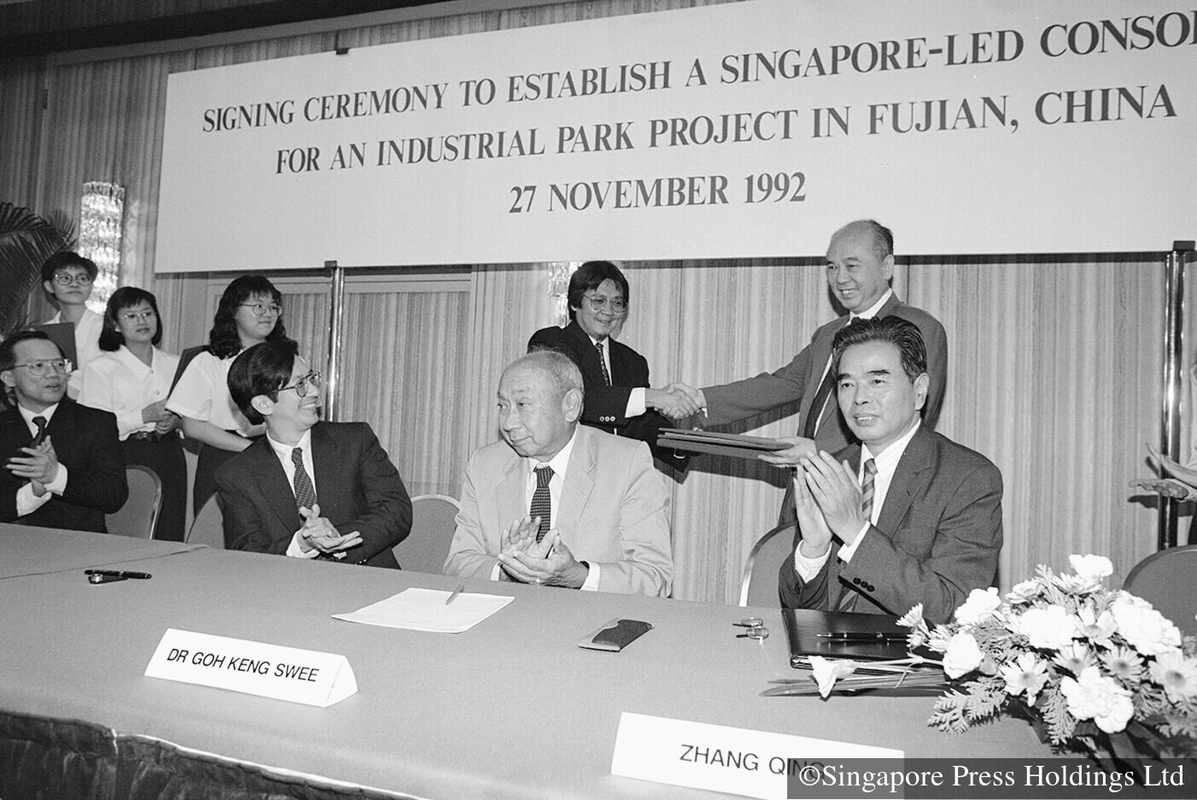 To date, he has groomed multiple leaders of industries and politicians like George Yeo, Lim Swee Say and others who are leading agencies like A*Star, NUS, JTC, EDB, National Gallery, and EDIS.

Next, was his focus on grooming subject matter experts. As the Economic Development Board (EDB) of Singapore, it was paramount that all the officers who were engaging in complex projects like Genomics, Information technology (IT) and Petrochemicals had to speak the language and terminologies in the respective sectors. Always “walk the walk, and talk the talk” essentially never backing down to a challenge if you truly know your domain knowledge.

Behind the scenes, when interacting with ‘Chairman’, he has stressed that if you have a mission larger than you, larger than your boss, it was always easier to do it first, and do it well. It’s a better option than going through multiple hurdles of red tape bureaucracy.

“It’s always easier to ask for forgiveness than to ask for permission.”

At the end of the day, those who you may have offended, will understand that you have done it in the interest of the masses rather than for personal gain.

The classic story was the one where he was tasked to oversee the project of Batam, Indonesia as a potential offshore labor sector for the Multinationals (MNCs) based in Singapore. After much consideration, he decided that he should go ahead with it and brought in millions in investments to build factories and warehouses. 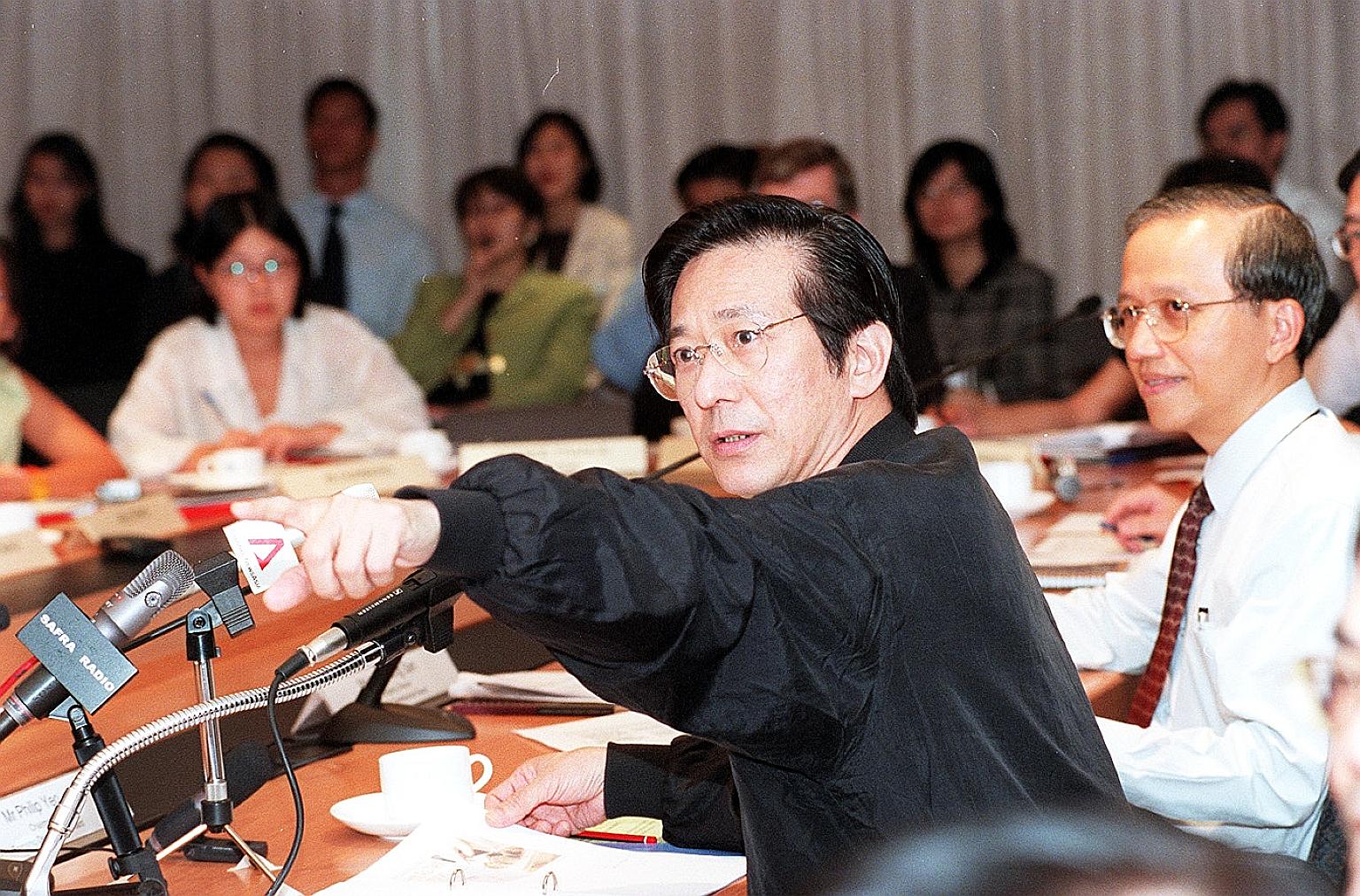 Here’s the catch: He had no land title or full documentation to proceed with the building of these projects. In his words, he “didn’t care” because he needed it to happen and was pressed for time as the MNCs who were in Singapore needed to reduce their operational costs.

The result? He did it in two years, where many others would have probably taken twice or thrice that time to make it happen. Eventually, on the ground breaking ceremony, the two senior officials were more than beaming with delight.

As illustrated in the three stories above, the man worked within constraints to do great things, not for himself, but for the economy of Singapore. He knew very well that he had to create thousands of skilled jobs and attract investments for the city-state to grow.

A lesson to founders? Be morally upright, and understand your mission very well. Stakeholders around you —- your bosses and your subordinates — may get offended but ultimately, if you are effective and driven to make things happen, they will be willing to forgive.

If you enjoyed some of the stories above, you can go deeper to understanding the mind of the maverick himself. One way would be to read the book titled: Neither Civil Nor Servant by Peh Shing Huei, which is available at all major bookstores. I hope you really enjoyed this quick book review. 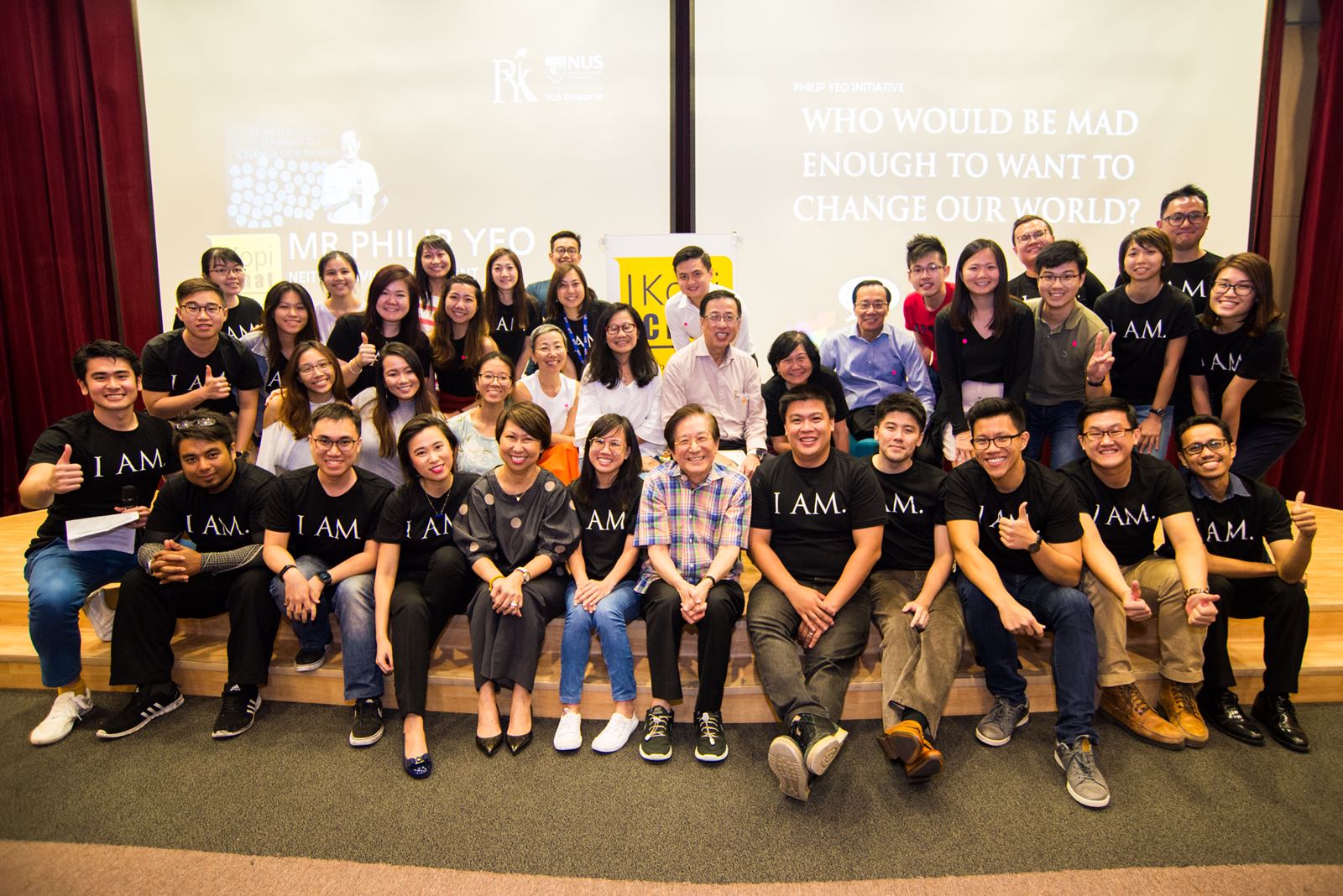 The other way, would be to join the Philip Yeo Innovation Fellows programme.

Embodying the MAD COW Spirit – Make a Difference, Change our World, we are in our 5th year anniversary of the program which aims to nurture a next generation of mission-driven leaders to create change in our economy.

The PYI is a ground-up movement, administered by NUS Enterprise, to honour Mr Philip Yeo’s contributions and to create a platform for him to develop people and talent. The PYI aims to grow the MAD sprit in the next generation of Singapore leaders.

Personally, I’m fortunate to be part of this mission as well, and we’ll be doing a series soon to drive massive awareness for the Persons with Disabilities in Singapore to increase their level of personal finance literacy.

The associates and change makers who are now part of the program include everyday folks who are working on helping Singaporeans rediscover the kampong spirit through technology, bringing awareness to persons with disabilities to helping people make smarter financial decisions and creating an inclusive culture for Singaporeans. You can find the full list of associates here.

Join the MAD COW mission to make a difference today!